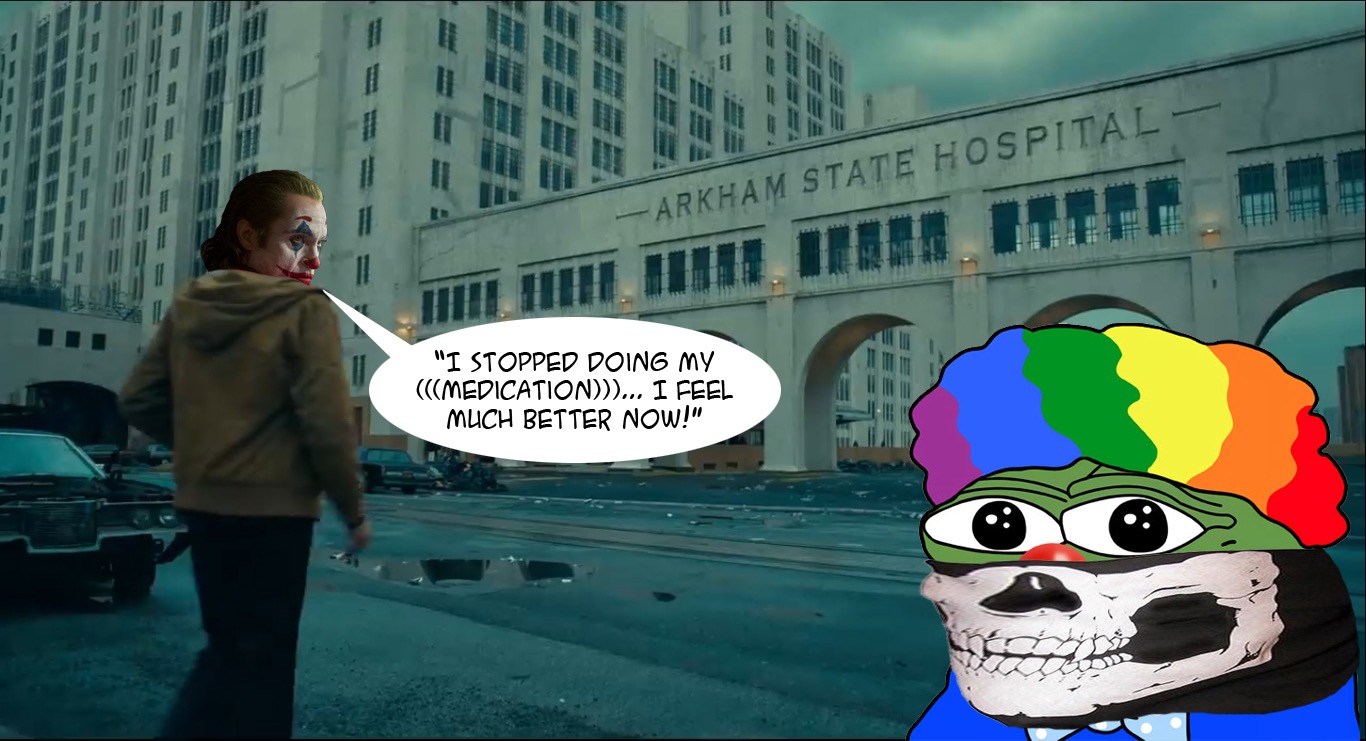 As you may have gathered XYZers, there are some things I identify with Joaquin Phoenix’s Joker (aka Arthur Fleck) on. Like Arthur I too have been assaulted by a gang of diversity thugs for holding a sign in public. Like Arthur I’ve been mocked and written off as “sick” by liberal media types who’re strikingly similar to both the Murray Franklin character and the anti-Trump / Polanski paedophile praising wanker who played him (Robert De Niro).

Mental illness is also shared territory, and like Arthur I’m starting to think I might be better off refraining from refilling my Risperdal prescription:

US pharmaceutical giant Johnson & Johnson has been ordered to pay A$11.8 billion in damages for failing to warn that its psychiatric drug, Risperdal, could cause abnormal breast growth in men.

Nicholas Murray told a court in Philadelphia that the drug, normally prescribed to treat schizophrenia and bipolar disorder, had made him grow breasts.

His attorneys, Tom Kline and Jason Itkin, argued the drug was linked to the incurable condition known as gynecomastia, and accused Johnson & Johnson of making billions of dollars while illegally marketing and promoting the drug.

Now anyone who has seen Psychiatry: An Industry of Death before probably won’t be overly shocked by this story. However those of us being bestowed the badge of “racist, Nazi, fascist, xenophobic, bigot” might do well to observe the neo-liberal establishment’s trajectory for “treatment”:

“Those who advocate making pathological bigotry a formal psychiatric diagnosis argue: Psychiatrists and other mental health professionals regularly confront extreme forms of racism, homophobia, and other forms of irrational hatred. Many patients holding these views are troubled and sometimes even disabled by them. Some individuals with pathological bigotry are frankly delusional, perceive themselves as “under attack,” and become overtly dangerous to themselves or others. We should provide diagnosis and treatment for these individuals because we may be able to help them, just as we can help other troubled patients. For example, some extremely hateful patients may be helped with psychotherapy or antipsychotic medication. Psychiatric diagnosis cannot avoid the social context of mental illness, and the mere fact that our diagnoses may be misused in the criminal justice system should not deter us from applying them.”