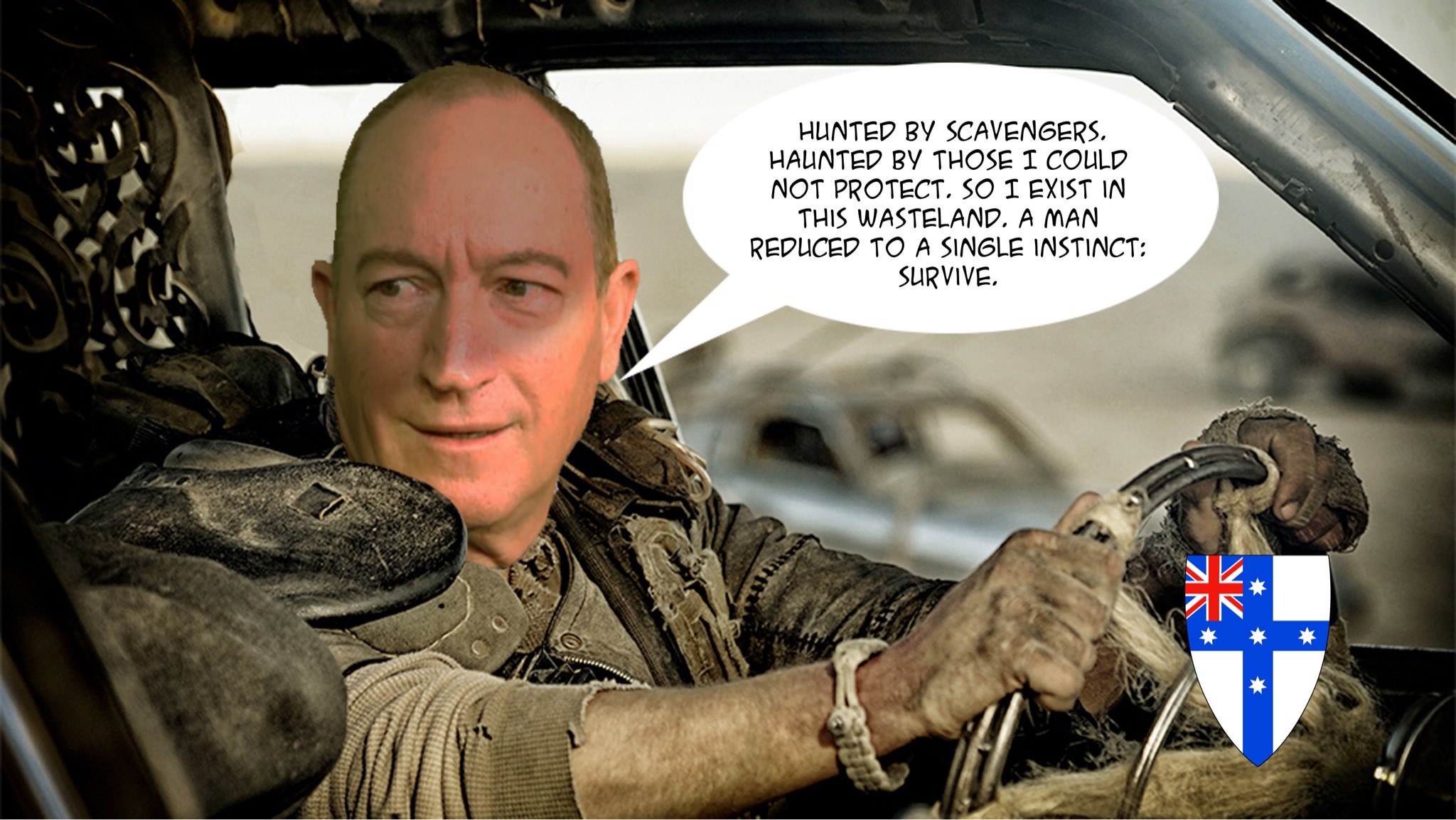 I’m of the opinion that the globalist garbage in Australia’s radical Left are about to learn the truism of “Be careful what you wish for, you might just get it”.

MSN presstitute Rohan Smith at News.com.au has reported that Australia is “rejoicing” over Fraser Anning not being re-elected to the Senate:

He stood side-by-side with Australians at a racist rally at Melbourne’s St Kilda beach where some performed the Nazi salute at counter-protesters.

He used his maiden speech in the upper house to call for a return to a “European Christian” immigration system and was roundly condemned for invoking the term “final solution” when addressing a perceived “immigration problem”.

He shared an image of a grieving family whose 19-month-old daughter went missing alongside the words “If you want a Muslim for a neighbour, just vote Labor.”

Social media has, as expected, revelled in the news that Anning will no longer have the platform to share his views.

KEK! Rohan Smith admits it’s “as expected” for social media (i.e. Facebook, Twitter, YouTube, Instagram) to salivate over Fraser not being able to share his views in Parliament, because silicon valley oligarchs have banned millions of Right-wing voices from their platforms, ostensibly turning these globo-homo platforms into Far-Left echo-chambers.

Meanwhile low testosterone Trotskyite social media “celebrities” like Will “Egg Boy” Connolly have rocked up to Labor’s election party only to be left wanting an Aussie pizza from Comet Ping Pong:

If Australia’s radical Left sincerely thinks denying the “dangerous Far-Right” a sympathetic voice of representation in the Parliament is going to make us any less committed to our cause, then they truly are delusional.

“My world is fire and blood”.