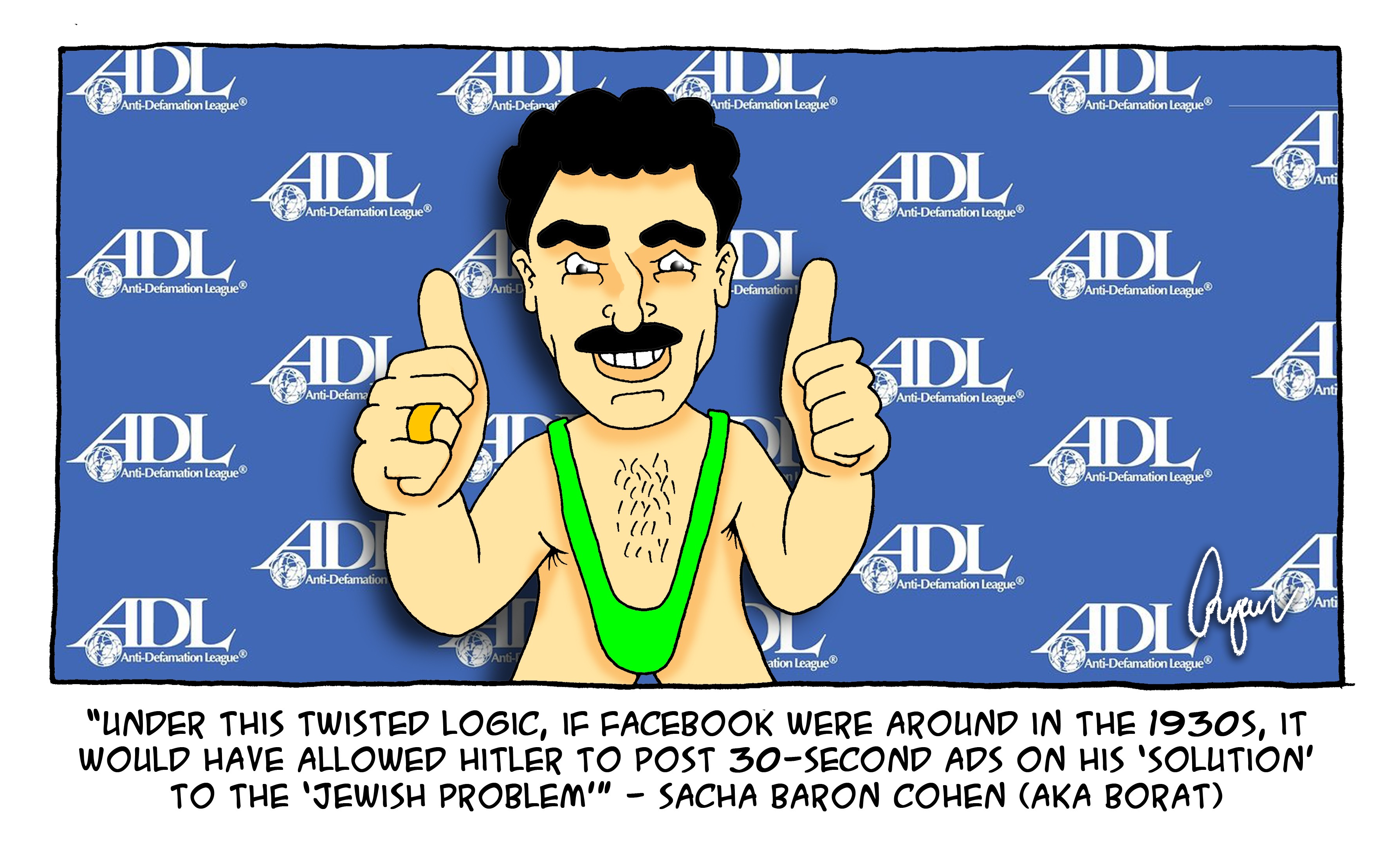 It appears Sacha Baron Cohen, the guy who brought us such hit tunes as ‘Send the Jews down the well’, has a problem with Facebook supposedly spreading “racism and antisemitism”:

Sacha Baron Cohen has had it with social media.

Speaking at the Anti Defamation League’s International Leadership summit on Thursday night, where he was accepting an award, the actor and comedian criticised social media — especially Facebook, Twitter, and YouTube — as “the greatest propaganda machine in history.”

Baron Cohen blamed the tech companies for stoking the fires of bigotry and enabling the spread of dangerous conspiracies, often fueled by algorithms designed to keep consumers hooked.

As just one example, the actor cited Facebook’s recently unveiled news section, which includes the far-right website Breitbart as one of its sources.

As another, he pointed the finger at social media companies for the way they provided far-right conspiracy theorist Alex Jones and his fringe media outlet InfoWars with platforms and millions of views until banning him amid a wave of criticism last year.

As I’ve previously commented on the reaction to Facebook, the platform is ostensibly a moonbat dominated milieu that has blacklisted millions of conservative, right-wing, reactionary, nationalist and pro-gentile patriotic voices from its platform.

Media outlets like Breitbart (which was conceived in Israel) and pro-Israel “performance artists” like Alex Jones over at Infowars are offered up as examples of “far-right” media, as they rest inside the kosher approved parameters of the Overton Window.

Alex Jones in particular stressed on Thursday that he is the antithesis of Hitler.

If milquetoast media like Breitbart and Infowars are what passes as “racist and anti-Semitic” content while the Anti-Defamation League supports violent racial supremacy for Israel, then no wonder pressure is growing to drag the Republicans further to the Right.