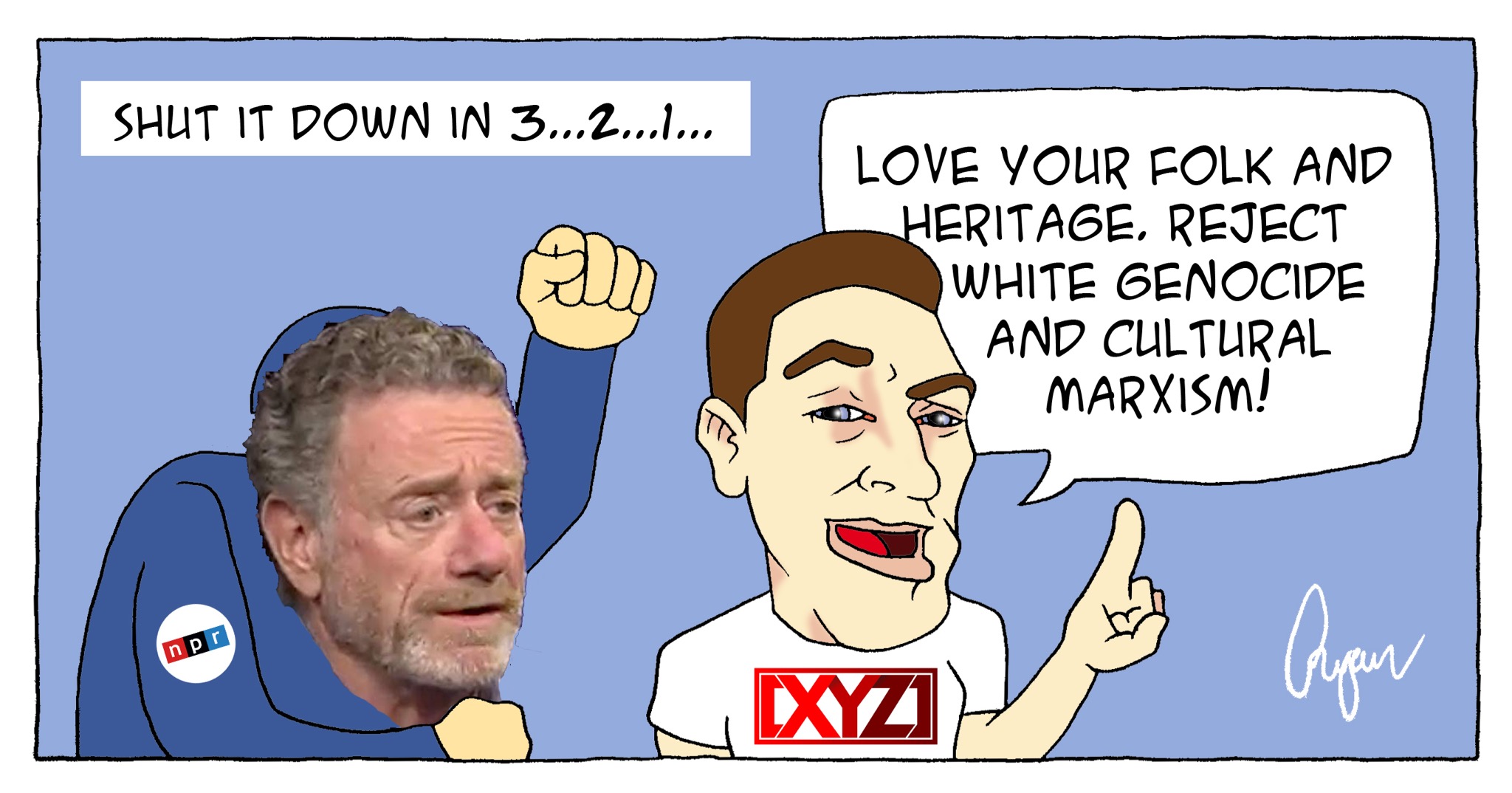 That list, rattled off on the spot, is nowhere near exhaustive, but it shows the complexities of trying to better understand far-right violence, which federal authorities say is the deadliest and most active form of domestic extremism. The labels the researchers use to code attacks are part of a wider debate over what to call the far-right threat — and how politics plays into that debate.

Firstly, if NPR considers it a “threat” to be persuaded by convincing fact-based arguments, such as Judeo-Islamic values being antithetical to White Christians or the SPLC knowingly lying about White genocide, then I suggest they dose up on their Haloperidol and head to their nearest Far-Left safe-space.

Because what Mohn’s minions fail to acknowledge is that the momentum for the so-called “Far Right” is largely fuelled by Far Left fanaticism being given carte blanche control over the corporate controlled noosphere in cyber-space.

Whether it be praising abortion (aka infanticide), giving cross-sex hormones to “transkids”, glorifying STDs, romanticising drug abuse, opening the borders to hostile foreign invaders, rallying to redistribute wealth from producers to mouth-breathers, or framing “minor attraction” (paedophilia) as a part of the “sexual liberation movement”, the Far-Left seeks wholesale communism while chanting “tikkun olam”.

But fear not, polite BBC asset Louis Theroux is being deployed to psychoanalyse those of us with a bad case of “authoritarian personality” disorder:

“They have been risible, and I have regarded that as one of the reasons it’s been acceptable to talk to them,” he told the ABC.

“There’s a sort of nativist, or what they call ethno-nationalist politics, that’s become mainstream political discourse and I think that’s worrying.”

FYI Louis was the guy that propelled Lamb and Lanx Gaede to international fame/notoriety.