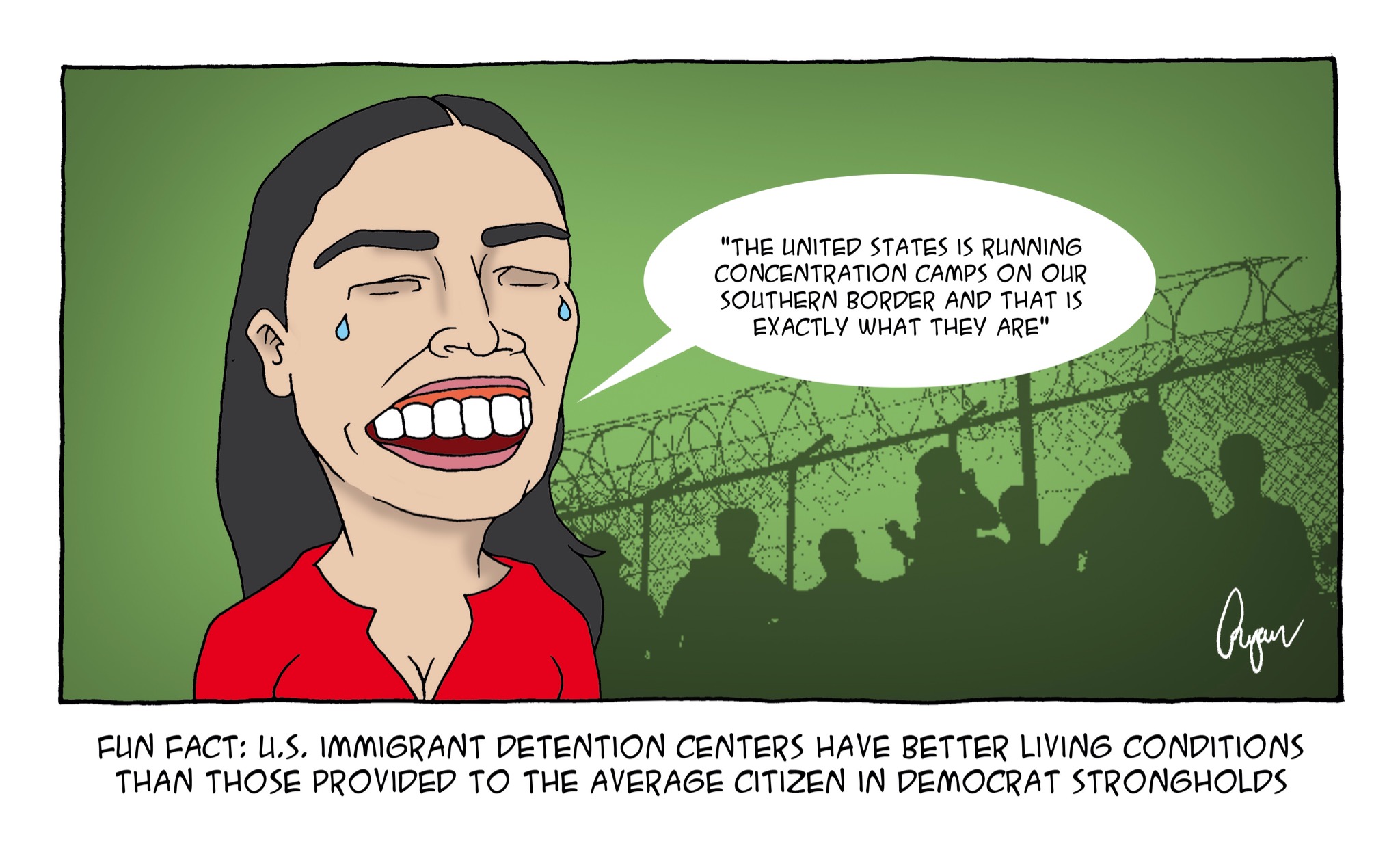 Call me crazy but I truly love Rep. Alexandria Ocasio-Cortez (AOC). She says the darndest things.

After Rep. Alexandria Ocasio-Cortez (D-NY) used “concentration camps” and “Never Again” together — a unique reference to the Nazi death camps — and then retweeted leftist Jews hoping to justify the linkage while she simultaneously denied that she ever connected them in the first instance, I honestly thought it couldn’t get worse.

Ocasio-Cortez (AOC) rapidly invented a way to attack those condemning her comparison of detention centers at the border to Nazi death camps. She employed a false dichotomy: She said we must “fight the camps — not the nomenclature,” as if it were a binary choice.

This article by Rabbi Yaakov Menken makes me grin, especially when I reflect back on this Food For Thought from January, where AOC was accusing President Trump of stoking anti-Semitism (honk, honk).

However, I’m personally of the opinion that AOC has read this ripper write-up by XYZ editor David Hiscox:

“The irony here is that another genocide, the holocaust, has become an inflammatory term used against white people in order to carry out our genocide. Aside from the red herring of boosting economic growth, the number one justification for mass non-white immigration into white countries is the holocaust – we are told that nationalism and a sense of white, European national identity was what caused World War 2 and what is believed to be the death of 6 million Jews under the German national socialist regime. To prevent this ever happening again, we are told that our societies must become multicultural through mass non-white immigration.”

Thus she is trying to goad-on globalism with a game of Godwin’s Law. FYI I love that game Alexandria and you’re doing an awesome job at making The Democratic Socialists of America (DSA) look like fruitcakes, while bolstering brilliance from the likes of David Hilton.

It’s a testament to clown-world that AOC, the founder of the Green New Deal, is an elected member of Congress as opposed to a panel member on Jerry Springer.