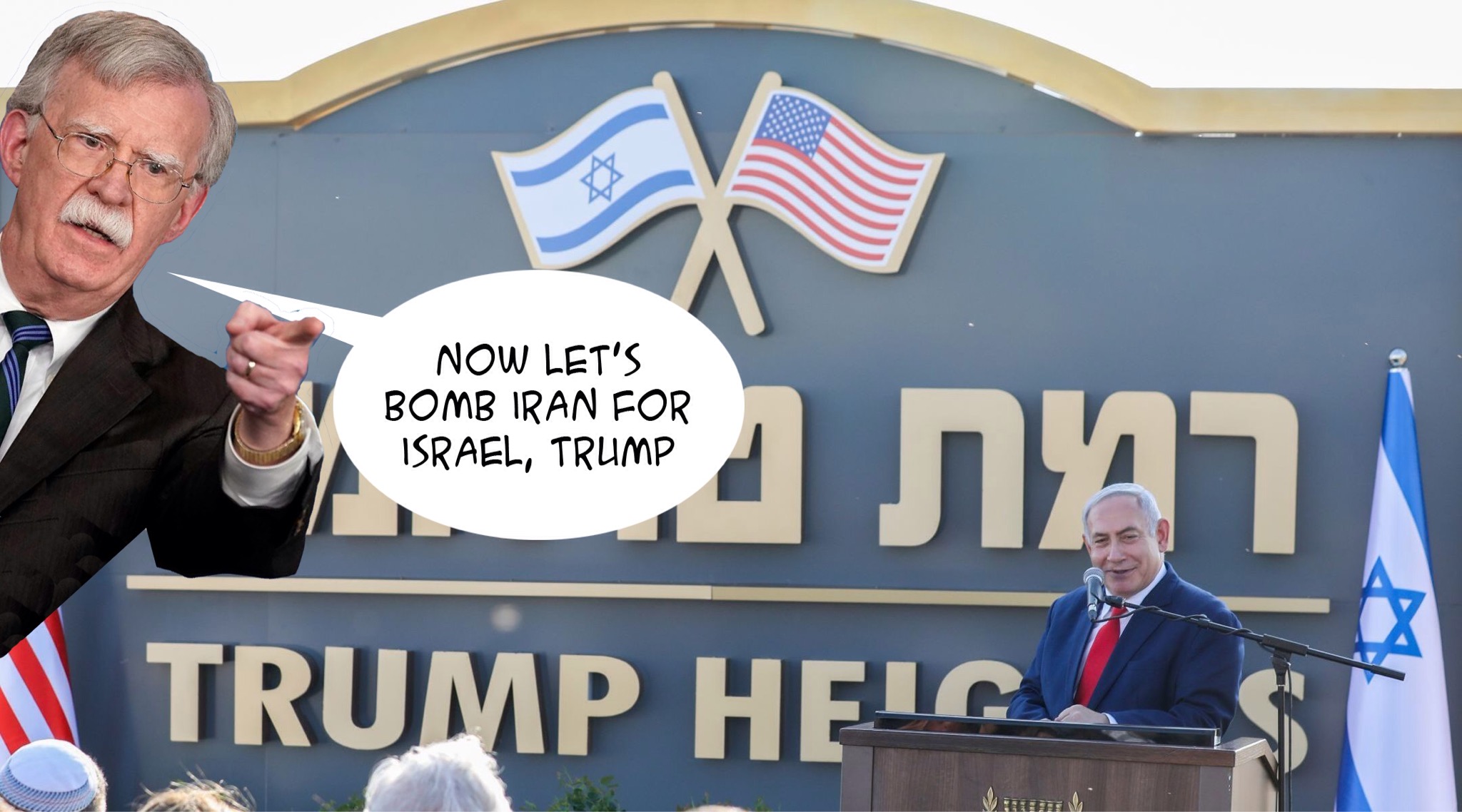 Israeli Prime Minister Benjamin “Bibi” Netanyahu appears to be playing to US President Donald Trump’s love affair with putting his name on property:

The name, a nod to the US President, follows Trump’s formal recognition for Israel’s sovereignty over the Golan Heights. The Golan Heights, a mostly hilly region which borders Lebanon, Syria, and Jordan, was captured by Israel in the 1967 Six-Day War and Israel considers it a part of its state, though much of the international community considers it to be occupied territory.

In a ceremony on Sunday, Netanyahu unveiled the community’s sign complete with interlaced Israeli and US flags, and said the move honored “a very great friend of the State of Israel.”

This PR move by Bibi has been strategically carried out following two attacks in the Gulf of Oman (in May and June), which have been blamed on Iran by Trump’s national security advisor John Bolton and secretary of state (and former CIA director) Mike Pompeo. However, there’s no real evidence of Iran being involved and many reputable sources are suggesting the attacks to be false flags (with Saudi and Israeli involvement).

Hence why some people might see this stunt by Bibi as a way of incentivising President Trump to side with neo-conservative Bolton and Pompeo, who have been seeking a war between America and Iran:

In what may be marching orders for his national security advisor, John Bolton, US President Donald Trump tweeted last week: “Hearing word that Russia, Syria and, to a lesser extent, Iran, are bombing the hell out of Idlib Province in Syria, and indiscriminately killing many innocent civilians. The World is watching this butchery. What is the purpose, what will it get you? STOP!”

However, Tucker Carlson (one of the most popular and trustworthy commentators in America) has been calling John Bolton out as the psychopathic rat that he is: