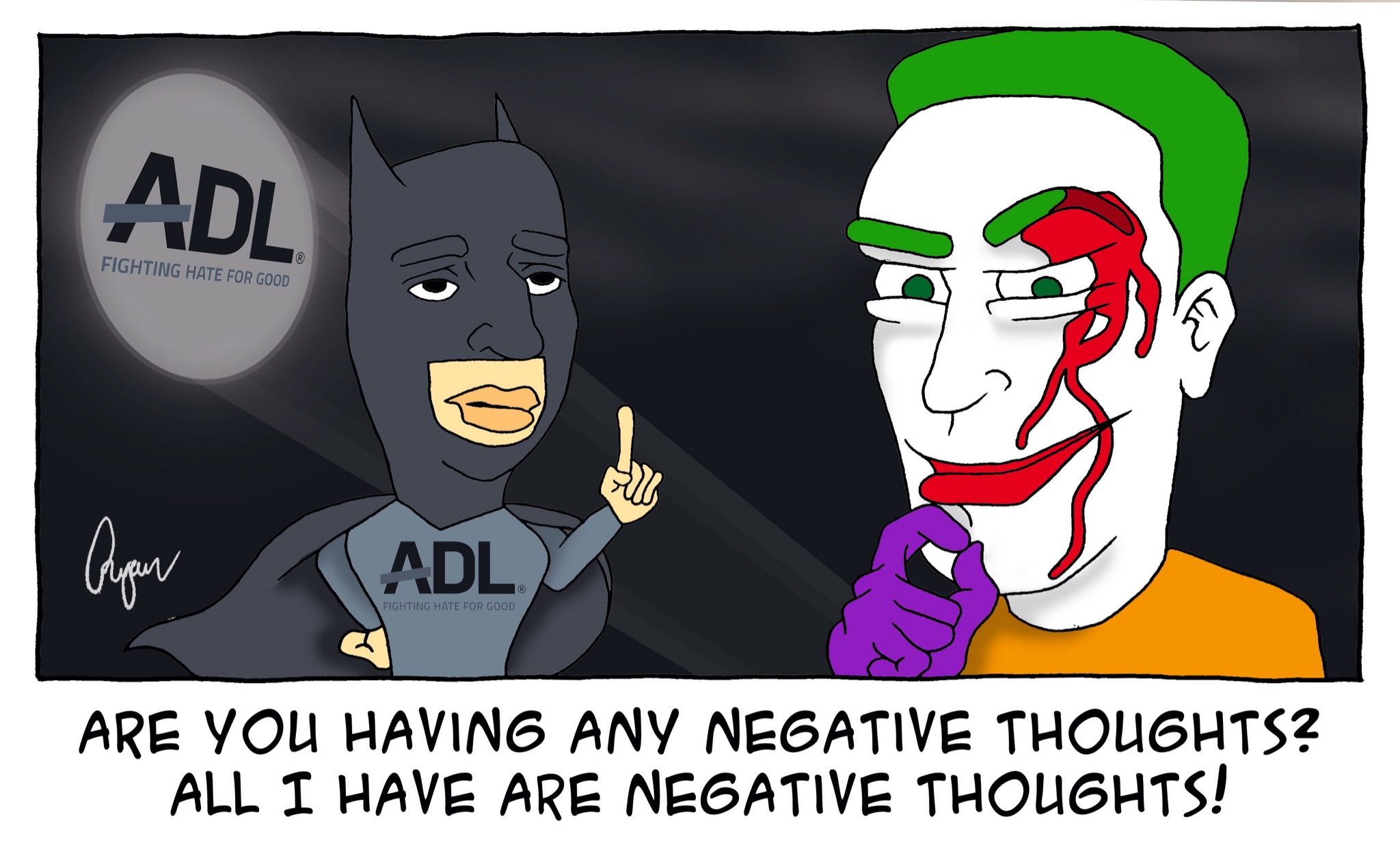 Batman, created by artist Bob Kane and writer Bill Finger (yes Bob and Bill are Jewish), is one of the most successful characters in the DC universe. Which is why many folk can’t wait to see the new blockbuster film Joker:

The Joker has gotten a bad rep over the years after James Holmes shot up a screening of the The Dark Knight Rises (which featured Heath Ledger’s rendition of the Joker) in Aurora, Colorado. Holmes was a Batman universe fanatic who was later diagnosed as being clinically insane. (Maybe it was working as a counsellor at a Jewish-run camp that pushed him over the edge).

Lately White Nationalists have been getting their clown on, namely because people like Jonathan Greenblatt (aka Blattman) have been vamping up globohomo’s grip around “whitey’s” throat. Ergo the privileged affluent “globalist” oligarchy is Bruce Wayne and the downtrodden vilified underdog is the White cis male praising KEK.

Of course the Zionist corporate controlled media’s talking heads and the governmental golems will be quick to point out that those engaging in weaponised comedy are villainous enemies to their multiculti Marxist minority milieu of “diversity is our greatest strength”.

Thusly Blattman and his Justice League have “a life-interest in making mankind sick, and in inverting the concepts of ‘good’ and ‘evil,’ ‘true’ and ‘false’ in a mortally dangerous and world-maligning sense” in the words of Fredrick Nietzsche.

The White man may be reluctantly cast as the Joker, but in the prism of kosher clown-world he is hardly the villain.