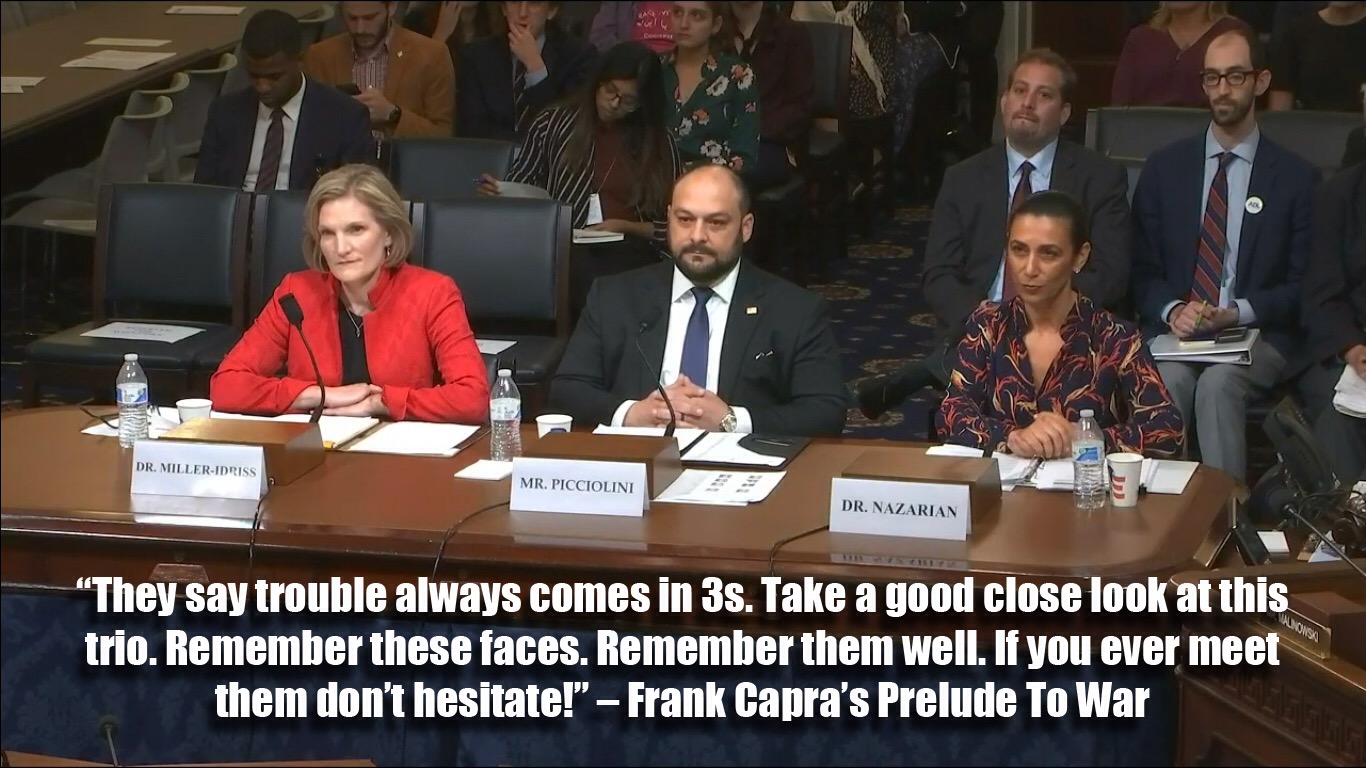 Following on from a previous Food For Thought, discussion has been brewing with regards to a Homeland Security Committee Joint Hearing into “Meeting the Challenge of White Nationalist Terrorism at Home and Abroad”.

SPOILER ALERT: No-one at the hearing was a White advocate, and most were virulently hostile to the very existence of White people continuing to exist as a people.

It consisted of the following panellists:

Cynthia Miller-Idriss – an Academic from American University who’s “research is on extremist youth cultures and on the internationalization of higher education.”

Sharon Nazarian – a senior representative of the Anti-Defamation League (ADL), which is a Jewish Supremacist masquerading as an “anti-hate group” founded to support a convicted child rapist/murderer who happened to be a B’nai B’rith president (what a coincidence). Nazarian is also a member of the Council on Foreign Relations (CFR).

Christian Picciolini – a violent “reformed neo-Nazi skinhead” who has been given a TV show on MSNBC called ‘Breaking Hate: Confronting the New Culture of Extremism’ and a couple of book deals by the ADL (so absolutely no conflict of interest…NOT!).

Picciolini, who used to hospitalise Blacks for a hobby and now works with the terrorist and mafia connected ADL (who openly supports making Israel a Black free country), had this to say about the White Replacement that’s occurring:

Notice how Picciolini acknowledges the trends resulting from subsidized infanticide (decreasing White births) and the opioid epidemic (increasing White deaths), but further states that greater suppression of Whites must occur with regard to the “climate crisis” and “refugee crisis” so as to prevent us from organising in our own interests.

To remind readers of who we’re up against I suggest reflecting on these apt words from Sam Hyde:

“Do not forget that these people want you broke, dead, your kids raped and brainwashed, and they think it’s funny.”