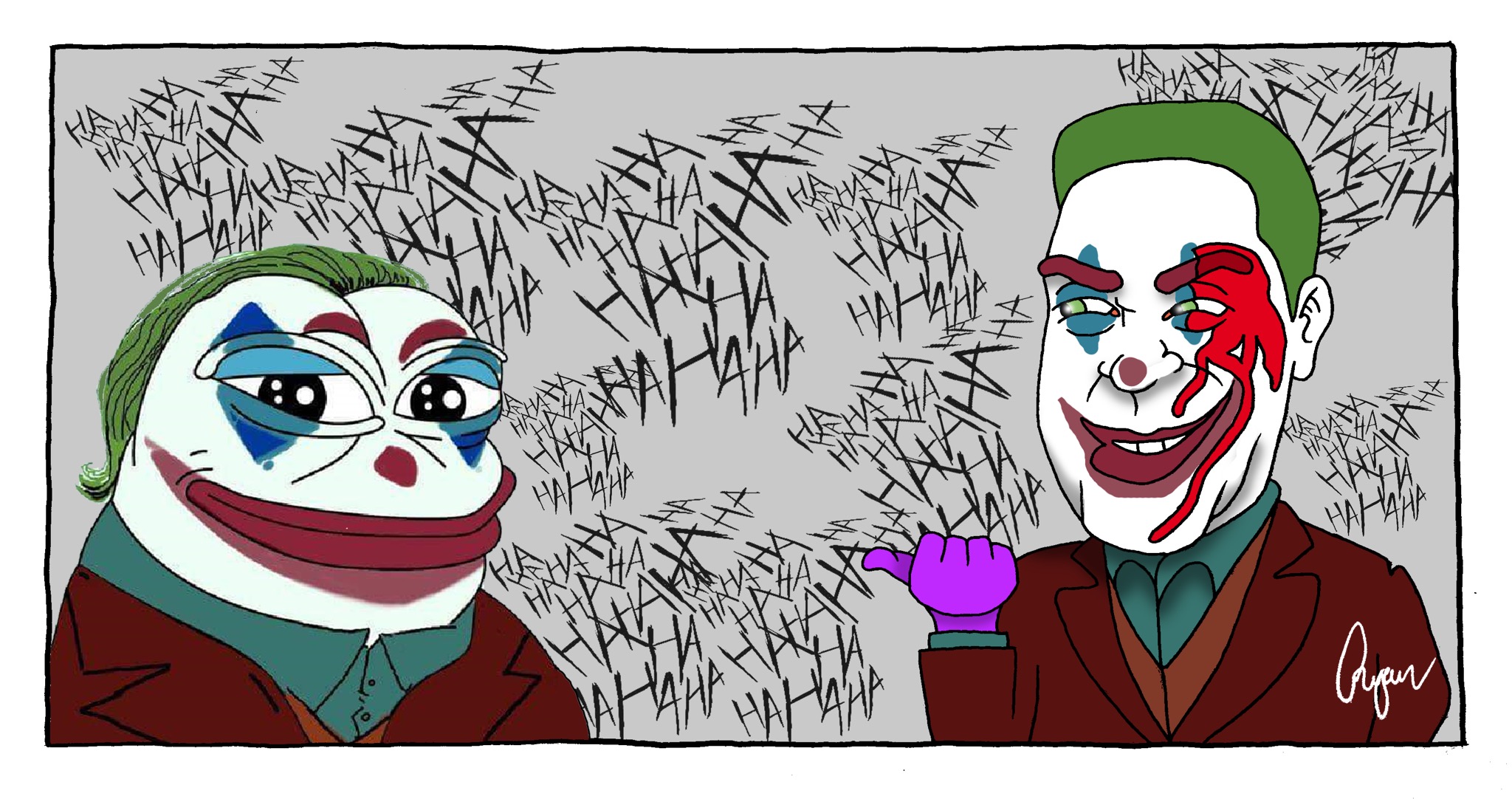 Most people who’re cognisant of the world around them know that White Nationalists have been cast as “terrorists” by the kosher globohomo system.

White Nationalism in the current year being defined as anyone who wants to live separately from a depraved system that incentivises abortion orgasms for women, puberty blocking drugs and drag shows for kids, and depraved services for powerful oligarchs who viscously inflict the life-destroying opioid crisis and sickening pornography on our people.

We’re the villainous anti-heroes of the pig system that imbues hasbara as heroism. Hence the “right-wing” undertones being attributed to the upcoming Joker film (release date October 4th, 2019).

While there is some debate as to whether appropriating the iconic villain is wise optics (as some of the film’s notable creators and financiers are Jewish, as is Joaquin Phoenix who’s love interest in the film is a mulatto single mother), it’s important to note Aish HaTorah’s remarks from over a decade ago with regards to the Joker:

The Joker’s sadistic humor is far from the traditional Jewish approach, which uses humor to help overcome misfortune and maybe even make the world a better place. This idea has its roots in the book of Proverbs, where King Solomon writes: “A joyful heart is good medicine; a broken spirit dries the bones”…

In the Batman films, the Joker also employs a similarly dark sense of humor, but more closely resembles a concentration camp guard than a prisoner.

While it is plausible that the Joker meme has been crafted as an elaborate coulrophobia COINTELRPO to shutdown honklers as “hate-criminals” it also brilliantly reveals the fragile and neurotic ridiculousness upon which globohomo is built.

Send in the clowns?