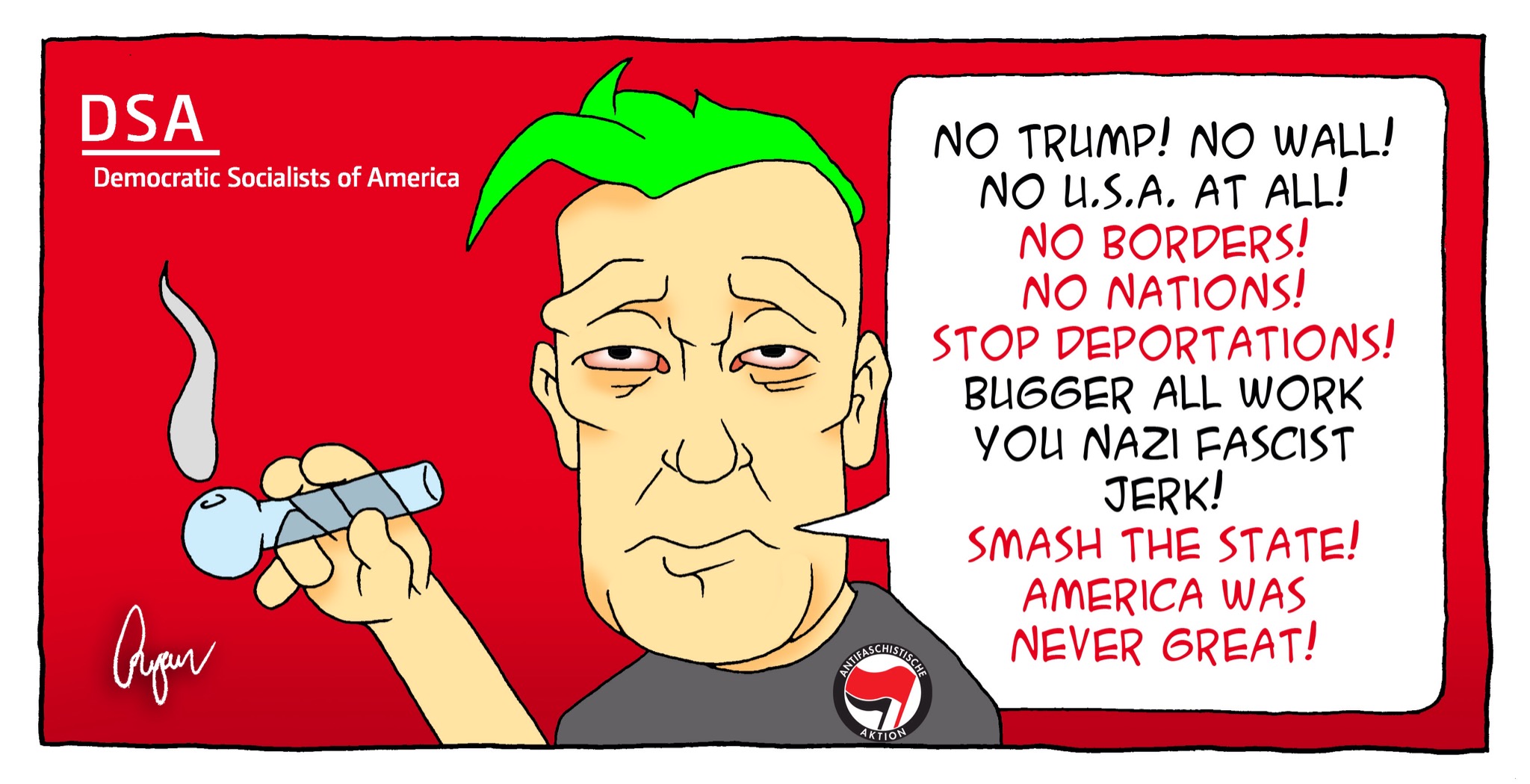 It appears the black bloc rejects who use violence to bring about “a world without capitalism, without private property … that is socialist and communist” are making the headlines today with their “direct action against racism” (or something). The Daily Caller reports:

Washington, D.C. Antifa leader Joseph “Jose” Alcoff, also known as “Chepe,” was arrested and charged with multiple felonies in Philadelphia on Jan. 10 in connection to the Antifa mob attack against two Marines in November.

The Marines, Alejandro Godinez and Luis Torres, testified in December that a group of 10 to 12 Antifa members called them “Nazis” and “white supremacists” and attacked them on the street despite their denials that they had no association with the right-wing group demonstrating nearby.

During the attack, Godinez said he shouted “I’m Mexican” at the mob, which allegedly led the attackers to call him a “spic” and “wetback.”

Those of us who’ve been marked with the moniker of “Nazi”, “Fascist”, “Far right extremist” by the crack-head communists using the Cloward-Piven strategy to destroy the White Western world, are often bemused by the sheer tone-deafness these dullards have towards their own psychotic actions.

As the stewards of the “White Western Patriarchy” we are a necessary if not sufficient force for building a nation, while our wretched opponents seek only to destroy. Thus playing chicken with those that have a death wish only works to their advantage.

“We are not the extremists anymore. The anarchists who are setting limos on fire, cutting their dicks off, and encouraging prepubescent children to join them, are the extremists. The politicians and TV talking heads who refuse to call that lunacy what it is, are the true threat to American values.”