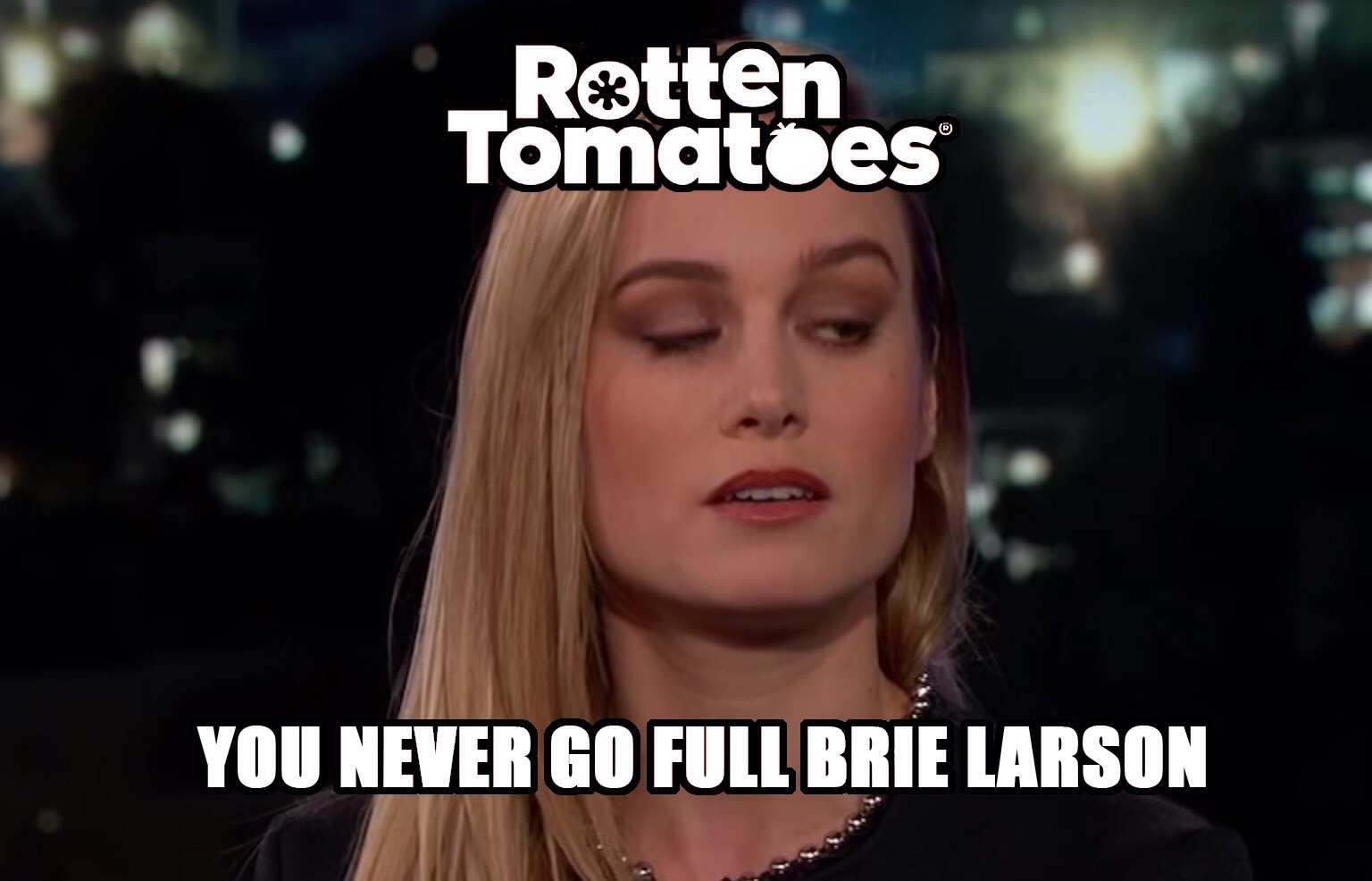 It appears Rotten Tomatoes are vamping up their censorship of movie going audiences:

Starting this week, Rotten Tomatoes will launch the first of several phases of updates that will refresh and modernize our Audience Rating System. We’re doing it to more accurately and authentically represent the voice of fans, while protecting our data and public forums from bad actors.

Rotten Tomatoes, which is owned by Fandango CEO Paul Yanover, made this decision an hour after its “White-male dominated” user base depreciated the new Captain Marvel’s “want to see” score from 96% to 26% before disabling the site’s tool.

Something to do with actress Brie Larson (the anti-White feminist nut-job who plays Captain Marvel) declaring last year that “I don’t want to hear what white man has to say” in a string of anti-White and anti-male tweets such as this: 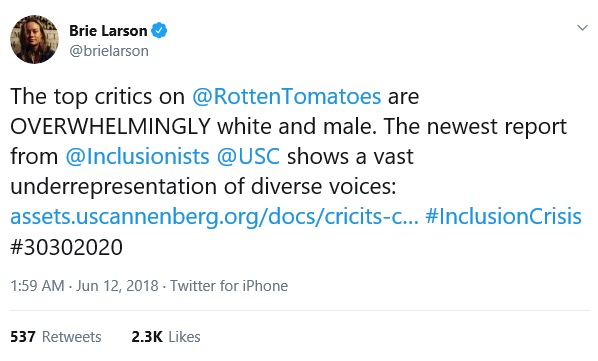 Hence my sincere lack of surprise when Rotten Tomatoes made this decision not long after:

Imagine my shock that a film based on a comic-book produced by Jewish writer Stan Lee is now at the centre of debate as to whether White men are allowed to criticise the films being disseminated in their society.