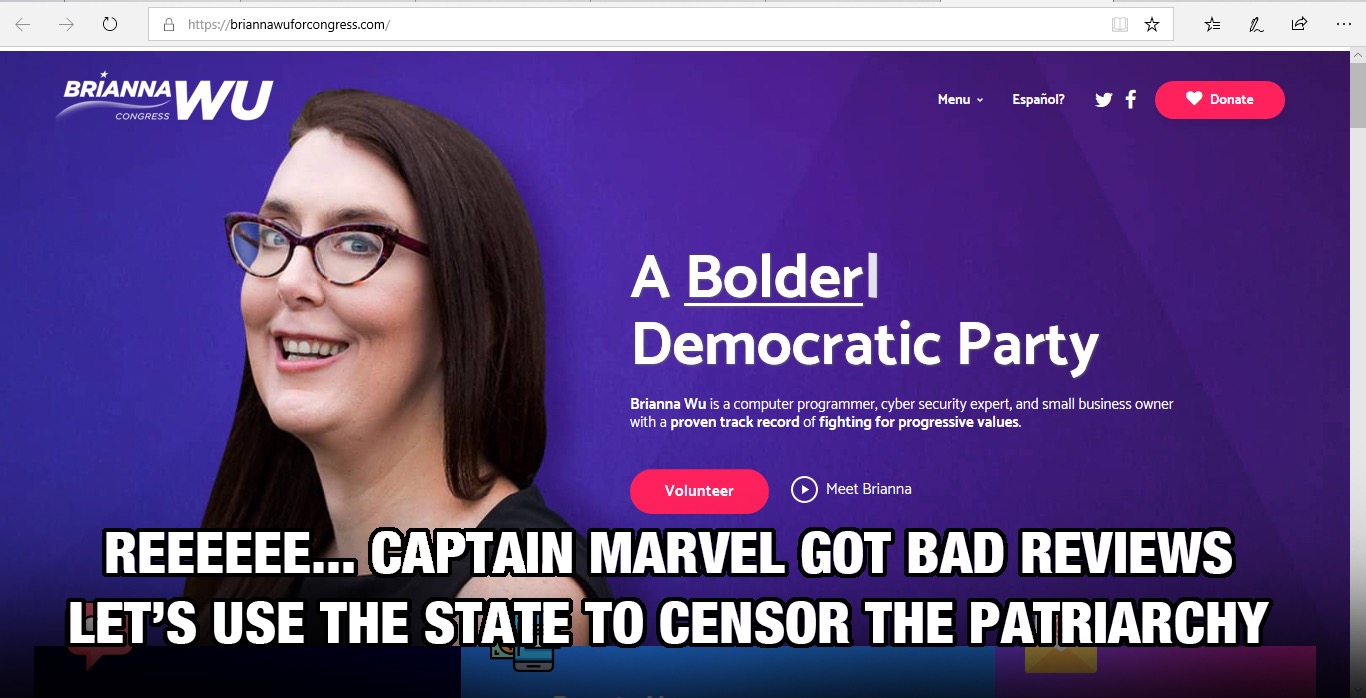 UPDATE: Following on from my previous Food For Thought, Rotten Tomatoes has deleted around 40,000 to 50,000 reviews overnight in an attempt to curb the abysmal audience score for this fiasco of a film (Captain Marvel going from a 31% rating to a 51% rating as of time of writing):

“Wu claims that Captain Marvel was targeted by trolls due to featuring a female actress in the lead role, the recently lifted review embargo serves as contradictory evidence to her assertion. The film currently holds an average rating of 65 on Metacritic from both male and female reviewers. Despite claims that the movie was being targeted for review bombs before release, most ‘negative reviews’ were merely people stating that they would not be interested in seeing the film.

Wu: “I think there is certainly a role in Washington for us to address what women face both in the tech industry and what users face on the other side. Something we’ve seen is really big promises from Facebook, from Twitter, from Reddit, from all these companies, that they’re going to address this situation. For me, looking at this in 2019, it’s very hard for me to point at one thing that has concretely changed for women in the tech industry. So I do think Washington has a role to play.”

“Wu is far from the only influential personality calling for deplatforming or censorship of those who have taken issue with Captain Marvel. Larson’s co-star, Samuel L. Jackson, recently stated that giving “a voice or a platform to people who normally don’t have a platform is part of the problem.” Negative comments and a pervasive lack of audience interest led internet review aggregator Rotten Tomatoes to remove their ‘Audience Interest’ scores across the website. SyFy Wire’s Editor-In-Chief Adam Swiderski also called for audience reviews to be completely removed from Rotten Tomatoes.”

Samuel L. Jackson, like Brianna Wu, had been publicly declaring his unhinged seething hatred of Donald Trump throughout the promotion of the film, which has only complimented Brie Larson’s repeated anti-White and anti-Male remarks:

Isn’t it ironic how Captain Marvel, which was originally written as a “Protector of the Universe” is now being used as a pretext for protecting the film from universally bad reviews.