Remember when you were a kid at the movies, how excited you’d get when, at the moment when evil seemed all-powerful and all hope seemed lost, the hero would find a last deep reservoir of strength to draw from, kill the villain, get the chick, save the world and restore your faith in a moral universe?

I do. And that’s pretty much what the rise of Fraser Anning looks like today. Arthur drawing Excalibur, Beowulf decapitating Grendel’s mother, Van Damme in Bloodsport using his ninja skills to destroy Li while he’s blinded and win the Kumite for the glory of his race and the honour of his sensei.

What a time to be alive.

The objects of Fraser Anning’s Conservative National Party are to promote:i) the vision of Sir Henry Parkes…

You had me at “an English speaking, predominantly European Christian Commonwealth”, and it only got better from there. Focusing on assimilation and the family as the fundamental unit of society is a return to the commonsense approach we had before the cultural Marxists inverted our thinking as a means to destroy us. Restoring the sacrosanct rights of the individual to speech, property, firearms and private enterprise unfettered by Big Sister control freaks is a masterstroke of political genius.

If those objectives don’t resonate with you in your Anglo-Celtic Aussie bones, you need to cut the soy out of your diet.

The free-market fundamentalists are going to kvetch a little at the emphasis on collective bargaining and an end to usury (!), but they need to ask themselves whether their cult has served the interests of the working man in this country. Free market ideology has been great for everyone outside the West. It has been terrible for those of us who have seen the effects of deindustrialisation, outrageous asset inflation, the loss of work security and the use of debt to make ends meet. If you’re uneasy at anyone questioning free market ideology, Vox’s explanation of his transition away from that philosophy of rootless cosmopolitanism might get your noggin joggin.

Let’s leave the quibbles about economics, demographics and religion to the side for the moment, though. This is a time for us to purge those blackpills, sharpen our swords in Minecraft and prepare for battle. This fight is going to be hard and it’s going to be long.

But at least now, we’re fighting back. 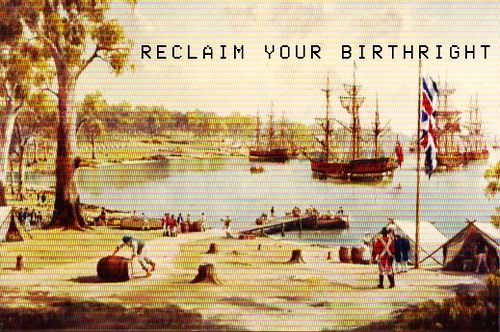