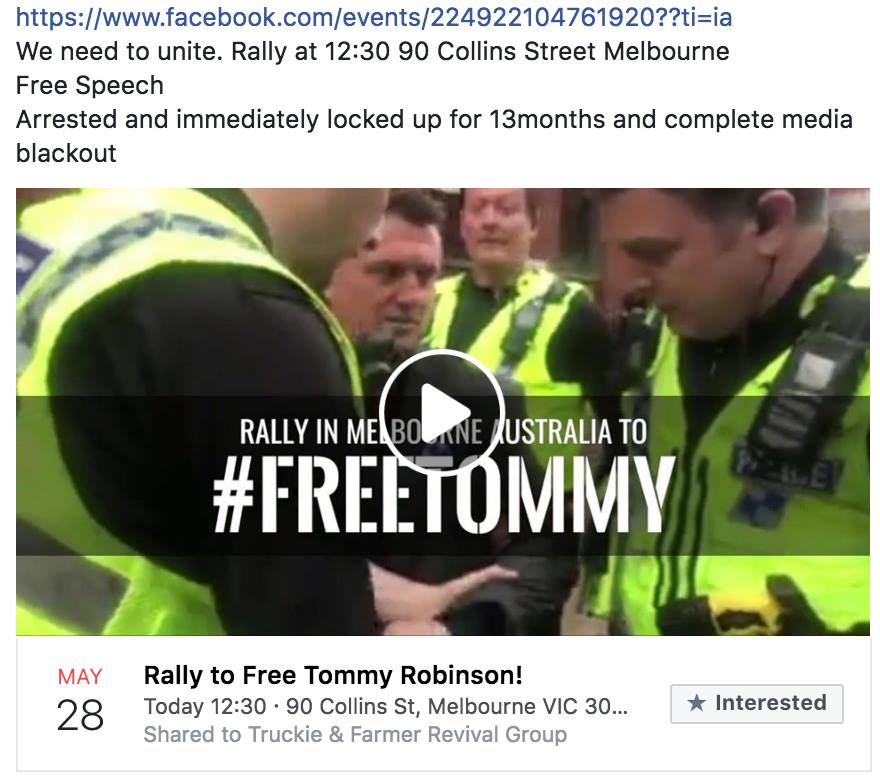 Today, Monday 28th of May, rallies will be held at British consulates in Australian capital cities in support of Tommy Robinson, who was jailed for 13 months while reporting from outside a courthouse in Leeds, where accused members of a Muslim grooming gang were to be sentenced.

Here is a list of the times and locations of the planned protests:

Senator Malcolm Roberts has promoted the events on Twitter, with the apt observation that the UK has fallen.

A complete media blackout was enforced in the UK ensuring the details of Tommy’s arrest, court appearance (within 3hours) and 13 month conviction was hidden from the public.

The UK has fallen. pic.twitter.com/M4CMUdVEbt

The Melbourne rally is being advertised on Facebook, and you can also sign a petition at change.org to implore the British government to #FreeTommy.