Anyone else old enough to remember this 1980’s schoolyard classic:

How do you kill an Ethiopian?

Throw a Rice Bubble off a cliff.

It was pretty funny when you were in grade four, and every time you watched It’s a Knockout! or Sale of the Century you’d be enjoying yourself until you had an image like this shoved in your face. 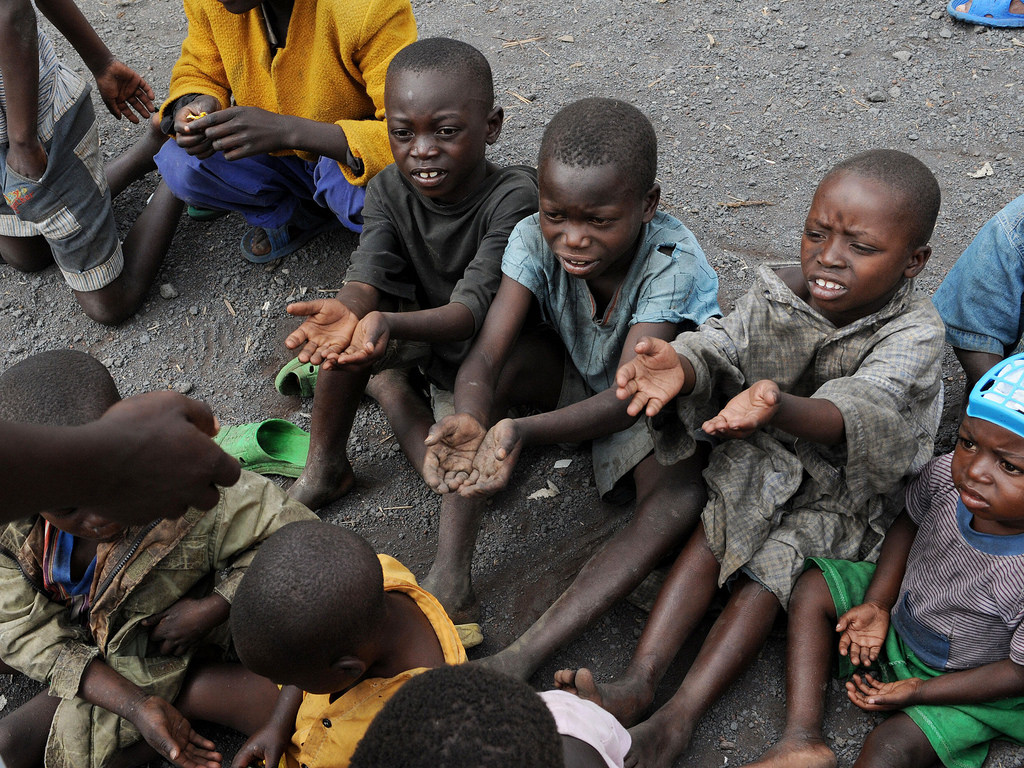 The point of which was to make you feel guilty for being rich, make you give money to globalist non-profits and ultimately to flood your country with the people in the pictures.

The equivalent to the 1980’s starving Ethiopians in the current year is when Zuckerberg interrupts your social media right-wing echo chamber with shit like this. 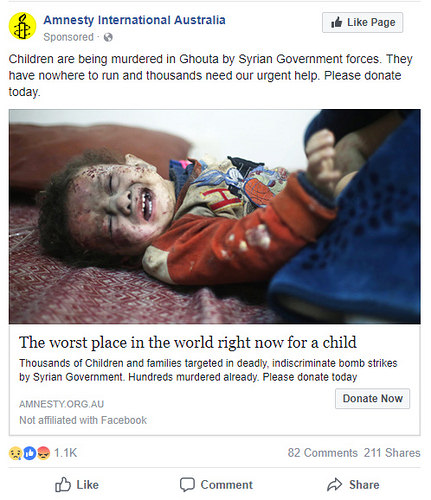 Now before you few females who still read XYZ (you gallant few) flame me in the comments for being a monster, ask yourself a few questions.

How ‘real’ is that image? What is the purpose of that image? How concerned with that crying infant are the people who captured, arranged, presented and paid for that image to be shown to you?

It’s just propaganda. And you know you’re being manipulated by some serious deep state propaganda whenever there’s a little child there to pull your heartstrings.

Like the testimony by Nayirah al-Sabah in front of the US Congressional Human Rights Caucus who cried about Iraqi soldiers during the 1990 invasion of Kuwait taking incubators out of hospitals and leaving the babies to “die on the floor”.

Her report was corroborated by Amnesty International at the time. The subsequent invasion of Iraq killed about 50 000 people.

It was bullshit; a propaganda campaign run out of the Kuwaiti embassy to create support for the war. She was the Kuwaiti ambassador’s daughter.

More recently, the death of Syrian boy Alan Kurdi on a Turkish beach in 2015 was used by Amnesty and the usual misery profiteers of the left to scold and berate us for causing such a horror through our bigotry. This bilge, from a piece by the Telegraph, is pretty standard.

#Khartoon – I hope humanity find a cure for Visas – A year since #AlanKurdi drowned nothing changed? pic.twitter.com/bhREvBos0t

Again, the context that the Marxists left out changed the narrative entirely. It turns out Abdullah Kurdi, Alan’s father, was the human smuggler leading the trip. The following year he was charged, along with two other men, for organising the human smuggling expedition. Didn’t see that on any Amnesty press releases though.

You won’t find any reference to that in the leftist media either, because the Marxists don’t care about poor little Alan. They just want to use his corpse as part of their ideological crusade against bigoted whites.

The people who work at the ground level in these non-profits like Amnesty are all low-info Marxist fanatics. I know, because I used to volunteer at one of their offices when I was a teenager (I blame those anorexic Ethiopians for that). The pink-haired porpoises who send out press releases and make social media posts for Amnesty are not smart people. They don’t know enough about the world to think critically about such topics. They’ve just drunk the neo-Marxist Kool Aid that white people are privileged and that our relative wealth and happiness exists because the brown world is poor and miserable.

It’s retarded, yep, but that’s how these SJW’s think.  Everything is a zero-sum game for them.

Those childless catladies never ask themselves who started the Syrian conflict which has killed thousands upon thousands of little kids. Who blew up their little bodies? Who decimated their neighbourhoods? Who levelled whole fucking cities with little children inside them? 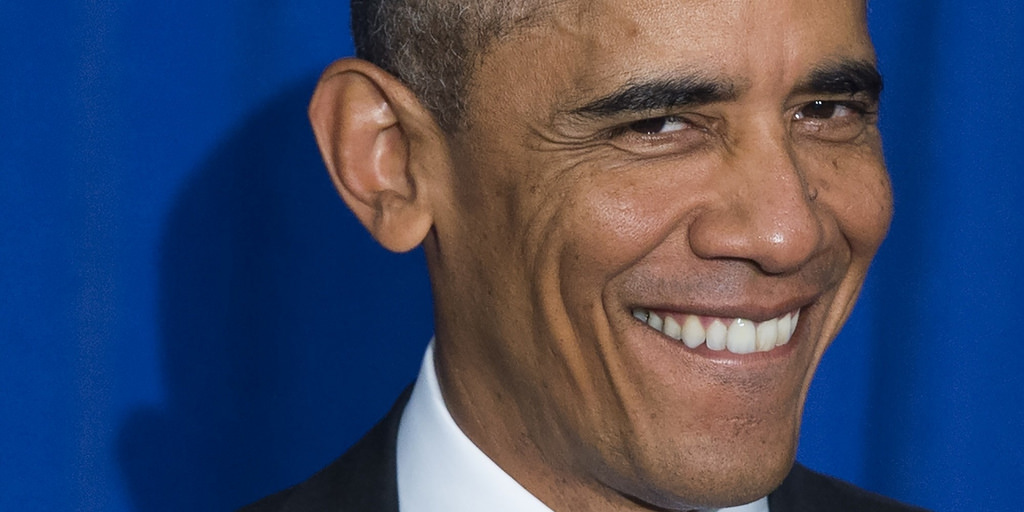 That’s right, you porpoises. Your smiling Hip PoC Prez did it to advance a geopolitical agenda involving oil rights, pipelines and the neoconservative Great Game to crush Russia and maintain full spectrum dominance for the same globalist elite who control and fund organisations like Amnesty International.

Enough. Our Christian good nature and the misdirected maternal instinct of our women has been hacked by these elites for far too long.

Charles Dickens called it ‘telescopic philanthropy’, and rightly condemned it. And he was a socialist! Jesus told us to love our neighbour, and bringing in millions of strangers who were blown up by the same globalist elite oppressing us as part of a multi-decade plan to destroy Christian civilisation is not helping anyone.

We can send money voluntarily, sure. We can certainly fight to end the globalist tyranny which has created such horrors as the Syrian conflict. But enough with this ‘refugee’ psyop which has been perpetrated upon us since the Second World War. Enough bringing in incompatible, hostile races to disrupt and destroy the country our forefathers gave to us.

These people aren’t ‘refugees’. They’re low-agency invaders. If we’re going to be demographically replaced, let’s have some kind of worthwhile selection process. Like a war.

The approach the Marxists have taken, to great success, is to make us feel guilty for our fortunate birth. We don’t deserve to be so rich, so carefree, so civilised. It’s not fair! These people must be given what we have, since we don’t deserve it anyway, so that everyone can be equally miserable.

It’s the same strategy the early socialists used against the aristocratic families and royal houses of Europe. It’s unfair that some are born better off. Redistribution is in order. This time, though, the redistribution is of people, not lands. The result will be the same though. Civilisation will be degraded and destroyed, and everyone will end up equally miserable under the Big Sister bootheel of the neo-Marxist control freaks.

There are people around the world who we should take, though. Top of the list is the Boers, who our cucked politicians sold out decades ago and who are about to become extinct in the same way the Rhodesians did.

The language of South Africa’s rainbow kang leaders is becoming more violent by the day.

There are also quite literally millions of white Europeans and Canadians with whom we share ancestral bonds looking for refuge away from the multiplying swarthy hordes. For those Australians who would like to see a return to a White Australia Policy but worry about atrocities should it be implemented, this is a workable solution to retain the white Australian demographic majority without anyone getting gassed.

Put Ahmed and Bongo on the first plane out, and let our fellow European refugees fly in. Just imagine the autistic screeching from the left. It’d be glorious.

The world is red in tooth and claw, and our ancestors handed to us an island of civility and decency in this ocean of human suffering. There is no opening the floodgates just a little. These shithole people already feel entitled to what we’ve got because of the anti-white programming they get at school and from TV.

Build the wall, bar the gates and sink the boats. It’s the only way to ensure that the whole world doesn’t become a shithole like Somalia. 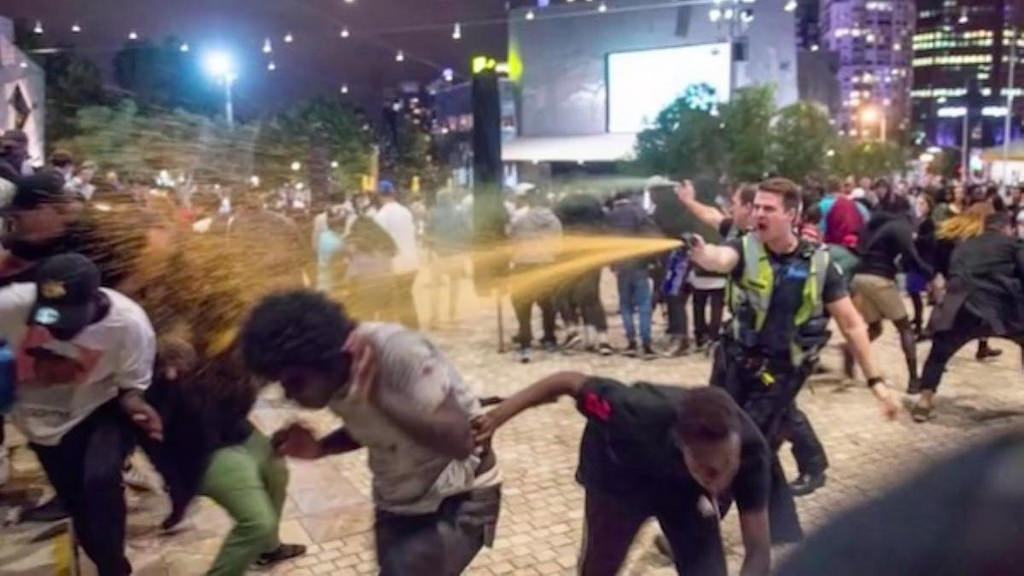 Apologies for the swearing. This topic really pisses me off. 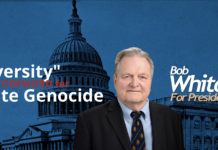