Agent XYZ1788 has completed his mission, planted the virus, and is currently enjoying some much needed R&R on an undisclosed Mediterranean beach. Operation Gas Facebook was a complete success. 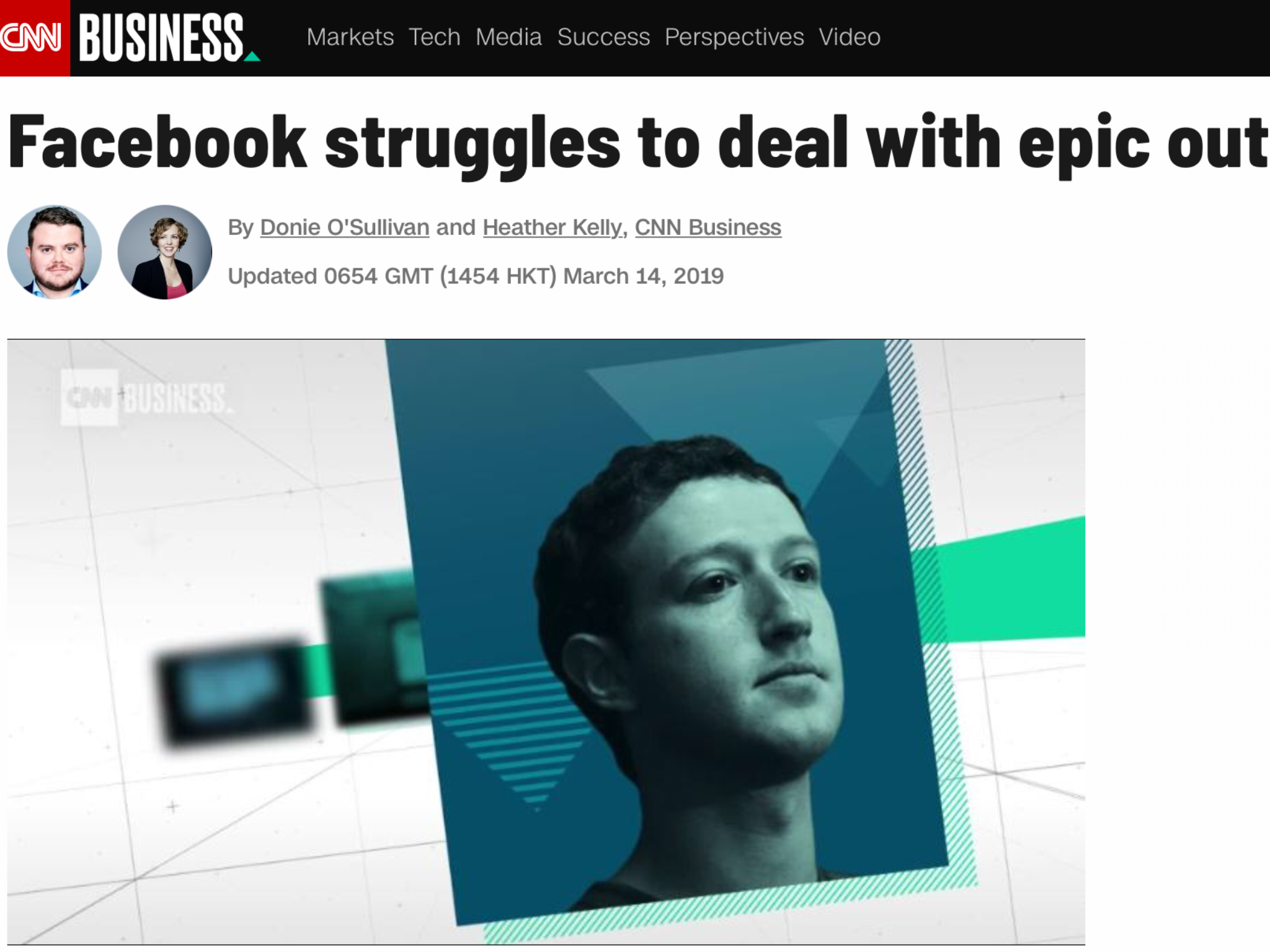 From the Fake News Network:

A partial Facebook outage affecting users around the world has stretched beyond 14 hours, but was showing some signs of ending early Thursday. It’s believed to be the biggest interruption ever suffered by the social network.

Facebook (FB), the world’s largest social network, had to turn to its rival Twitter (TWTR) to explain that its group of hugely popular apps were having difficulties.

Some users of Facebook and other platforms owned by the tech giant — including Instagram, Messenger and WhatsApp — reported intermittent problems accessing the services and posting content.

The outage appeared to be abating early Thursday. At 12:41 a.m. ET, Instagram posted a tweet that said, “Anddddd… we’re back” with a gif of Oprah Winfrey.

Instead of selfies and status updates, many Facebook users got an error message during the outage that said: “Sorry, Something went wrong. We’re working on getting this fixed as fast as we can.”

The XYZ has obtained exclusive footage of the scenes of gay abandon enjoyed by the people of the United States in the hours immediately after #FacebookDown:

#FacebookDown is also understood to have led to the revival of hundreds of villages across the subcontinent:

Its demise was also celebrated in far off Endor:

The lengthy disruption is likely to upset advertisers that spend large amounts of money to reach potential customers on Facebook platforms. The company’s flagship social network has more than 2.3 billion users, and Instagram has more than 1 billion.

Despite some early online rumors that the outages were the result of a distributed denial-of-service (DDos) attack — a type of hack in which attackers flood a company’s network — Facebook said in another tweet that “the issue is not related to a DDoS attack.”

Facebook is a disgusting platform. I don’t mind the addiction aspect of it so much. Before Facebook and the invention of mobile internet, people were addicted to television, so at least we are choosing the content to hook into. It also provides an excuse to ignore strangers, crazy or not, on the train, and is more practical than trying to read a broadsheet at peak hour.

What is disgusting is that the former rise and current decline of Facebook has revealed the unmitigated evil of the globalist ruling elite. Aside from its utility to collect all our personal information, it was expected to be another tool with which to pump globalist propaganda into the minds of the masses. Savvy social media campaigns are credited with contributing to the successful election campaigns of Kevin Rudd in 2007 and Barack Obama in 2008, but once the new right clicked to its effectiveness and weaponised Facebook and other social media in 2016 to help get Donald Trump elected, win the Brexit vote and generally to spread and normalise nationalist ideas, the globalists cracked down hard, and the purges began.

Despite seeing off Congress and the European Parliament, Mark Zuckerberg’s Facebook apology tour shows no signs of stopping. His latest peace offering is a Wall Street Journal op-ed titled, “The Facts About Facebook.” It sees him pausing to reflect on Facebook’s past ahead of its 15th birthday — “I built a service people could use to connect and learn about each other” — before diving into a defence of its ad-targeting exploits.

The message remains the same: Zuck explains that Facebook is a free service and therefore it serves users “relevant ads” to make money, but never sells their data. This time, however, it’s meant as much for Facebook’s investors (who read the WSJ) as its users. It was only in November that Zuckerberg said he would not be stepping down as chairman of the social network. He was forced to make the statement in the wake of an explosive report that alleged, among other things, that Facebook knew of Russian activity on its site since 2016 (even though details of the campaign didn’t come out till 2017).

Zuckerberg also reiterated that he isn’t against Facebook being regulated, an idea that seemed to have bipartisan support during the Congress hearings. “Ultimately I believe the most important choices around data are transparency, choice and control,” said the Facebook CEO. “We believe regulation that codifies these principles across the internet would be good for everyone.”

Facebook is going to be broken up and Mark Zuckerberg is going to lose all his money. That’s what happens to naughty globalists who can’t stop ordinary people from speaking the truth about mass immigration and white genocide. His bosses are pissed.

Ultimately, the people will have the final say, and it looks like FBexit has begun.

All the bad press about Facebook might be catching up to the company. New numbers from Edison Research show an an estimated 15 million fewer users in the United States compared to 2017. The biggest drop is in the very desirable 12- to 34-year-old group. Marketplace Tech got a first look at Edison’s latest social media research. It revealed almost 80 percent of people in the U.S. are posting, tweeting or snapping, but fewer are going to Facebook.

Facebook is on the way out and this is a beautiful thing. The Culture War is an Information War, and the Battle of Facebook is going well in our favour. It is but one battle, and there will be many more to fight. We can expect the globalists to not only continue their policy of chasing nationalists from platform to platform, but to steadily expand their strategy of completely unpersoning anybody who is a threat to the system by denying them access to the financial system and to every service imaginable.

There is basically no difference currently between the so-called “free world” and communist China, except that the Chinese have the honesty to call themselves communist, and they have the good sense to imprison feminists and “reeducate” terrorists. The goal for white people should be to completely remove their thinking from the globalist narrative and the current values of the globalist system, and work to become self sufficient in case the SHTF.

We are not living in normal times.

This is a war.

In the meantime, you can follow The XYZ at the following social media:

You can also sign up for our intermittent email newsletter by following the link on the right hand side of The XYZ homepage.