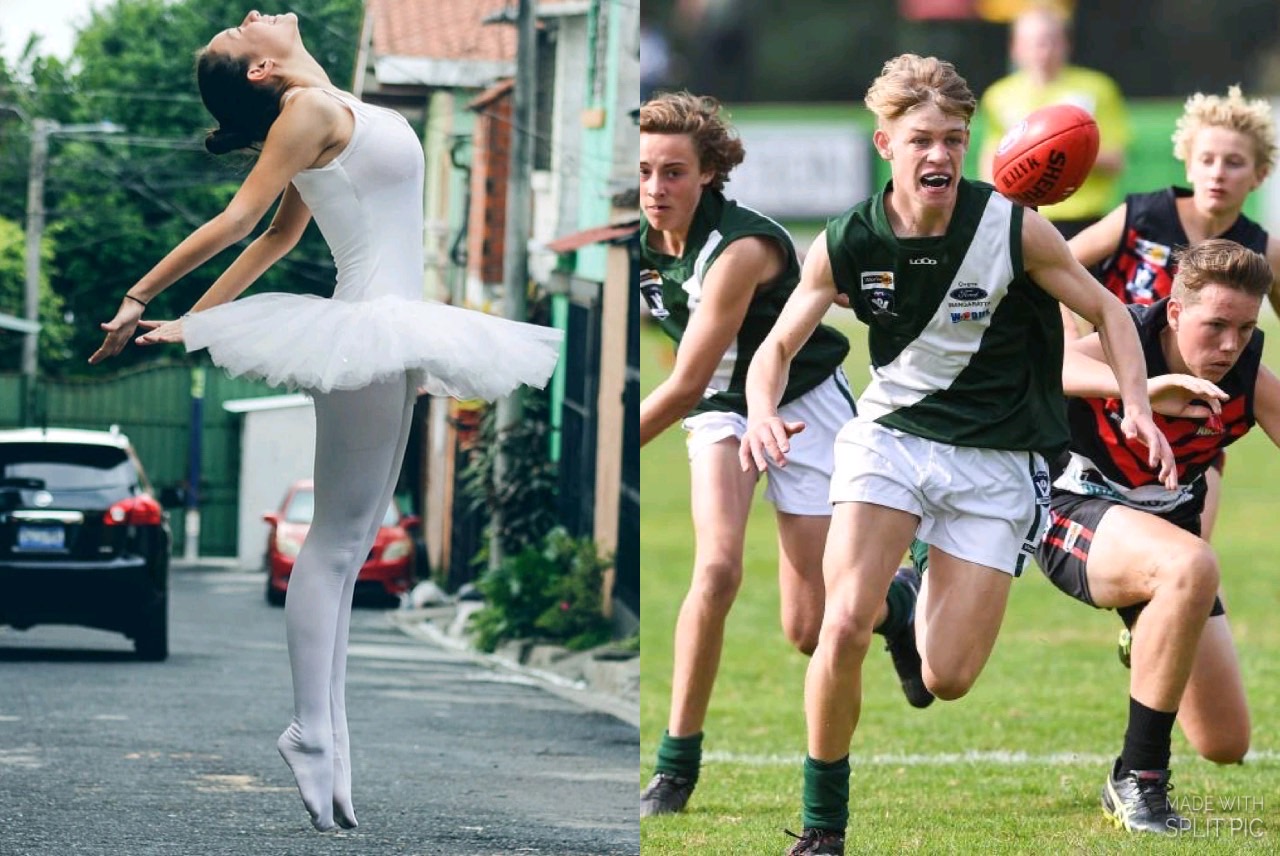 Today I read this about the Australian Football League Women:

“Two days ago the competition launched and the first match was played live on television. I tuned in for purely investigative purposes and after watching about ten minutes of the ‘action,’ I can only conclude that these women are grossly overpaid.

When I read that I also thought back to school and how much the girls hated Physical Education. I remember so many girls seemed to have their period every week. They really hated it. Not all of course but most did it under sufferance. Now if you tell people that girls shouldn’t do sport, people tell you that it is unhealthy. Sport leads to physical fitness, but you know what else leads to physical fitness?

Today when we think of dancing we think of it as a means to attract the opposite sex, of a male and a female dancing together. However, traditionally that was not true. There were dances for males and dances for females, as well as dances for both. Girls love dancing because it’s feminine, dancing is sensuous, it follows rules, it seems freeflowing but isn’t, it highlights the body in both form and flexibility, which is why most boys hate it. Although it also involves things that both boys and girls do like, such as discipline and the mastering of skills. Both of which boys require in any physical activity.

Sport is masculine, it is competitive, rough, dirty and dangerous. Most boys like sport, they like being physically active and taking risks in a controlled environment. Most girls do not, they still want to be physically active but not in a masculine way. They do not want to be rough or dirty and they most certainly don’t want to do something dangerous. But we insist that girls can do anything that boys can do, even though boys want their own activities and girls aren’t that keen to compete against boys.

It’s time to let boys be boys and to let girls be girls, to encourage each sex’s abilities and talents instead of constantly insisting that they compete against each other. For boys, sport is a very good fit, for girls dancing is. If some girls like sport then fine, if some boys prefer dance that’s good too. There are always exceptions to the general rule. But if given a choice we know what most boys and girls would pick.

Originally published at Upon Hope. You will find Mark Moncrieff’s Subscribestar here.