A key plank of Trump’s MAGA agenda seems to be to make Turkey a shithole again.

I have just authorized a doubling of Tariffs on Steel and Aluminum with respect to Turkey as their currency, the Turkish Lira, slides rapidly downward against our very strong Dollar! Aluminum will now be 20% and Steel 50%. Our relations with Turkey are not good at this time!

The president’s tweet came after three days over which the Turkish lira lost 40% of its value against the US dollar.

The lying media is spinning the Turkish currency crisis as the result of Trump’s belligerent trade wars. This is nonsense. The crisis is happening because ‘investors’ (i.e. billionaire oligarchs and banksters) have been spooked by Turkish President Erdogan’s unwillingness during this crisis to follow Standard Operating Procedures as laid down by organisations like the IMF, World Bank and BIS, and instead seems determined to return to the glorious camel standard of the Ottoman Empire days. 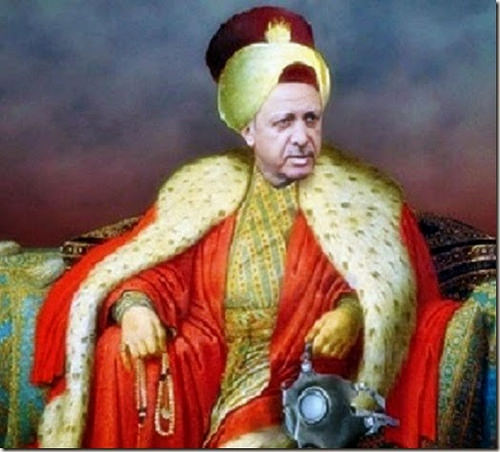 After significant behind-the-scenes lobbying, Qatar reluctantly agreed last Thursday to loan $15 billion to Turkey as a lifeline. This brought the lira back from its record lows. It will not avert the crisis, however. The only thing that could do that is if the Turkish central bank ratcheted up interest rates 10% or more to stop capital fleeing the country and bring inflation down from 16%. Erdogan has stated, however, that he will not allow this to happen because interest rates are “evil”.

Like any wannabe caliph would, he also made his son-in-law both Treasury and Finance Minister in his new cabinet. This is the same son-in-law who was buying oil from ISIS before the Russians sent them to meet their virgins in little pieces.

Russia destroys ISIS oil truck convoy. Russia & Turkey accuse each other of buying ISIS oil but only 1 is bombs it 😉 https://t.co/rkBVXPAGgB

The MSM is telling the normies that this won’t lead to a global contagion.

Which, of course, means that this will lead to a global contagion.

The trigger for the global financial contagion is Erdogan’s refusal to submit to technocratic directives about how to handle the situation. 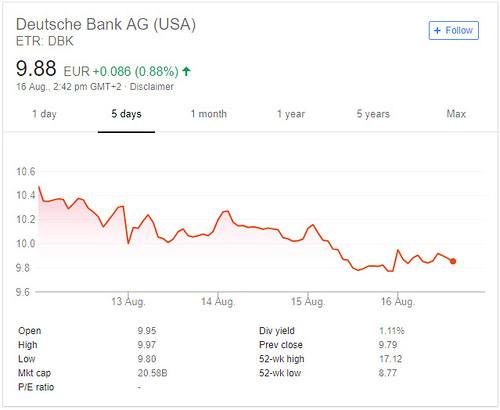 As have other shithole currencies. As we saw with the Asian Financial Crisis in the late 1990’s and the first Global Financial Crisis ten years ago, once one market or institution falters then investors begin looking around and panicking about other ones.

Poland, the Next Turkey? Spotlight on the Zloty and External Debt
Emerging markets have taken it on the chin. Is Poland next?https://t.co/JWXYRz0J6v pic.twitter.com/ILpig6aQXH

Once the dominoes start falling, it is impossible to put them back up again.

And right now, Erdogan is doing everything he can right to ensure not only that Turkey has a hyperinflation event, but that a contagion will spread across the globe and manifest in financial and economic collapse everywhere.

Turkey is not the crisis. It is just the catalyst. This crisis has been brewing for decades, and as I’ve written before, is the collapse of the postwar welfare-warfare Leviathan state erected on the backs of Western taxpayers by international financiers and their puppet political class.

What we are facing is the collapse of Western socialism. 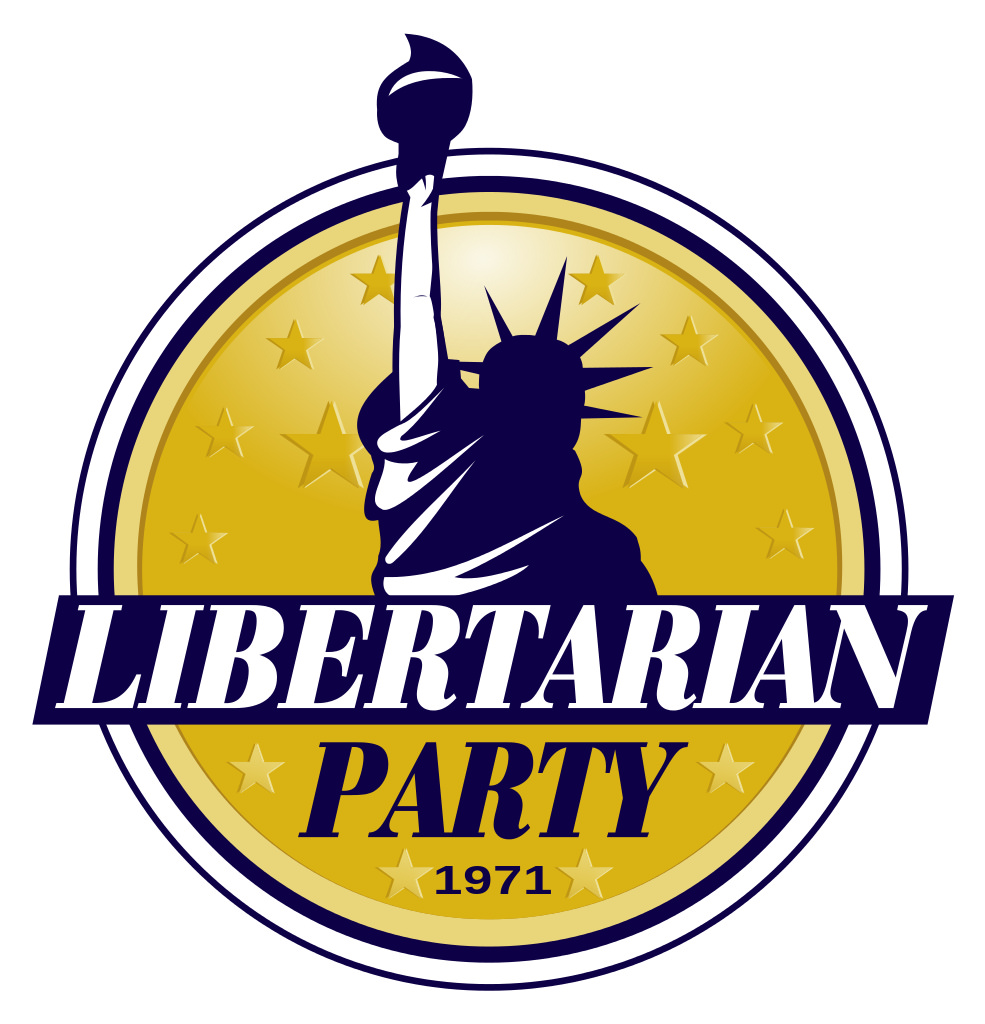 Whether this leads to a LIBERTY RENAISSANCE OF HUMANITY or a Hunger Games future is up to the political elites. As the crisis spreads globally, the Marxist academics, media and politicians will tell the SJW land whales and baffled normies that this is a crisis of capitalism. It is not. It is a crisis caused by socialism.

If Big Sister chooses to double-down to maintain control, Terminator will seem like a prophecy with public-sector dyke bureaucrats instead of machines seeking to exterminate freedom-loving humanity.

We can also expect barbarian zombie hordes to arrive on the borders.

And if the past is any guide (and it is), this coming economic crisis will also lead to war.

Although the lying media will frame this as an emerging market crisis, it’s not. What’s already begun to spread slowly around the world is an inevitable by-product of a neo-Babylonian debt-based money system called fractional-reserve banking. This is the system of money creation by which private banks create our money supply when they make loans. The vast majority of our money supply is created this way, and the system was introduced and spread by rootless cosmopolitan financiers during the early modern period and spread through the establishment of privately-controlled central banks in every nation around the world.

When economists speak of economic growth these days, what they are referring to in reality is debt growth. Our economic system requires constant debt expansion just to create enough money to pay back the old loans. Such a system must, of course, reach a point of instability and collapse in upon itself. That’s the point we have reached now.

The last purging of the global financial system happened in the 1930’s. Since then the expansion of global ‘capitalism’ to new markets, expansion of education globally and the entry of women into the workforce, along with the slashing of interest rates over the last 20 years, have all combined to enable constant debt expansion and therefore the appearance of economic growth around the world.

In 2008, the supergiant death star of debt went into a supernova phase and the global financial system almost froze to a halt. The magnitude of what almost happened during those days and weeks has been lost on the masses today. We still see ATM’s, petrol at the bowser, new real estate developments and new phone models being rolled out and we think the debt supernova went away.

It didn’t. It was just frozen in time by the sorcery of central banking and the compliance of the political class. The central bankers were never going to be able to hold this supernova in suspended animation forever, however, and now the tinpot caliph in Ankara is going to unfreeze time and send the supernova spiralling down into a black hole of near infinite wealth loss.

Rather than learning some lessons and applying more prudent banking and governance practices since 2008, however, the global oligarchy and bankster parasites have spent the last ten years going at it harder than the Clintons at Jeffrey Epstein’s pedo party island.

The net effect of the 2008 crisis was to shift the toxic debt built up by reckless banksters onto the balance sheets of governments and central banks, thus enabling the megabubble to stay inflated. China also stepped in as the main global engine of debt growth, along with governments around the world.

The ‘wealth effect’ experienced by Boomers and the rich in this country since 2008 has been a derivative of this larger China bubble.

The money created by the developed world’s central banks through their policies of Quantitative Easing flooded out into shithole countries which had higher interest rates and the appearance of prosperity. It even made them look rich, for a while.

When I visited Istanbul Constantinople in 2011 I saw this first-hand. The European side of the Bosphorus was old, run-down and historical. The Asian side was modern and prosperous. It was an omen, I thought.

Now that appearance of prosperity has been revealed for the phony financial alchemy that it was, and the last gasp of the dying Western order is being heard around the globe. It won’t be the end of the world, but it will be the end of the 500-year-long era of white, Western supremacy.

This will be a shock to the zombified normies, and a horror. It will not be a surprise to the banksters and oligarchs, however. They’ve known for a long time.

The Economist just happens to be owned by the British Rothschilds, but that’s a kooky conspiracy fact that you should immediately dismiss from your mind right now.

In my view, the end of the West as we have known it will be a good thing. Empire has wrought havoc on the nations of Great Britain and the United States. It thwarted our nation here even before we rose to maturity. Global dominion hasn’t benefited our British race. It has destroyed us.

The collapse of this 80-year-old debt star into a black hole, perhaps even causing a dark age, will reverse the demographic, moral, genetic and cultural decline of our peoples. It is after a dark age period that great peoples such as the ancient Athenians and the medieval kingdoms emerge. Collapse is the crucible that re-forges great races. The cycle carries on.

For the comfortable, the state-dependent, the frail and the old, this economic collapse will bring disaster. For the young, the independent and the strong, it will bring the opportunity for a more human and more real life. Enough of this empty materialism and nihilism.

I’m ready for the wasteland. 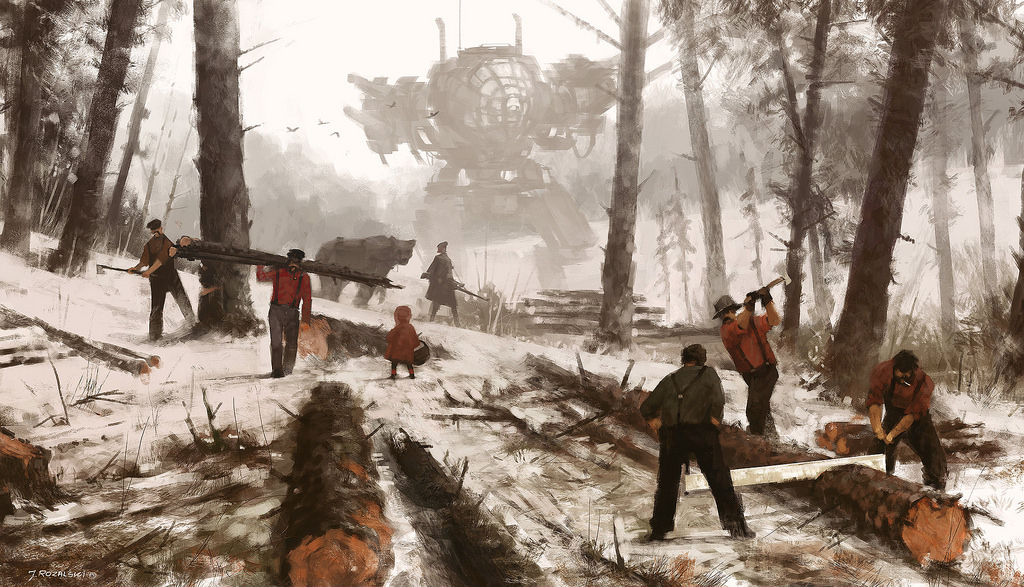