Well in addition to 18C, the ACT just became even more Orwellian in regard to freedom of speech:

Aside from the insidious nature of the whole package, this legislation could become problematic not only for lovers of freedom, but for easily triggered snowflakes like the Greens’ Shane Rattenbury.

Rather awkwardly for Rattenbury and the other conspirators at the ACT’s department of truth, somebody must have explained, much to their dismay, that you couldn’t have legislation like this and leave Christians out in the cold much as you’d like to.

I’m sure that Rattenbury tried to argue that ‘Christians were never discriminated against or not given opportunities’ and thus could be left out until somebody brought up examples like Pontius Pilate, and a Christian priest getting beheaded in Normandy for being…well…a Christian priest.

It’s a good thing that the good people of Normandy had no such legislation. They may well have been able to argue that the crime was an example of religious intolerance, and that would’ve blown the ‘nothing to do with religion, it’s all mental illness…no Islamic State to see here’ narrative right out of the water. 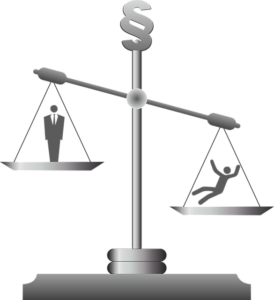 I’d encourage the good Christians of Canberra to get angry litigiously, and often. Complain every time you hear something on ABC local that offends. Easy enough to make a few million off their shamelessly prejudicial George Pell coverage for starters.

Complain about everything. Every little snark and slight. Even if you aren’t Christian, join your persecuted brothers and sisters in the fun. Lodge a complaint about every smug little joke or off colour comment. It’s a pity they didn’t draft this legislation when Abbott was PM. He’d have quite a nest egg from the ‘Mad Monk’ slurs alone.

Let’s be honest, if one state or territory needs draconian thought crime laws, it’s Canberra. They really hate Christianity down there. They tested the waters recently during the federal election to make sure the Sex Party wouldn’t threaten the ACT lunatic leftist fringe market currently cornered by the Greens.

In one fell swoop, leftist pollies were able to silence a way cooler party that was threatening them in much the same way One Nation threatened Liberals and Nationals on the conservative side, and pretend they cared about Christians so that they could usher in legislation that would help them party like it’s 1984.

But the fun to come shouldn’t just be for Christians. Muslims should similarly complain about everything that offends their religious sensibilities loudly and often. Everybody knows that the lives and freedoms of gays aren’t worth diddly squat as soon as they cross paths with Islam. It offends their religion, so the existence of Grindr should be an affront to Islam worth $500 per swipe.

Lawyers will have a field day with those limited edition rainbow coloured Mardi Gras bottles of Yellowglen bubbles.

Alcohol? Packaging that celebrates unforgivable sin in the eyes of the prophet? Scantily clad single women in fascinators sculling it at Randwick races??? Only marginally less vilifying than a doodle of Muhammad. Should be worth quite a few shekels.

In my opinion, this legislation doesn’t go far enough. I was at a social gathering the other week. Several avid caravaners were there. Also some people who aren’t so big on the idea, and didn’t realise anyone who owned a caravan was in attendance.

“Why would anyone be crazy enough to own a caravan?” they remarked. “Pumping out your own s—, dragging the thing around the country… and the cost. You’d have to be an idiot!”

The caravaners seemed uncomfortable. I’m sure they felt vilified. They’re totally unprotected by 18C or the new ACT legislation. Why? Caravaners are battlers. They’ve never enjoyed the privilege or opportunities of people that prefer the Hyatt. Constantly ridiculed and vilified over their accommodation choices with no repercussions. It’s outrageous.

Same goes for Greyhound breeders. They’ve never enjoyed the privilege or freedom from ridicule or oppression that horse racers do. They need protection. Just like the shooters and recreational fishermen scorned by hypocrites who eat seafood and processed meat anyway. Lawn bowlers who are scorned while Pilates and Yoga people remain oblivious to their privilege.

So my problem with 18C and the new ACT legislation isn’t the obvious 1984 elements, but all of the disenfranchised victims they leave out. Smokers who are teased about cancer sticks. Metal fans suffering bogan slurs. Manly fans suffering discrimination on a weekly basis from other fans.

Not happy Shane Rattenbury, not happy at all… Christians, on the other hand, may well be, because they could soon see a nice little windfall out of this outrage culture racket.