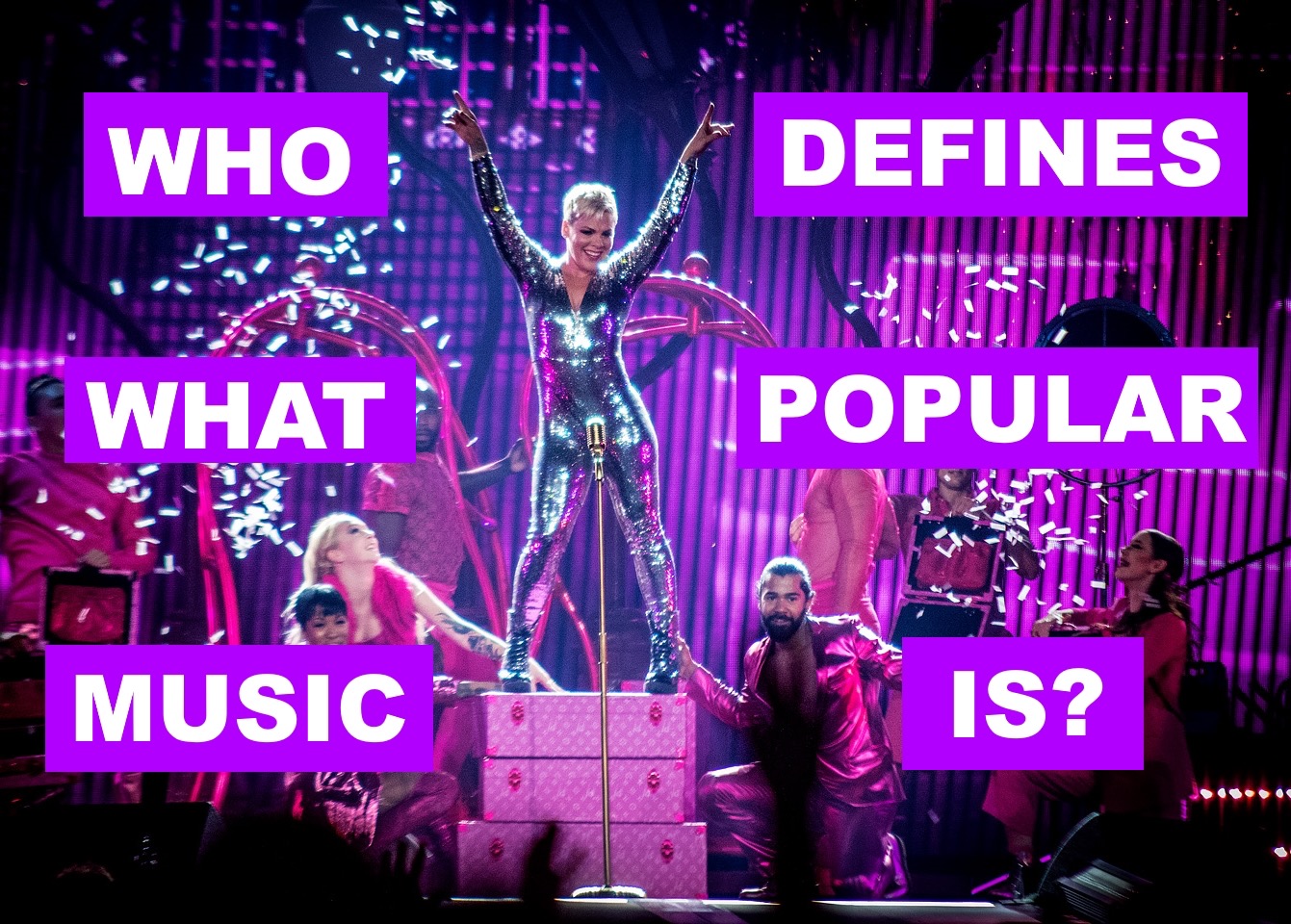 We all understand the problems caused by fake news. Most of us understand the mental decay caused by movies, Netflix shows and television shows. But rarely do I hear anyone discuss the topic of radio stations and the nation destroying propaganda spread by them. I will go into detail for you regarding what I have learned so far.

Being a tradie there is always one incessant buzzing always invading your ears and thoughts. I wish it were the sound of generators, banging and drills but instead it is the barrage of filth blaring out of the always present site radio. Our radio has mainly 3-5 popular stations which are popular for 2 reasons:

The sound of music

“The sound of music” is that of whatever grouping of songs is deemed popular, not by the listeners but by vested interests behind the scenes. Multinational and/or California based music is the prevailing choice by the owners of the radio stations. There is only a very small grouping of “artists” which dominate the music scene. Of these, many are owned or influenced by the same record labels and of those, just like television media, those are all owned by the one group in the end.

The melodies and instrumental base of the “music” is very noticeably getting more and more simplistic as years pass. This is obvious to basically anyone. Yet the lyrics are getting more complex for some “artists” but then of course less for others, with a widening gap. These are then played one after another. These lyrics always consist of these main genres:

Already I’m sure you see a pattern. These genres are chosen on purpose and expanded on because they want you to be lost in them, to have your mind constantly thinking about them. This is their usual plan which all the forms of media follow to varying degrees but it is almost completely out in the open here (lyrics), yet at the same time its perfectly hidden (music/the instrumental).

How many lives have been ruined by the horrific, mind numbing, nation destroying, relationship ending filth that is the messages in this so called “music”. Think to yourself about that love song you heard, which coincidentally was followed by a song about a break up.

However, I noticed there was a break in this pattern by roughly on average 1 in every 10 songs, with this break not occurring uniformly but rather randomly, so lets just say 10%ish. This break has two genres.

This pattern breaker is very intelligent and proves that the influencers are not stupid. Never have I had a conversation about this and someone has gained any ground on me whatsoever, but if they could they would use this pattern breaker against me. But that’s exactly why it’s here. In this pattern breaker there is another pattern which is that it’s not uniform like the rest. There is no pattern. They are all random songs they have picked up that they for sure know are good for the hearts and minds of the people and that is the only thing which ties them together. This can be used in another way too. An “artist” will copy this pattern within “their” own albums. Therefore the point of them is to use them as evidence that they’re doing good work if they are questioned.

We can then break these genres down and observe the lyrics and why they are how they are. Rap is the perfect example for dumbed down lyrics and melody. The first point of harm is the stupidity and uselessness of it. The second is that the lyrics themselves are all relaying to the mind destroying genre. Singing simply that you want to bang hoes, shoot cunts, and make money, only of course so then you can spend that money on depreciating material objects, may seem to the vast majority at first to be dumb and stupid. The tradie next to you may then go “g-d they make a lot of shit songs now days” or “everything on the radio’s so shit” but of course they don’t turn it off. No. Here’s the main point. They listen. Day after day. Night after night its stuck in their head. Because you see the tune is catchy. All of a sudden, out of all the shit songs to choose from they choose the “best” of the lot to enjoy.

The same tactic is used in politics when it comes to the left right divide or basically every single topic in discussion today. Now they’ve chosen the “best” song, their “favourite”, They now like it. They like the songs with lyrics they don’t like. Cognitive dissonance kicks in. They fight with themselves in their subconscious. They now like the lyrics subconsciously. They may not openly say it but the message is ingrained into their minds. Scrubbing it out takes clean forms of information and avoidance of mainstream music.

The sound of voices

“The sound of voices” is the sound of confident, humorous, happy, excited, entertaining or interesting people. This is devoid of music and is only the radio hosts and anyone or thing in a similar role.

This voice is the all knowing. He tells you what is liked by the people. He tells you what has happened in Sydney or Melbourne. He tells you what the weather will be next Tuesday like some grand, all wise scholar of science and nature. He speaks but no one ever speaks back. What he says is never questioned. An interesting part of true human psychology is that we actually want an authoritative figure to look up to. Through the radio transmissions you can create a character which like an actor makes you feel different ways, but also this actor can’t be questioned, simply because you can’t speak to your radio to try to talk back or question anything. He is now infallible, but only infallible as a great deceiver. A hidden rat pulling the strings of the puppet show. If you were to see he was a rat you’d instantly recognise this vermin’s nature and crush him.

Two types of voices are prevalent. The first is the useful idiot, who just wants to be famous or heard or for some other lowly reason, and so they’ll do anything in order to meet their narrow desires. The second is the voice that actually knows the plan, whether they instinctively understand the plan, are taught the plan or have discovered it themselves. These ones are much less prevalent but do exist. Voices are usually just dumb. They also have varying degrees of knowledge of the plan, and how they act and whether they fit in with the ultimately responsible clique tends to decide how quickly they “rise through the ranks”, so to speak.

He propagates on the usual media nonsense which I don’t need to touch on since I assume the reader is already well versed. He also reassures the listener that every song he hears is “popular” and “good”. The voice is the iron framework that holds together the concrete that is the “music”. Without this framework the concrete would be easier to break and its longevity reduced.

There is so much more on this topic that I could go into, In fact I could most definitively write a book on it. While working away fencing, paving, roofing etc., your mind goes elsewhere, and the radio is there in place of that elsewhere. Next time you’re there in the car or at work don’t try to enjoy the music because there is nothing else to do, realise that this too is a part of the media/television/movie mental subversion and degradation. The motive of course being that those who own all of these propaganda machines want to keep your mind numb and the people divided. Whether they’re Jews, Satanists, useful idiots, deep state cronies, opportunists or otherwise they all have one thing in common:

To subvert and destroy the people because a united, vibrant and healthy people will be in direct conflict with their own personal gain.

Next time, Turn the radio off.