My journey with Free and Open Source Software (FOSS) was a combination of fascination, pragmatism, – and conviction. Today, there are still many computer users who are not familiar with the term FOSS but I’m betting you’re familiar with some of its fruits. What follows is a little of my own story of falling in love with Linux and how FOSS is now a genuine option – coupled with a reflection on the values that got us here.

2000-2005: Hey Developers, Open Source Software Sucks. But I (and millions of others) will still be always in your debt.

When I first discovered open source software as a teenager, I was captivated by the idea that a group of people would get together to make a program, and give it away for free.

I remember sitting at our family computer in 2003 staring at OpenOffice version 1 (if you don’t know what this, You Require Re-Education and are summarily ordered to see the links at the end of the article) and thinking what an amazing gift it was to provide a way that people could, all over the world, now write a letter without the several hundred dollar fee for Microsoft Office.

To me, this program and others like it, weren’t just pieces of software – they were the fruit of an intoxicating combination of generous Love and radical Freedom.

However, Open Office version 1 didn’t become my office program – because, well, it just wasn’t as good as Microsoft Office. You could write a letter or make a basic poster, but it lacked several features that I was accustomed to. So these Free and Open Source programs mostly sat in disks on my shelf, and I still mostly ran windows and closed source programs.

Several years later in 2006 I faced the end of Windows98 support. After watching my father and brothers tussle regularly with XP on their desktops, I was fairly sure that I didn’t want to go down that road. Then, one day after my genius computer programmer brother explained to me that the family’s XP internet connection just “wasn’t in the mood” to work (“Computers Don’t Have MOODS!” I shouted back, “Wireless internet does.” replied my brother dead-pan) – I firmly resolved to find another option.

Internet Explorer sucked – and so we used Mozilla Firefox. Microsoft Office sucked mostly because it was exorbitantly expensive and so we used ‘unofficial back-up’ copies or – had OpenOffice (which had by now had a major new release and was coming along nicely). XP had some clever capabilities, but it sucked – and “There MUST be a better way!” I began to google for alternatives, and so I came to Linux.

I guess I wasn’t your usual young female computer user. I was no developer, but I was a power user who was comfortable adding RAM sticks, using a command prompt and installing programs & drivers. But it was still a leap to installing an entire operating system. I was attracted to Linux for all the same reasons that I wanted to use Open Office – it stood for freedom, trying something new, people working together and making the world a better place. And I wanted in.

What won me over was an honest comment online by someone who built computers in his spare time on which he installed linux then gave to needy children, so in my book he was worth listening to. He said that yes, I would probably have to use the command line at some point (i.e. typing in code by hand to install a program or change a setting), but then he said,

This was incredibly encouraging – and so I spent $80 on a proprietary Linux System called Xandros, which that was targeted specifically at Win98 users, and waited with baited breathed for my box to arrive in the mail.

Xandros was a fantastic way to jump into the deep end, but with a lifeguard closely watching on. It was fast and responsive, there were tons of programs (all Free!), and the community I connected to online was passionate and helpful. They encouraged me and answered my questions as I got into the new operating system. I was never belittled or spoken down to – and the one time I had an unusual problem (yes, with the wireless internet), I contacted the local Linux Users Group, and a member called me and we sorted it out together over the phone. It was fixed in less than ten minutes. My Internet, – I smugly told my brother – Does NOT Have Moods!

I continued to devour everything I could about Free and Open Source software and became quite the evangelist. I even gave a couple of talks explaining to local community groups how they could provide OpenOffice & several other flagship programs bundled on a CD, free at their front desks to community members.

Following Xandros, I tested out Ubuntu – another Linux operating system that targeted end-users, seeded with funding from philanthropist Mark Shuttleworth, this one offered entirely for free. It was fairly basic to begin with, but with new versions coming out every six months it came along in leaps and bounds. I did hit some road blocks sometimes (like making my closed source graphics drivers work properly), but mostly what I did was google the problem, open a terminal – and literally Copy and Paste the solution.

By 2012, Linux was coming of age. The community wasn’t just helpful, it was getting strategic and savvy. The user base was growing massively with Linux on televisions, phones & tablets (Android is a version of Linux). And major players like Google added coordination and investment.

In the past couple of years FOSS has matured out of sight. Everybody knows about Wikipedia, most people have a gmail account, programs like the GIMP and VLC have a solid user base and even Mac users are installing Firefox / Chrome web browsers and using OpenOffice as their daily office solution.

In my case, my phone runs Android, it talks to my laptop that runs Ubuntu on which I work using mostly Google mail, storage and calendar applications. There is nothing that I cannot comfortably accomplish with OpenSource software. And I can confidently and positively present today’s FOSS options, with Ubuntu and new starters like Elementary helping to give linux the end-user focused, polished public face that it deserves:

Sure, I’ve always loved Linux. I was swept up in the romance and radical culture of freedom that I see in the Open Source community, but truth-be-told, until these past two years, I still expected a glitch or two every time I upgraded.

But then, just this week I installed linux on an old 2007 Acer laptop that was donated to my workplace. The laptop had a factory install of Windows but was frustratingly slow, so I decided to install LXLE – a linux operating system designed for older hardware. Unlike just a few years ago, I didn’t have to google to see if Linux would run. I didn’t have to worry about the graphics card, or being connected to the internet via ethernet cable when I installed it in case the wireless didn’t work, I know it will sync with my phone, play my music and manage display and battery life efficiently.

I just downloaded it, put it on a usb drive and installed it with about ten clicks & 30 minutes. Once it was installed I downloaded Chrome, changed the desktop wallpaper (LXLE offers 100 pre-installed to pick from) and added a Documents folder shortcut to the desktop. That was literally it. The 2007 laptop is now running very snappily and perfectly with less than an hour’s work. I was so impressed that the following day I installed it on my personal laptop (a samsung laptop from 2011). Same story – start to finish 30 minutes, everything working straight ‘out of the box.’

There have been stars in my eyes for the past two days. It was like looking at one’s spouse with new eyes and saying, “It’s been a tough ride sticking by you at times, but we’ve both learned a lot and you know what: You’re Absolutely Amazing.”

And once again, I’ve become an evangelist: Imagine if every laptop made from 2007 to today was running fast and efficiently using truly free software that could be shared and read by anyone who was interested (no sneaky viruses or spyware here). Not only does this mean that we can salvage much ‘old hardware’ and give it new life but the opportunities for education are absolutely unprecedented. This goes from children learning to type on LibreOffice, to teenagers who can study for college entrance exams on Kahn Academy, to adults living in developing nations who can learn about building techniques, first aid and crop yields on Wikipedia. We can all benefit from Free and Open Source Software.

Linux has grown up. She’s sleek and sexy, and she hasn’t lost her values. This is an operating system you can take to the party AND bring home to your mother.

Don’t be afraid to take risks. Try something different, feel that Fear of change – and do it anyway.

A selection of the software mentioned above is listed here not just for your reference – but FOR YOUR USE. 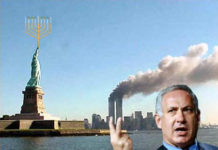