Today I came across one of the silliest articles I’ve seen in a long time.

According to their ABC, a former student of a private school in central Victoria was “turned away” from an event held at Bendigo’s Sacred Heart Cathedral because he was deemed to be inappropriately attired.

The former student, Angus McCormack told the ABC:
“I decided to ‘tone down’ my appearance and be respectful to their wishes,” Mr McCormack said.

Upon arriving at the cathedral church, the deputy head of the school told McCormack he was “inappropriately dressed.”

McCormack, who usually describes himself as “quite strong” said that he found the rejection upsetting.

“To be honest, I was pretty crushed,” he said.

“It’s really been affecting me, my confidence is shaken, I’m doubting myself a little bit in what I usually wear, who I usually am.”

Matters only got worse when Angus’ father piped up to defend the actions of his selfish and belligerent son.

Perhaps Mr McCormack has never been to a black tie dinner, or even to a nightclub that requires a minimum dress code? It is also quite sad that McComack’s sense of identity is so fragile that being called out on his inappropriate dress at a formal event has led his to doubting himself and who he is.

One of the central reasons dress codes exist for certain events, whether they be formal dinners, church services, funerals or even visiting your grandmother is to show care and respect towards others. Being well dressed for a job interview is not about your personal tastes or style, but shows respect to those who will be interviewing you, and demons 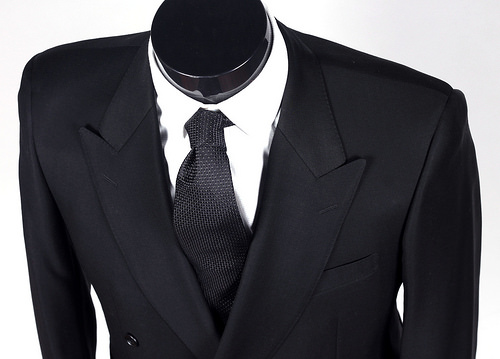 trates that you take the matter seriously. One of the ways we can demonstrate respect to others is in what we wear, and being appropriately dressed also earns respect for you.

Dress codes for particular and special events is not an imposition on your identity, a basic fact that seems to be lost on McCormack, and let’s be honest, he isn’t the only one. Come Angus, let us pause and reflect together for a minute on the mind-blowing fact that not everything is about you.