Seems quite a few people, especially on the right, don’t like “Identity politics” much.

To me this seems a little silly. What the Anglosphere Right has come to term “Identity politics” these past few years in most parts of the world is simply referred to by its proper and more accurate name of “Politics”.

All politics are primarily based on identity. There are in every society a small group who genuinely study the philosophical evolution of the idea of government and society and take their political positions from such ruminations, but those people are and have always been a tiny minority. 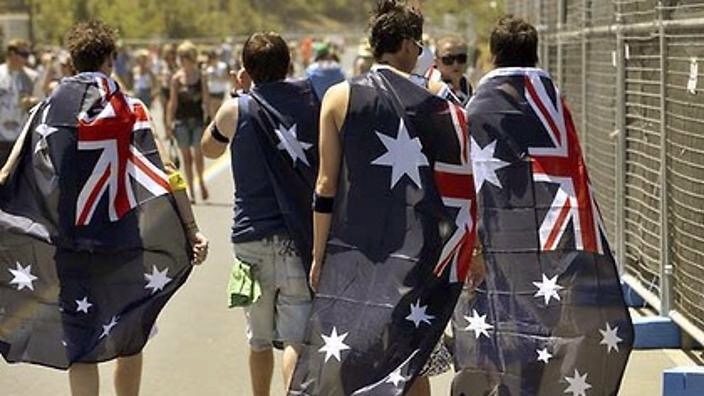 People in Australia have always voted or campaigned politically on the basis of their identity. Those identities have changed over time and in some cases one identity has morphed into another, but the principle has remained the same.

Politics after all can be described as a form of sport for people who enjoy arguing more than they enjoy watching someone else kick a ball. Just like in football everyone barracks for their team, the difference being that in politics if your team wins you might actually get some real-life benefit out of it, however minor.

In Australia our history is full of identity politics from the earliest days and nearly always it pitted the interests of one identity against another. Freed-convicts vs Free Settlers, Squatters vs Selectors, Empire loyalists vs Nationalists, Unionists vs Bosses, Catholics vs Protestants, no matter how far back you go the story of politics in Australia is a story of identity. There was no golden age where everyone sat down and debated the issues on their philosophical merits and agreed to disagree after fully exploring every option; politics simply doesn’t work that way.

To complain about Identity politics in Australia now is like being halfway through a street brawl and stopping to complain that the other fellow isn’t properly observing Queensberry Rules. 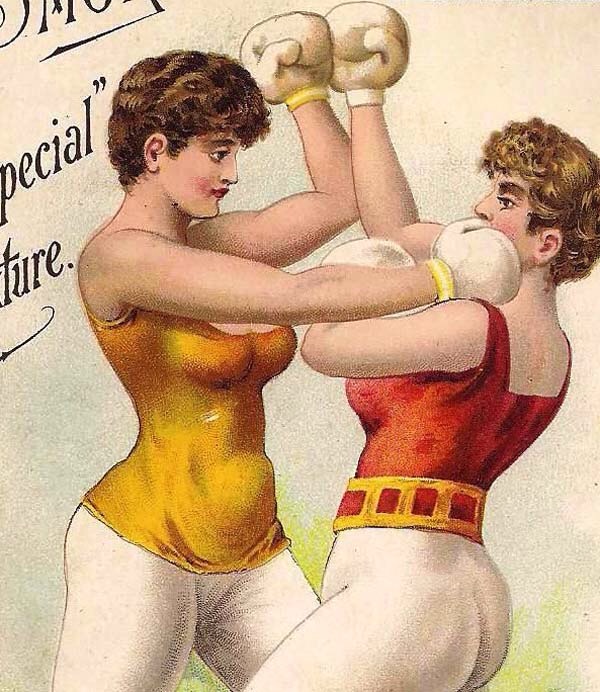 The problem many of these commentators on the Right (and it is predominantly on the Right) have with “Identity politics” isn’t with the concept of identity forming the basis of politics, but rather which identities now motivate debate.

Back in the olden days, aside from the Catholic-Protestant split most debates in Australia were thrashed out over issues of economics. The left-right split was mostly along the lines of how a society should be best structured for optimal economic growth and the general prosperity of the population. The left oscillated between Marx and Keynes while the right mostly sat around various flavours of Classical Liberalism.

But the debate was still driven by identity. Beyond the purely economic issues of whether you saw yourself as a union man first or an Australian first, a small businessman or a captain of industry, non-economic forms of identity still played a vital role.

One of the most momentous events in Australian political history was driven by the 1955 split in the Labor Party that occurred between those who identified as Catholic Anti-Communists and those who saw themselves as internationalists with Marxist leanings. The split in the ALP led to a Coalition government staying in power for 23 years and arguably shaped the country Australia has become today more than any other event.

Modern right wingers like to reminisce about the identity politics we had back when the identities were mostly based on economics, because generally speaking they won. The contest between Liberal Democratic ideas of the free market and leftist ones about the Socialist command economy, over who could provide a better standard of living for society as a whole was overwhelmingly a victory for the Right. Nobody was trying to jump over the Berlin Wall to get into East Berlin.

But now the debate has shifted and those people with their minds still in the Cold War are having a tough time adjusting. As Australia has become more and more ethnically and culturally diverse, people’s primary identity now resides ever more with their ethnic and cultural group interests and less with their economic class.

You can argue about how this is a bad thing, you can pine for the days when the main divide in politics was how the power should be divided between unions and bosses, but all the hot air and whinging in the world doesn’t change reality.

Lee Kwan Yew, the brilliant founding father of Singapore, put it best when he said:

“In a multiracial society you don’t vote according to your economic interests and social interests, but in the interests of your race or religion” 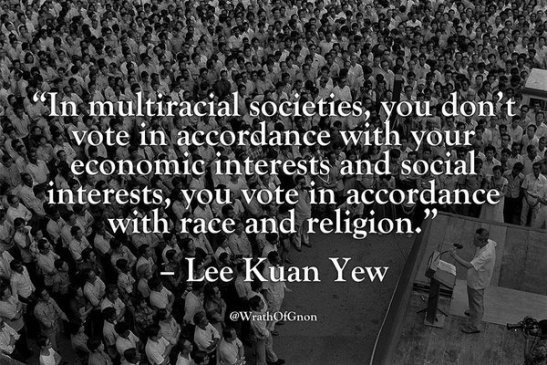 That’s simply reality, you can no more change it than force water not to be wet or fire not to be hot. The more ethnically, culturally and religiously diverse Australia becomes the more tribal interests and the spoils system will define politics, unless we are lucky enough to be blessed with an Authoritarian strongman who also happens to be a genius like Lee Kwan Yew.

The left has better adapted to this reality than the right, in a sense because they had to. I think it’s difficult for people on the right to realise just how much of a shock to the system the fall of the Soviet Union was to the Western left.

While the Social Democrats of the mainstream and the Trotskyists of the fringe had distanced themselves vociferously from the USSR over the years, the abject failure of that project and the discrediting of class identity politics in the minds of most ordinary people in the English speaking world was a distinct smack to the face. 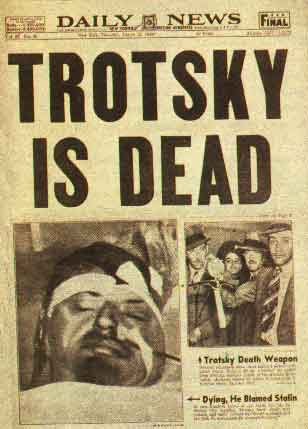 It’s true that the love affair for most had started dying somewhere between Trotsky getting his well-deserved Ice-pick to the skull and Khrushchev throwing Stalin under the bus in his “Secret Speech”. But the very existence of the Soviet Union, flawed though it undoubtedly was, served as a reminder that their particular brand of politics with class identity at its core was still relevant. The fall of the Wall shattered that illusion. 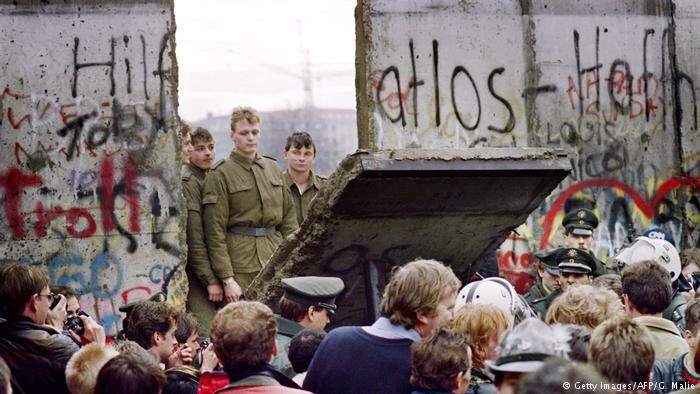 The world had changed so they changed with it. Some embraced Environmentalism as the new anti-Capitalism. Some stretched their ideology to fit almost any sexual, religious or social group able to be mobilised into the “oppressed” category once reserved solely for the international proletariat.

They still talked about class politics but they know deep down that their power and influence now rests on a rag-tag coalition based less on their economic relationships to the capitalist system and more on how much taxpayers’ money, how many generous government “programs” and how many cosy public service sinecures can be secured in exchange for support.

This alliance of sometimes hilariously contradictory interests (devout Muslims and flaming homosexuals marching side by side being a good example) means that the Left is far more unhinged, unstable and unpredictable than it was in the past, but unlike the Right at least their Identity politics are based tangentially in the realms of reality.

The Right across the English speaking world seems to be trying to ignore that the fact that the ideas they are peddling disproportionately appeal to (and sometimes only really benefit) certain ethnic, cultural and religious groups.

The reason is simple. The Classical Liberals that for the most part make up the English speaking “Right” hold certain philosophical assumptions about the nature of the individual in society which prevents them from ever taking their own side in a contest of identities.

This will change, no matter how much they resist. The only question is how much damage they are willing to take clinging onto their outdated worldview.

From Northern Ireland to the former Yugoslavia, from Lebanon to Iraq, from Barcelona to Madrid, from the hill country of Burma to the beaches of Bali the examples of the entire world show that multi-ethnic and multi-cultural societies eventually split their politics down the lines of ethnic and cultural identity.

If the free-market focussed commentators on the right don’t like that fact, then they and those like them probably shouldn’t have acquiesced quite so quickly to the last four decades of mass immigration from around the world that made such a situation inevitable.

But hey, how good is the food right?

If you would like to contribute to The XYZ’s downpayment on its first helicopter, you can donate at our Patreon.