Have you heard the one about the Syrian, the Egyptian, the Turk and the Emirati walking into a bar? They order four Cokes and start talking about Islam.

I know, it’s a bad joke. But it is revealing. As anyone who has lived the expat lifestyle in a foreign land knows, Kiwis, Poms, Canadians and even Yanks and us have a lot in common. Living in an alien culture makes those commonalities much clearer than they would be back home in a Western country. The same dynamic that makes Kiwis and Aussies blood-brothers when living in strange lands also makes Middle Easterners bond around what they have in common. Unfortunately for us, what they have in common is a religious system which we have been at war with pretty much constantly for over a millennium and which teaches its followers that not only are they living in the Last Days, but that the coming apocalypse will usher in a golden age of global Islamic domination. All these haraam pokie bars will become halal shisha cafes soon enough.

Recently, we’ve seen much made about whether Islam is an ideology or a religion in the leftist soup that we swim in called the media. Sincere and valiant rightists have been making the assertion that Islam is a political ideology; this is a clever strategy, as once they prove this then there is no distinction between Islam and, say, Nazism. We could say Bolshevism, which killed many more people, but Soviet Russia was our ally during World War II and most of the Cultural Marxist establishment in Australia probably think gulags for rightists like Pauline Hanson is not such a bad idea. I’m sure the Greens would support letting the reffos flood out of Manus Island and replacing them with people like Pauline. Or me. Or you.

While this line of attack might play out well in the media, it is misguided. It’s still playing by the leftists’ rules, which of course they will change on you in an instant as soon as you start to win the argument. SJW’s always double down, and they never stick to the rules. They are deviants.

Hair-splitting about whether Islam is a religion or an ideology will get us nowhere in the long run. It misses an important point, both for Muslims and for us. This is because ideologies are idealist mystery cults. They are religions. I know this will come across as a ludicrous statement to a 21st century Westerner at first, but stick with me. Let’s see where this rabbit hole leads us.

Throughout human history, religion has had a key function in legitimating political power. Throughout the Bible, religion provided authority to political rulers. This was not only true in the cases of David and Solomon in Israel, but also when the Pharisees questioned Jesus regarding the divinity of the Roman Emperor and when the Romans persecuted the early Christians for denying it. The reason Jesus was killed was not because of his spiritual claims, but his political claim as the rightful king of Israel. This political element of Christian belief is often overlooked by non-believers, but it is crucial. For Christians, Jesus is the king of kings. Throughout the medieval period, kings claimed authority based either upon approval by the Vatican or, later, appointment by God. The Queen of England still retains the role of head of the Church of England. This was not only true in Christian Europe. Chinese emperors were viewed as ruling by the mandate of heaven, and Aztec and Incan rulers were always careful to maintain the favour of their gods via the rivers of blood pouring down their temples.

What is the difference, then, when a Prime Minister or President claims legitimacy based upon the authority of the Will of the People? Is that not also a god? And is that assertion not fulfilling the political function of all religions, namely to unify the people and enable the ruler to institute his own will over them? 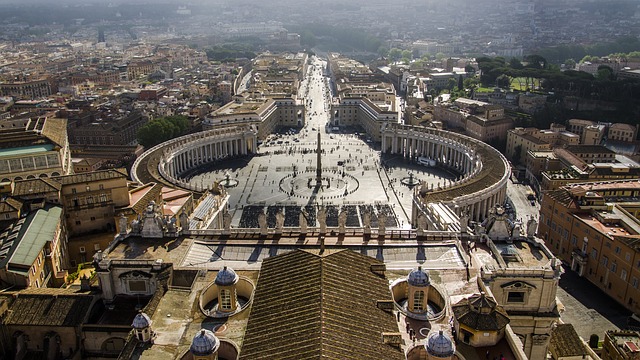 Of course, much of this line of reasoning will seem bizarre at first to a Westerner. When we post-Christian Westerners think about religion, God gets in the way. Whether we like it or not, our civilisation was founded on Christianity, and although our elites and most of our people have rejected any belief in God, we can’t help but still think of the world in Christian terms.

We think that if white people don’t believe in God then they are not religious. We even believe that if people have a ‘scientific’ worldview based on reason, they are ‘secular’. This is quite an odd way of thinking. Religion, at the heart of it, is not really about God per se – it’s about worship. It’s about what people put their faith in to provide them comfort, identity and purpose. What you believe in most is what you worship. And what you worship is your god.

To all you New Atheists reading this who have been spluttering Cheezels onto your neckbeard while furiously Googling Richard Dawkins quotes, see you in the comments section. Best bring your A-game.

Ideologies and religions, then, perform the same function of unifying large groups of people in common purpose. Civilisation is impossible without religion, and the modern globalist civilisation we have built since the Enlightenment has been founded on the worship of abstract ideals such as reason, equality, freedom and progress. We might think of the religion of modernity as being comprised of various forms of liberalism and socialism. Ultimately it is a utopian mystery cult. This idealist religion of modernity has spread across the globe, dissolving traditional hierarchies and ethnocentric belief systems wherever it goes. The bloody turmoil, cultural destruction, moral degeneracy and technological wizardry of the modern era have been the results. This universalist ‘secular’ creed that underpins liberal democracy, according to Fukuyama, has proved Marx wrong. Communism was not the end of history. We are.

These ideologies of modernity have become for us what Catholicism was to medieval peasants – as natural and invisible as air. To point them out is like pointing out water to a fish. They are also an aggressively universalist religion which will brook no rivals. This is why we are witnessing the unstoppable force of modern utopian idealism hitting the immovable object of orthodox Islam. Each new jihadi going to his virgins proves Samuel P. Huntington’s Clash of Civilisations thesis. We can all see where it is headed.

This then, brings us back to the four Middle Easterners in a bar. We constantly see the leftist establishment baffling over why ‘home-grown’ terrorists are emerging in the countries of the West. We’ve even managed to manufacture such a surplus of mini-Muhammads in Australia that we’re exporting them back to Syria. Talk about selling ice to Eskimos. What can account for such a phenomenon?

Just like expat Westerners in Busan, Osaka or Istanbul, Middle Easterners living in the West find identity and solidarity in what they have in common. Also just like expats in Asia and elsewhere, many of them are not interested in adopting the ideological or religious beliefs of their host country. The Cultural Marxist beliefs and values of the West have no appeal for most Muslims, especially the men. To them, such nonsense is laughable. And they’re right. This has led to a situation where, by failing to advance a worthy and valid set of beliefs and values, the West is hothousing its primary historical religious foe in the heart of its major cities.

The leftist media talking constantly about Islam only reinforces this common identity in the minds of Middle Eastern immigrants. Are they trying to create terrorists?

Orthodoxy and literalism seem to be on the march in all the faiths of the world. Distinctions that in the past could be overlooked in the interests of national unity are now being magnified as the significance of national identity continues to fall away. The world is soon going to see clearly that Islam has seemed mild for the last century because there has been no Caliph. ISIS declaring a Caliphate has now brought this hope back into the minds of the Umma, and it will not be long before the Sunni-Shia civil war sorts itself out brutally and we have a Caliph that most Muslims can accept. What leftists now call radicalism will then become the norm.

In my personal view, the gods of modernity are not strong enough to stand up to the onslaught of Allah. Many will disagree with this statement. Whether this is true or not, our current approach of pretending that all Muslims are budding good liberal democrats who just need more understanding is laughable. Literalist orthodox Muslims are certainly laughing at the naivete of this view.

Perhaps the mystery cults of modernity will win the battle of ideas and Fukuyama will be proved right that liberal democracy is the end of history. This still leaves us with an interesting question though. Once ideologies are understood as religions, it makes one wonder. Who is more religious – us or the Muslims?