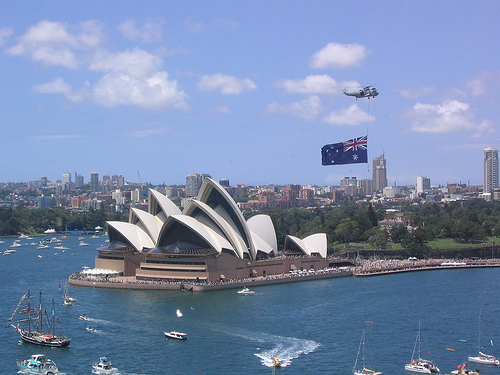 January is once again upon us and by now we all expect to be inundated with a variety of grievance-mongering and nation-smearing from our self-appointed culturally elite class of leftist overlords. It’s not uncommon to hear these high priests and priestesses express artificial and/or exaggerated sorrow for the tragedies that occurred during the time of European settlement and the frontier war that ensued. Even less common is to expect them to offer some kind of acceptance that our nation has, since the time of settlement, become one of the freest, most prosperous, egalitarian, pluralistic, safest and most desirable places to live in human history. By now we’ve come to recognise that there are certain signals of virtue, catch phrases and general themes that we’ll be subjected to every time January rolls around. They are the hymns of the radical left at their hyper-apologetic finest, with hits such as: ‘This nation was founded on genocide’; ‘No pride in genocide’; ‘White Australia has a black history’ and so forth.

Much of this has grown tiresome but there is one word in particular that we’ve been hearing and will most certainly hear more of as a rationale to disavow the progress our nation has made in the last century. That word is: “inclusive”, or “inclusivity” and all other variations of the root word “inclusive”. Our chosen day of celebration is simply not “inclusive” enough for indigenous people, as decided for us by virtue-signalling Green/Left city counsellors who – after consulting only the most aggrieved radicals in their towns – have insisted that we must all abandon our day of national pride because they say it’s best for everybody. With so many absurdities buzzing around in our public discourse, it’s very difficult to pick out and unpack one absurdity and examine it, but it’s my personal belief that this is the one worthy of the most attention as it really does get to the heart of just how disingenuous the anti-Australia-Day movement is.

The City of Fremantle stated that it would change the date of its celebrations to two days later as it would be a more “culturally inclusive alternative”.  Kim Le Cerf, Mayor of the City of Darebin, has insisted that residents of her town will hold a more “culturally appropriate event” that would replace citizenship ceremonies, adding, “It cannot truly be a national day when the oldest part of our nation cannot own it equally with the rest of us”. In the Sydney Morning Herald, Councillor Amanda Stone of Yarra City Council stated, “For many, it is not a day for celebration but instead marks the start of the systemic extermination of their culture. They, like us, want a different day, one not redolent with tragic symbolism associated with loss and sadness but a day where we can all celebrate our nation.”

These statements really illustrate one of the biggest issues with this unsophisticated and misguided movement. ‘For many’ it represents blah blah blah… but for a great deal many others it represents nothing of the sort. Councillor Tim Laurence, who has also twice been the Mayor of Darebin City Council, didn’t hold back by stating how, “Darebin’s migrants are being thrown under the bus in this debate”. Which brings us to the core issue. What do we mean by inclusive and who exactly is included? Clearly not the majority of Australians, who have indicated in surveys such as that carried out by the Institute of Public Affairs that they are overwhelmingly proud to be Australian.

So is Australia Day not inclusive enough? Let’s assume for a moment that it wasn’t.

If the day’s celebrations were not inclusive enough, there are a number of things our moral and intellectual betters could do to make them so, some of which already exist. Take, for instance, the march through the city and the celebration of ‘Survival Day’ in the Treasury Gardens, where a great many people – indigenous and otherwise – commemorate the loss of land and culture while also celebrating what they’ve retained in an atmosphere of humility, cohesion and community. Many people in the indigenous community already understand that not everything needs to be a retaliatory gesture and understand that no one is about to pack up and leave, which means we all have to find a way of getting along. On ANZAC Day we commemorate those lost at ANZAC Cove and in other conflicts before celebrating our proud military tradition and being thankful for being a bunch of death-dealing sex tornadoes who can survive just about anything. So why can’t we do a similar thing for our nation’s original inhabitants? Why did that proposal get scrapped in order to lazily virtue-signal and dog-whistle to the most despicable and radical elements of our fair country?

Because when they say “inclusive,” they aren’t talking about including the majority of Australians with a shred of decency, common sense and gratefulness. Cr Kim Le Cerf stated unequivocally that people who don’t share her view on Australian history are uneducated and simply don’t know enough. Essentially, their inclusivity is exclusive to those who want to find an easy way of pretending that only they care about indigenous affairs and indigenous people, without actually doing anything to assist the indigenous community. This is not showing solidarity with Indigenous Australians; this is pandering to spiteful fanatics.

So when you encounter one of these over-educated, useless, self-flagellating, self-congratulating twats, ask them a number of questions about ‘inclusion’ such as:

The answer by now should be obvious.