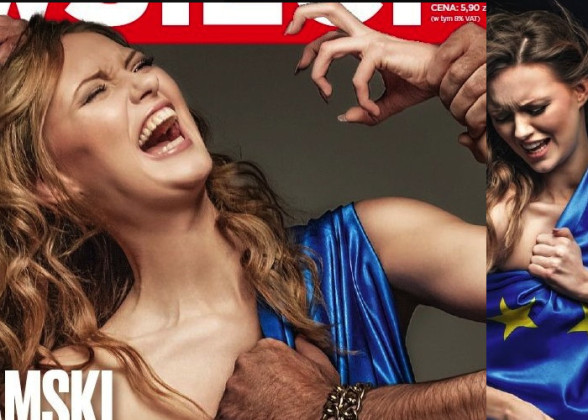 One of Poland’s most popular magazines has just published a graphic depiction of the rape of European women by migrants on its front cover.

The edition also includes articles entitled: ‘Does Europe Want to Commit Suicide?’ and ‘The Hell of Europe’.

There are some things that are correct and things that are incorrect. We do not know who wrote these rules, we vaguely know who enforces them, though truly it is up to each individual to censor themselves.

It’s a bit catch 22 meets 1984. So, we say f*ck you and publish this because, just like a staged photo of a drowned migrant story, this gets to the heart of the migration crisis.