The first response of the conservative right every time one of these poor dindu nuffin mental health victims goes all Allah Snackbar in a Sydney or Melbourne street is to wonder how stupid our government must be for letting them all in.

The federal government has struggled to explain why despite cancelling the passport of the Bourke Street attacker in 2015 it failed to trigger further monitoring of his activities https://t.co/JK2tscPl9T

They’re not stupid. They may be corrupt, they may be incompetent, but they’re not stupid. The ‘policymakers’ who tell the politicians how things will be done, at least, are not dumb. They are the permanent bureaucratic elite, the palace eunuchs who surround the throne and advise the king. Change the king and they remain. The king is dead, long live the king!

We’ve taken to calling them the ‘deep state’ in recent years, which is as good a term as any really. Most of these people have ties to the intelligence agencies, academia, multinational corporations and the mainstream media. They have various factions and rivalries, but they see themselves as a ruling elite. They have little loyalty to the people of this nation, and rather see themselves as members of a global ruling class which has more in common with similar deep state elites in other countries than with the great unwashed of their own. They are globalists, and for them life is about power and having power is about only one thing: gaining more power.

Unlike politicians, they don’t have to worry about optics. If an unhinged Muslim goes full Quran in downtown Melbourne, that’s not a crisis for them. It’s an opportunity to expand their power.

A leading international security expert is calling on Australian police to adopt a UK model of taking down terrorists, after the fatal attack in Melbourne’s Bourke Street. https://t.co/IL5cw5Jgpd

It’s order out of chaos, baby. All these inexplicably angry Wahhabists created by our Middle Eastern bestie Saudi Arabia and radicalised by the actions of our governments in the region just keep going crazy, what to do? It’s an impossible problem. So we need Judge Dredd.

ASIO would have to add at least 9000 staff – a six-fold expansion of its current size – at a cost of at least $1 billion a year to watch all potential terrorism suspects | @davidwroe https://t.co/Yo5KHYwPMR

It’s almost like the spooks have an incentive to create these nutjobs and allow the attacks to happen. For once we create these Judge Dredd-style military forces in our cities and create an Australian KGB to monitor all the ‘threats’, we won’t be able to disband them. Power, once granted, is never given back. We’ll be stuck with a permanent police state then.

And do any of us think that this monstrous state machine will concern itself primarily with Muslims, and not with nationalists, gun rights activists, dissidents and various other threats to the globalists’ power?

No, I don’t either. Add in AI, robot drones and the panopticon surveillance grid, and we’re not far away from the Hunger Games coming to a town near you. But you, dear XYZ reader, won’t be watching. You’ll be running.

For the technocratic control freaks of the globalist deep state, that’s the plan. They think it will bring order. Instead it will only bring chaos, destruction and tyranny.

In order to bring it in, they need Islamic extremism to spread. They need people afraid and looking for security. They need mass immigration.

The globalist overclass see themselves as a Spartan elite destined to rule over a helot population. For this to occur, whites must be demographically replaced and Islamic enclaves created in all Western nations to justify the AI-enabled technocratic tyranny of the New World Order. The model for the society of the future has already been created: Israel.

The raid, carried out by an elite Israeli unit, threatens to escalate conflict between Israel and Hamas. https://t.co/4cAUIbTROL

Constant warfare, walls, terror and militarised police. That is where the agenda of our deep state social engineers is taking us. We make it too easy for them by never questioning official narratives, reacting the way they want and feeding the dialectic they are using to manipulate and distract us. If we are to avoid the dystopian future they have planned for us, we must be willing to take unpopular and unprecedented steps.

There must be a complete halt to all Islamic immigration, if not all immigration altogether. Fuck off, we’re full, so sorry.

There must also be deportations of refugees and any person who has been identified as a risk to national security who was not born here. Enough of this ‘watchlist’ bullshit. Deport them. If they were born here, put them in re-education camps like the Chinese do.

We must also be honest enough to finally face who engineered the ‘war on terror‘ and mass immigration in the first place. We must begin to notice which group is behind the anti-white ideology of organisations like Soros’ Open Society Foundation. Here is George Soros’ son Alex explaining to a New York Times reporter what motivates his father. 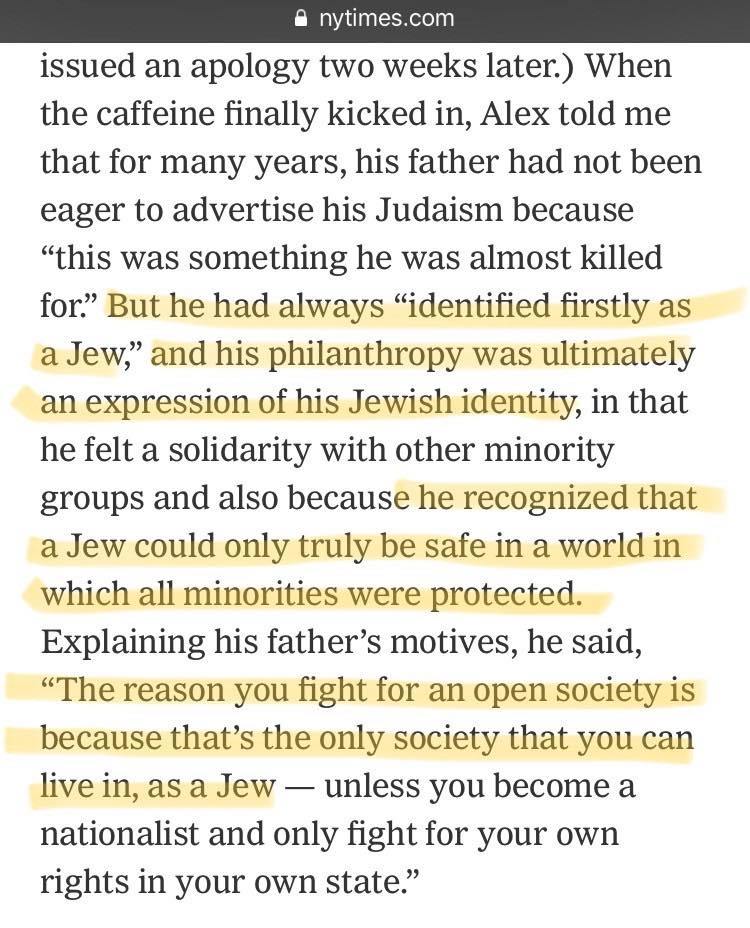 We can’t even begin fixing these problems if we can’t begin to identify them. Our destruction isn’t coming from nowhere. It’s being carried out deliberately. It is an ideological and a spiritual war being carried out openly by a group of people who have been our racial enemies for centuries. And they’re winning.

When discussing political propaganda, it is a mainstay to mention Joseph Goebbels’ quote about the Big Lie.

That term has been revived in recent years as an English translation: FAKE NEWS. And, just like in Goebbels’ time, the ideology it pushes is international socialism and the destruction of European civilisation.

Anne Aly: @ScottMorrisonMP needs a little terrorism 101 before pointing fingers at radical Islam. Yes, violent Jihadism has been a predominant aspect of religious terror but the biggest threat in Australia is domestic violence.