If we accept the rationale that criticism of Islam will turn Muslims toward extremism and ISIS, why are we so reckless with our criticism of men? 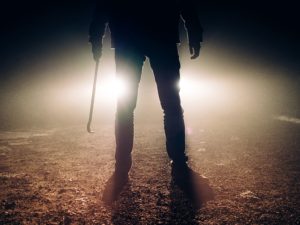 According to a recent ad campaign, we need to stop the cycle of male violence before it begins. The campaign tells us what we’ve been told before – that all men are potential wife beaters who need special education. They MUST NOT be told that they “throw like a girl”. I haven’t checked my facts (or my privilege), but I am CERTAIN this ad campaign is based on methodical, unbiased research. Even so, are we not worried that, in our criticism of men, we might turn more of them into extremists or radicals who kill women? Or even worse, cause them to join Men’s Rights groups?

Liberals/progressives are very concerned about Islamophobia, so much so that many politicians will avoid saying the word “Islam” in the wake of an Islamic terrorist attack. For the sake of consistency, when we look at the statistics and incidents surrounding “male violence against women”, can we at least call it “radical masculinist violence”, and look into how “devoutly male” the perpetrator was in each case? For example, what if the violence was committed by a gender fluid person with male genitalia? Is it fair to tarnish a whole faith, sorry, gender on the actions of one person with slightly unclear motives?

Manophobia is not a mainstream term, but I think we should still apply the same rules to the conversation as we do with Islamophobia. That is, that we probably shouldn’t talk about it. I mean, all religions are equally bad, even Buddhism, so perhaps all genders are equally bad too. Sometimes it is best to ignore the cause of the problem, and continue to be surprised when it resurfaces every week.

Or, we could try speaking honestly about everything and just see what happens.

You probably think the article is over, but before I go I would like to pre-empt some rebuttal. Yes, my comparison/analogy of men and Islam is terrible, and if you agree I’d like you to think about why. Islam is, after all, a set of ideas while, on the other hand, “men” is the name we give to a group of actual people.

Dick is a sexist, racist, Islamophobic white male, who commits microaggressions in his sleep every night. He takes full responsibility for Western colonialism yet refuses to say sorry.

This article was originally published on June 22, 2016.