Only a couple of days after the Brussels terrorist attack, 30 people have been killed at a football tournament south of Baghdad.

Islamic terrorists attacks such as the ones in Baghdad and Brussels are virtually daily occurrences. Since September 11 2001, there have been no less than 25,000 Islamic attacks around the world.

Some have tried to used the frequency of attacks around the world as a way to delegitimize the impact of the Brussels attack, and to claim that Westerners only care when attacks occur in Europe, Australia or North America.

It is not surprising the Westerners are particularly concerned when attacks occur in Western nations, because the Islamist project has made its objectives clear and sees itself in direct opposition and contending wi 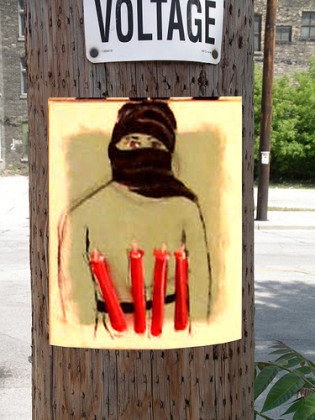 th the civilisation of the West and Christendom.

Of course, it is not only in the West where devastating terrorist attacks occur. Islamists are terrorizing people in Western, Buddhist, Hindu, Christian and secular nations and communities. But the reality it that the bulk of Islamic terrorism is directed at other Muslims. We are told of the glorious Islamic ‘Ummah’, or family under Islam, and impressionable youths are attracted by its promises and propaganda. Yet it takes little more than a cursory examination of Islamic nations and communities to see that it is patently clear that the Islamic Ummah is an illusion (as I have written about previously).

Most of the conflict in the Middle East has nothing to do with the West or Israel, despite the claims of commentators, but it is between Muslims, perpetrated by Muslims against other Muslims.

The brutal and bloody conflict between Sunni and Shia which goes back to the beginnings of Islam and sees no end has the potential to reach nuclear weapons pitch between Iran and Saudi Arabia over the coming decades. The hatred and rivalry is compounded in Islam with its in-built drive towards ever increasing obsessive compliance, submission, violence and ultimately – self-destruction.

This conflict between Muslims is replicated in so many places around the world, and attacks such as the one in Baghdad are so commonplace they barely rate media reporting in the West. But these kinds of attacks when they occur in Europe or America or Australia are a shock for us in the West. They go against the very heart of what it means for us in the West to be civilised.

A couple of days ago a Muslim man was killed in Britain. The police stated that the attack was religiously motivated. But his murder wasn’t some kind of revenge attack for Islamic terrorism in Europe that so many would jump to presume.

Asad Shah, a Glasgow shop keeper and devout Muslim was stabbed to death after only hours after posting a message on social media:

“Good Friday and a very Happy Easter, especially to my beloved Christian nation.

“Let’s follow the real footstep of beloved holy Jesus Christ and get the real success in both worlds.”

Asad Shah, a Muslim was killed by another Muslim, for a message of good will at Easter to the people of his adopted nation.

Like some kind of mafioso protection racket, Islam escalates to ever increasing compliance, submission and violence. Islam is bad for everyone – not least Muslims. We rightly fear Islam’s threat to the world. But this question begs to be asked: will Islam self-destruct and destroy itself first before it gets the chance to destroy the rest of the world?