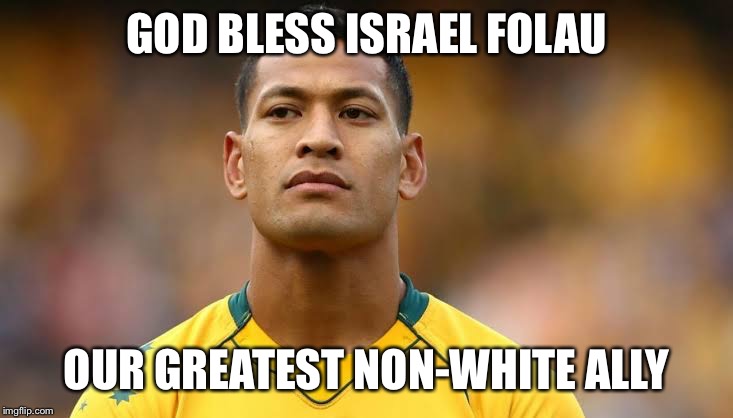 The social justice rage mob is so insidious because what they can do to one person sends a message to an entire people. These far left internet extremists have destroyed countless careers, and on the streets their terrorist comrades have physically assaulted opponents of the far left.

The cumulative effect of this terrorism is that through fear, public and private organisations now require their employees to sign contracts pledging them to abide by rules set by these far left violent extremists. This applies to both online activity and IRL activity. We all understand that there are things we cannot say or do in public without receiving severe consequences. Because we have signed contracts, if we bring up the issue of freedom of speech the far left will claim this is not about freedom of speech, but about breach of contract. Moreover, the far left does not view the requirement to sign such contracts as shoving their opinions down everybody’s throats, because they consider their own opinions to be neutral.

Thus the far left currently controls the discourse in our civilisation and works relentlessly to gaslight us and indoctrinate the next generation. Even those of us who try to search for the truth are hampered by the digital gatekeepers because organisations such as Google and Facebook are staffed to the brim with these same far left extremists.

No one man can stand alone against this current. However, if one man is prepared to stand and is supported by the still defiant masses, we may all have a fighting chance.

The Australian Christian Lobby fundraising campaign for Israel Folau has raised more money in less than 24 hours than the shutdown GoFundMe appeal did over four days.

The second fundraising campaign has already amassed more than $810,000 in donations, just a day after it was launched by the ACL.

The organisation set up the fundraising campaign for the former Wallabies star on its website after Folau’s successful GoFundMe page was closed by the US-based crowd-funding platform yesterday.

Folau launched his GoFundMe appeal for $3 million on Friday and had raised $750,000 in four days from more than 7000 donors. But the fundraising platform pulled the campaign yesterday, saying it violated their terms of service and announced it would refund all donations.

“As a company, we are absolutely committed to the fight for equality for LGBTIQ+ people and fostering an environment of inclusivity. While we welcome GoFundMe’s engaging in diverse civil debate, we do not tolerate the promotion of discrimination or exclusion,” GoFundMe Australia’s regional manager Nicola Britton said.

Far left extremists have argued that it is unfair for Folau to crowdfund his legal campaign because this is all about him losing his job, and he is a rich sportsman who can afford the bill. News.com went so low as to complain that more money was raised for Folau than for a kid with cancer. Fight for your freedom of speech and you are stealing from a dying child? This is an absolute dog act from news.com.

This also ignores the following:

Folau’s push to raise a legal war chest to defend his religious beliefs was deemed unworthy by GoFundMe and a “violatio­n” of the company’s values. But the US crowd-funding site cheerfully backed a trans­gender Australian nurse to have “vocal feminisation surgery’.

Also as David Hilton pointed out, these people literally crowdfund to murder children:

This one is important… https://t.co/9FNkzPFmPc

Israel Folau is a man with a high profile and even higher convictions. Regardless of his generous renumeration, the requirement forced upon him toe the SJW line on social media is manifestly unjust. He is prepared to lose everything in order to challenge and bring down this unjust system, and he has inspired the masses to support him, because he actually has a fighting chance of winning.

The left are currently throwing the kitchen sink at Israel Folau precisely because they understand that he has a chance of winning. They have even gone after his wife. This is not about Israel Folau’s career. This is about challenging the system which forces everyday Aussies to shut their mouths for fear of losing their livelihoods. It is essentially a class action on behalf of all Christians in support of our God-given right to freedom of religion. If Folau wins it will set the precedent that organisations cannot force people to silence themselves or act against their Christian convictions in order to appease the Bolshevism of so-called “tolerance” and “inclusion”.

It would be an actual victory in the Culture War, as opposed to the occasional political victory which just leads to more cultural retreat:

The momentum gained from such a cultural victory (and a potentially successful appeal by Cardinal George Pell) could see Christians and patriots push back and win further cultural victories. We could repeal fake marriage. Outlaw the murder of babies and old people. Stop immigration.

Take back our countries.

The left have tried to make an example of Israel Folau. Just like they went after Kanye West, they want to show the little people that if it can happen to someone at the pinnacle, it can happen to you. Nothing will save you from the SJW rage mob.

If Folau wins, we should make examples of everybody involved in making an example of him. Raelene Castle. Nicola Britton. Rob Solomon. Alan Joyce. Take them for every penny they have.

You can donate to Israel Folau here.