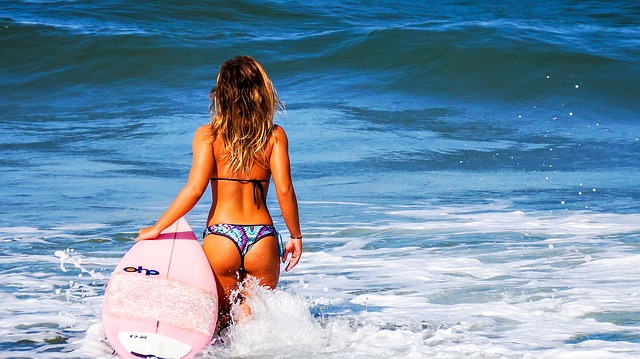 The modern world has changed. Things that we have taken for granted are no longer as they once were. The Brexit result earlier this year hinted at this massive upheaval. It was there in plain sight if you cared to look. Most people chose not to – not because they could not see, but because they did not want the unthinkable to be true.

Those who are paid to forecast these events could not even see it when it was staring them in the face. They cannot see it even now. The mainstream media, the pollsters, and the political class collectively failed to do their jobs. If Brexit was the crack in the dam wall, then the Trump victory was the tumultuous sea that crashed into the cosy world of the global elite and swept it aside in triumphant disdain. The day after the election the pundits do not know what has happened. A clear and careful analysis would reveal that everything they have built their careers on is no more. Their jobs depend on them not seeing and so they will remain blind to the end.

Writing yesterday in The Australian, Greg Sheridan, who three days ago made the assertion that Trump would never win, was at a loss to explain the result. In his own words, he got his predictions spectacularly wrong. In an attempt to explain the unexplainable, Sheridan fell back on the trusty divide of left versus right. But the problem that he faces is that these definitions no longer seem to fit what is happening. Sheridan cannot understand it. His belief is that the US now has two left-wing parties. How else to explain Trump’s policies and platform? He lists them off – Trump is a protectionist, Trump is anti-free-trade, Trump wants to spend money, Trump wants to withdraw from the global sphere and become isolationist. All of these are classic leftist ideologies.

Sheridan admits that on some issues Trump swings wildly to the right, particularly on tax cuts and identity politics, not to mention climate change. The chances of the Paris climate agreements being ratified are now up there with anyone ever caring what a Hollywood actor says ever again.

And finally, Trump is very unsympathetic to refugees. But Sheridan cannot understand this. He understands that the US needs to be in control of its borders, but then assumes that this means that the US can then be generous to refugees in an orderly way. He assumes that this is an ‘unfortunate conflation of issues in Trump’s mind,’ when the truth is that it is his own mind that is confused.

In the same issue, Alan Kohler and John Lyons both equate Trump’s success to that of Bill Clinton’s 1992 campaign slogan – “It’s the economy, stupid.” How else to explain what has happened? It must be the economy. Trump was speaking to the disenfranchised classes of Middle America who have been conveniently forgotten by the political elite. While Clinton wasted energy on identity politics, Trump went after the heartland with promises of economic renewal.

And yet Sheridan accused Trump of running on identity politics. Which is right? How do we work out the mess in which we find ourselves?

The answer lies in the fact that all of these writers are wrong, along with every other professional pundit that I have read today. The simple fact is that the left and right side of politics no longer exist. It is beyond useless to think in those faithful definitions. They have passed their prime and ceased to be. The two sides of politics now are globalism and nationalism.

What we once knew as the left is firmly rooted in the breaking down of borders, the pursuit of political correctness, global free trade, the rise of omnipotent and unanswerable multinational organisations under the banner of the UN, and all under the umbrella of multiculturalism. It was to be a one world order. The climate change fraud was simply a method of bringing this about under the guise of ‘saving the planet’.

Those who were once on the right side of politics are now nationalists. They are primarily concerned with saving their culture, cultures that existed before the rise of multiculturalism. If politics is downstream of culture then the economy is downstream of politics. The success of Western economies in the last two hundred years was a result of a number of factors, but the most important was that the cultures of these countries were most conducive to take advantage of gains in industry, economics, science, and politics. Everything is downstream of culture and it is these cultures where the battlegrounds are being fought.

Trump instinctively understands this, as do other nationalist leaders around the Western world. From Pauline Hanson in Australia to Geert Wilders and Marie le Pen in Europe, these politicians comprehend the crucial battle that is being fought out. We are in a war for the very survival of the culture of the West. This is why Sheridan cannot equate Trump’s desire to control the physical borders but still stop incompatible immigrants entering legally. He doesn’t understand that it is culture which is at stake.

The millions of people who roused themselves to go out and vote for Trump were not driven by banal ideas of simple economics. They were driven by what John Lyons described in his article as the visage that greets the visitor in countless American inner cities today – ‘the abandonment, the barrenness, the fear, the poverty.’ These are not descriptors of any Western country in the world sixty years ago. Today they are typical. People in their hearts know what has changed. It is the colour of the faces that they see on the street. They are strangers in their own towns. They want to feel safe again, they want to belong again, and they want to have their way of life back again.

Trump’s victory is the repudiation of the great deceit that was multiculturalism. The modern world has indeed changed, but it will be simply a reversion back to what previous generations knew and took for granted. Individual nations built on a foundation of a single and identifiable culture that is unique to each and every one. That is true diversity.

So to all those pundits out there who are struggling to comprehend what is happening, let me make it simple for you:

This article was originally published at www.pushingrubberdownhill.com where Adam Piggott blogs regularly and brilliantly.