Battle lines have been drawn even if most don’t even realise it yet; Globalist or Nationalist, that’s your choice and you’d better choose wisely because your life may well depend on it. This is the true war of our age, the war of the end times, and it’s fundamentally a war of lies against truth.

Will you let Globalist lies suck you into the idea of a global utopian dream that just so happens to leave a small group of financial oligarchs as your masters? Or will you accept the truth of natural law and the biological urge of all human beings to form into ethnic, aka genetic, nations?

I’d urge people to side with nature but if you think “this time it’s different” that’s your choice, just don’t complain when the devil demands his dues. 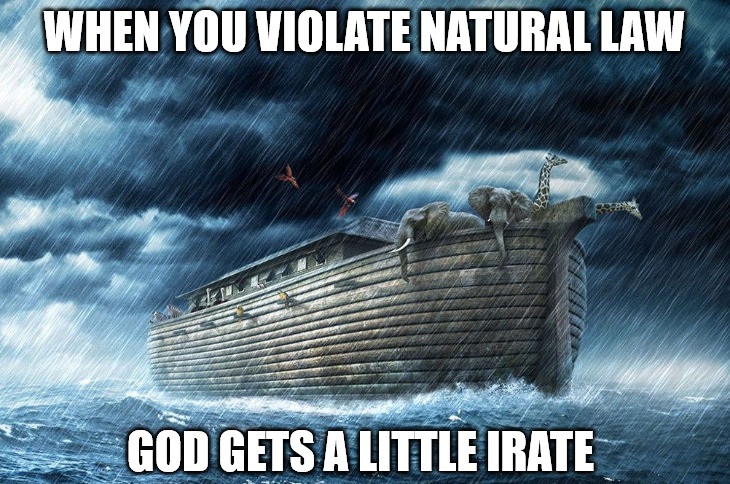 One officer in the army of Satanic lies is Kevin Rudd, who recently produced a roughly 19,000-word essay outlining his vision for an Australian identity. He even created an audio version for those of you with thick enough skins to handle his pompous condescension and lies inserted directly through your eardrums.

Globalist shill Kevin07 thinks Australia needs to be bigger. Much bigger. That’s his road to what he called our “national identity.”

“These are my views on the core elements of a vision for our country’s future today. It’s unapologetically a vision for a Big Australia because I do not believe we can safely guarantee the nation’s future in this deeply uncertain world unless we become much bigger than we are. Precisely how much bigger will be a matter for detailed research on what we will need for our future national capacity, although a figure of 50 million should be within our reach for the second half of the century.”

Where those tens-of-millions of million people come from he doesn’t say but, given his love for a certain authoritarian East Asian state, I’d say it’s relatively clear.

Predictably, he calls for “new infrastructure” in order to support all these new people while ignoring the fact that we wouldn’t need any of it if Globalists weren’t flooding our nation with foreigners.

The irony of this monstrous piece of windbaggery is that he genuinely highlights the issues facing Australia:

“So what are the conceptual components of any such national vision? I argue it must be about identity, about who we are as a people, and how we conceive of ourselves as a nation. A vision is also about the values we share, because these ultimately shape what we can sustain, what we will tolerate, and what we will never abide.”

That’s a correct assessment, as a nation we need to focus on who we are as a people and how we conceive of ourselves as a nation. It’s just that those of us who understand natural law and truth realise that this vision can never be one that divides us against our most fundamental identity – our ethnic and racial heritage.

Ethnicity is the absolute core of who we are as a people, it’s literally the genes of our ancestors handed to us over hundreds of generations. Racial differences are not simply brown skin, yellow skin or light skin; they are brain size, IQ, thought processes, creativity and, as much as Globalist shills would deny it, our values.

You cannot simply import tens of millions of people, teach them Western values and expect them to magically turn into Westerners. That’s not how this works, that’s not how any of this works.

It wouldn’t be a proper Leftist shill piece if he didn’t flat out lie about those he deems his direct political opponents:

“The conservatives, whatever political wallpaper they may use, are ultimately believers in an Anglo-Saxon monoculture…The conservatives, with their own selective appeal to history, tradition, religion and race, will only seek to cover part of our identity, and then cynically use this narrow definition to consolidate their political constituency against “others” who are then defined as “outside” this identity and threatening to it.”

This would be fantastic if it was true but it’s not even close to the truth. The reason we are staring down the barrel of multicultural chaos is precisely because so-called “conservatives” didn’t bother to defend the Anglo-Saxon Monoculture. Malcolm Fraser flooded our nation with foreigners after Gough Whitlam ended the White Australia Policy – Australia’s Magna Carta – without the consent of the people. John Howard flooded our nation further with people who are not our people.

“Conservatives” have done little more than capitulate to Left and assist in moving our nation further to the Left and Globalist Hell.

Rudd pushes hard on the blind partisanship. The title could easily be “Labor Good, Liberal Bad,” given he makes statements such as:

“We have a sense of national identity beyond a selective rendition of history, culture and race. We argue a broader set of values which appeals not just to our self-interest but equally to our social conscience. So too with our understanding of the broad sweep of our enduring, fundamental and existential national interests.”

He acts as though creating a vision “beyond a selective rendition of history, culture and race” is good just because it is. Nowhere does he provide examples of nations improved by multiculturalism with facts and evidence to prove his point. He simply makes the assertion and argues from the assumption that it’s correct.

It is a fact that monocultural societies are the safest and most peaceful, this is beyond dispute yet here we have a Former PM shilling the Globalist mantra directly against our genetic and national interest. Not to mention the interest of individual Australians now suffering at the hands of the move to a “big-Australia.” 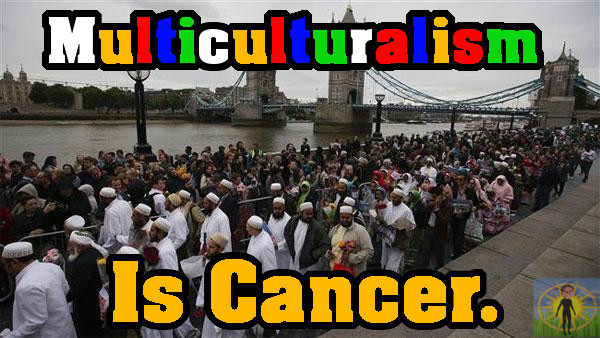 It’s gut-wrenching, and the idea that Labor have a vision that’s anything more than “we want power and you are going to lie down whether you like it or not” is laughable.

He pushes for “action” on climate change, more government spending on everything and wants more people here regardless of their ethnicity. In other words, it’s dishonest Globalist propaganda, if we implemented his ideas it would destroy our nation.

He manages to make a couple of decent points in that he calls for an end to corporate political donations, although this doesn’t seem to include union donations (funny that), and he does call for more diversity in the media. However, this would involve “social media regulation,” and I don’t trust the Left to regulate social media in a way that would allow for genuine diversity.

When the Left say they want “diversity” what they really mean is “less people I don’t like, especially White Men and the ideas they hold.”

All we need for real media diversity is to protect user rights and free speech online, but you can bet your house they’d try to stop “fake news” and “hate” because those two terms really mean “things the Left don’t want you to read and say.” The Left can’t win the argument so they censor their opposition and flood nations without people who vote Left.

The most ridiculous part of his diatribe is when he takes aim at the “conservative media” obviously run by big-bad Rupert Murdoch:

“The conservative media agenda is clear – destroy Labor at all costs because they are a threat to conservative interests. And then destroy the ABC, as the only remaining independent media platform remaining in the country, while you’re at it… We should be loud and proud and declare open warfare on Murdoch and all that he stands for through all the alternative media at our collective disposal. In fact, we are wimps if we don’t. The Murdoch media have long behaved as bullies. And bullies must be stood up to. There is no downside. The truth is Murdoch seeks to destroy our reputation as a party, as a movement and as a body of progressive ideas. We are perfectly entitled, based on the facts alone, to go on the attack. We are in a war against Murdoch. The Murdoch media is not an independent media organisation. It is a political party, acting in pursuit of its own clearly defined commercial and ideological interests, and doing so in partnership with its coalition partner, the Liberal Party.”

The fact that the Murdoch press is just as dishonest and Globalist as Kevin Rudd’s “side” seems to escape our former PM. Either Rudd knows the Murdoch Press are actually on his side and he’s lying or he’s too stupid and partisan to open his eyes to the truth.

He even calls the ABC the “only remaining independent media platform remaining in the country” (terrible writing by the way) which is just plain rubbish. The ABC are not “independent”, they are big-government shills, drunk at the taxpayer-funded trough. 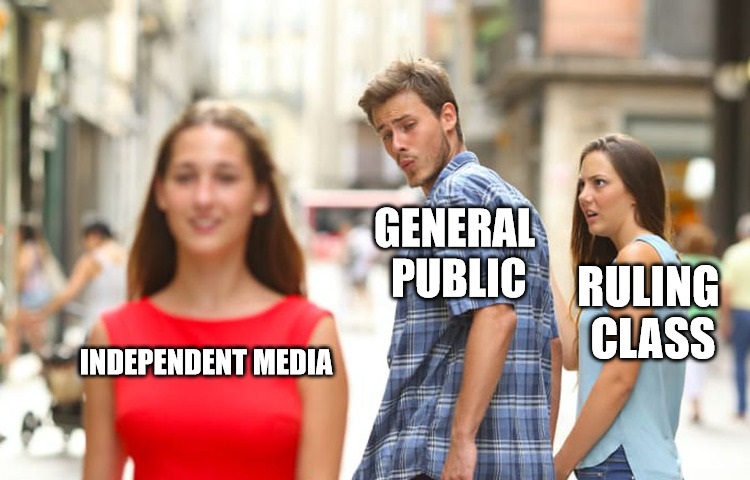 He may fail to recognise the players but Kevin Rudd does recognise that we are in a war for the nation’s soul. He even recognises that it’s a war of the White ethnic majority against floods of invading foreigners. It’s just that claiming “conservatives” are fighting this war is demonstrably incorrect, and he is on the side of the invaders.

“The only problem is that nationalism offers nothing by way of concrete answers to the substantive challenges of our time. Its code language is simple: blame them! It takes us nowhere. Other than ultimately to war.”

Wrong, Sauce-Bottle Man, only Nationalism that is not blind to race offers truly concrete answers to the challenges, and major threat, of our time. Nationalists correctly place the blame on the ruling class, and it’s not Nationalists leading us ultimately to war – that would be Globalists lead by the rootless Financial Oligarchy. 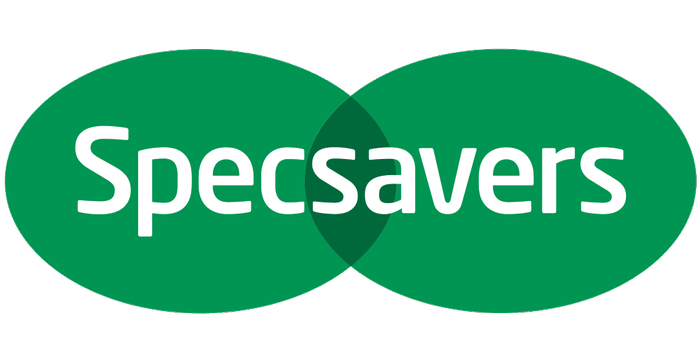