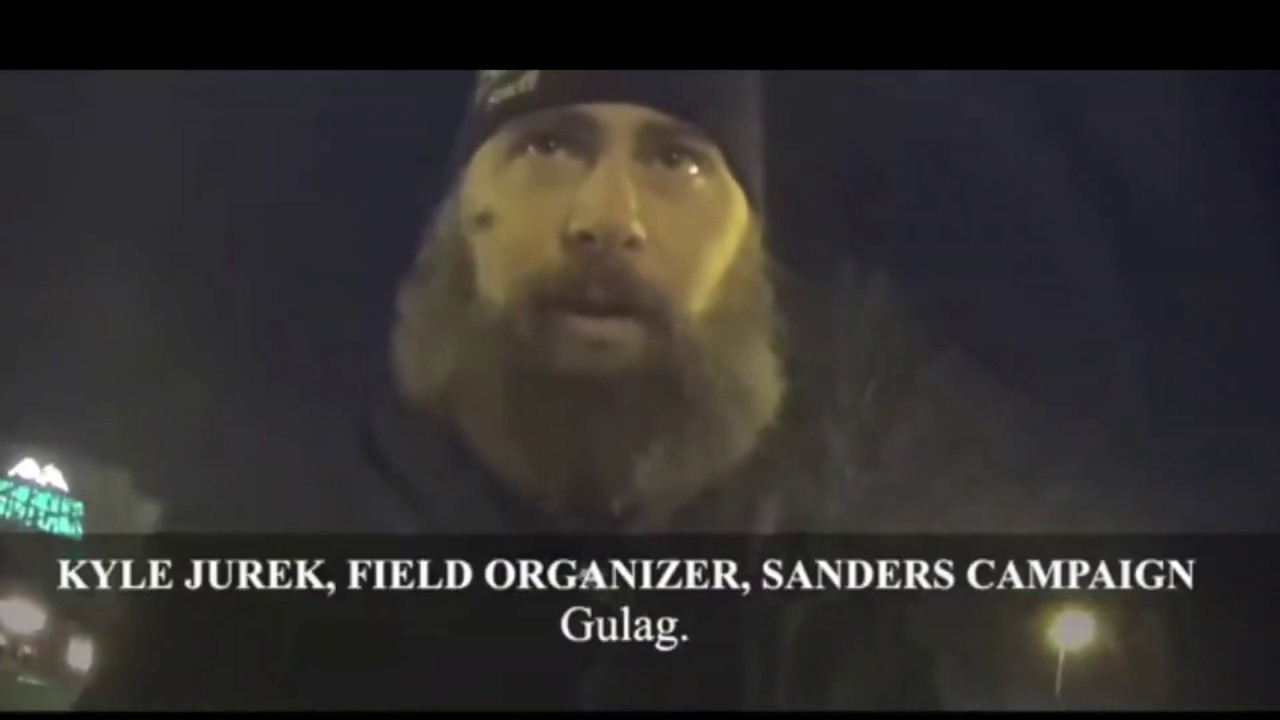 The good people at Project Veritas have a knack at getting communists to loosen their tongues:

In many respects this guy is right.

In war you kill your enemies.

We are at an endpoint.

It is just that #KyleJurek has been brainwashed by #antiwhite propaganda and is fighting for the enemy. https://t.co/8ROEwmN6R3

“If Bernie doesn’t get the nomination or it goes to a second round at the DNC Convention, f*cking Milwaukee will burn. It’ll start in Milwaukee and when police push back on that, then other cities will just f*cking (hand explosion).”

“The cops are gonna be the ones that are getting f*cking beaten in Milwaukee. They’re gonna call up the National Guard for that sh*t. I promise you that.”

“I’m ready to throw down now. I don’t want to wait and have to wait for f*cking DNC…The billionaire class. The f*cking media, pundits. Walk into that MSNBC studios, drag those motherf*ckers out by their hair and light them on fire in the streets.”

“Well, I’ll tell you what in Cuba, what did they do to reactionaries? You want to fight against the revolution, you’re going to die for it, motherf*cker.”

“Whatever it takes. And that’s why they’re like “oh, Anti-Fascists are violent” it’s because we’re willing to go above and beyond what the law says is acceptable…. The only thing that fascists understand is violence. So, the only way you can confront them is with violence.”

This isn’t anything we don’t know. The far left have repeatedly voiced their desire for violence and regularly display it.

“There’s a reason Joseph Stalin had Gulags, right? And actually, Gulags are a lot better than what the CIA has told us they were…”

“…So, that, that was the intention, of Gulags, right? not only to elim- like, remove, like people where were like insidious to the state from the state, right? Like “hey, you guys are all causing problems, you’re like, working against the revolution; we’re just going to remove you and put you in Siberia, where you learn the f*cking value of like being a comrade.” Like, and that’s what it has to be. Like our prisons, in the United States right now, are far worse. Far worse than anything that they experienced in a f*cking Gulag. Like people get raped. People get f*cking, work 12 hours a day. People have to go fight fires in California for a dollar. You know what I mean? That’s f*cked up. that’s super f*cked up. Soviet Union didn’t do that sh*t.”

Let’s fast forward to a rare moment of insight:

KYLE JUREK: “I mean the whole basis of Communism is like people and planet above property. Like we’re here to preserve the planet, to preserve people, right? We don’t want to have to, but if we f*cking, if people are going to try and fight back against the revolution, so when you hear about like atrocities committed in Cuba by like Fidel and Che, like killing people, those people who were actively like, they were like anti-revolution. They were fighting against the revolution. Like in any war, like you guys were in war, and you encounter people who were fighting against you, what did you do?”

KYLE JUREK: “Right.  Same thing holds true in a revolution. Right like you can’t abide people actively working against your f*cking revolution. Like you can give them a choice like hey, you can join the revolution, you cannot be a bootlicker, you could sit idly by and allow it to happen, but if you’re going to take up arms against the revolution, then you should expect a violent response. Right? Like it’s f*cking natural.”

JOURNALIST: “Fight or die. Yeah. That’s what they said in the Revolutionary War.”

KYLE JUREK: “Yeah, and that’s where we’re at right now. We’re at one of those moments in human history, we’re fighting for survival, we’re fighting for both survival of the entire human race, we’re fighting for the survival of living creatures on planet earth, and there’s some people who will stop at nothing to preserve that, right? Like to see, to see the human race continue into the future. Right? To try and save the planet from f*cking destruction. Like and no matter what country and what laws were, that exist, they’re irrelevant to, there are things greater than those systems, right?”

KYLE JUREK: “There are things that are more important than the rule of law in the United States, when it comes down to the existence of the human race.”

Anybody who is not crazy or retarded understands that so-called “climate change” is a con and a means of reducing white civilisation to ruins in order to institute global talmudic communism. What Jurek has articulated is how the globalists get us there.

“Climate change” is how globalists get white people to kill each other. Climate cultists believe the whole world is going to end because of climate change. They believe that anybody who opposes their mission threatens the survival of the human species. Therefore “climate deniers” and those who oppose the revolution must be killed.

On the other hand, we understand that the globalists are attempting to replace us in our own countries and the climate con is being used to distract our own people from the attempted genocide we face. This con is so powerful that it has convinced a segment of our own people that those of us who are fighting to preserve our people must be destroyed.

We are indeed at one of those moments in human history. Apparently the only language we understand is violence. Apparently.