Ian Botham once said that you could pull any 11 Aussies off a random beach and they would give you a competitive match of cricket. That was te 80’s and we were a hardier sort back then, but Lauren Southern has demonstrated that a little bit of that spark remains. She spoke to a handful of millennials around Melbourne Central Station and RMIT and showed that despite the poz, Aussies are still possessed of ample wit:

The ferals pictured on the feature shot of the video appear to be the only genuine leftist extremists interviewed. If people know their identities, send them in to The XYZ – they could be associated with Antifa or CARF.

Most of the rest of the interview subjects appeared good natured and intelligent, even the soft left students who in a few years time may realise that they prefer family, tradition and nation to the atomisation and conformity of late stage civilisation. Quite a few realised it was Lauren Southern punking them, and appeared to play along.

Hilariously, the Daily Mail, who are generally a more reliable source of information than many in the MSM, appear to have missed the joke. They ran the line that Southern’s “trolling stunt backfires when nobody knows who she is”, despite the fact that the prank relied on people not knowing who she was, or at least feigning ignorance.

Interestingly, being the TradTHOT that she is, Lauren Southern wore a skirt, with bare legs, in the Melbourne winter. The XYZ speculates that she must have been freezing her tits off. 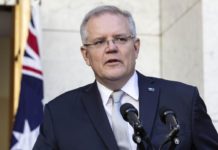