Pedophile apologists are responsible for putting together the Safe Schools curriculum taught to your school children, but that isn’t enough for the lowest of the low in the leftist world. This article from Far Left Watch shows how Antifa are now targeting kids in primary school:

School’s back so why not start an antifa student club at yours? https://t.co/9AfCKfH4Pe

In this blog post, they offer advice on how young inspiring revolutionaries can start a campus organization and recruit for their cause:

“A lot of us are back at school this week. Most of our schools have student clubs of one kind or another, dealing with different interests. Many of those clubs are of a political variety. So why not start some form of an antifa student club at your school?

“There are some real advantages to forming a club like this. It can give you access to meeting spaces and a large body of interested people. It can allow you to bring in antifa speakers or hold antifa film nights or even conferences. It can set you up to raise funds for anti-fascist causes. It can give you a reason to reach out to and collaborate with like-minded and related student clubs on a more-formal basis.

“But there are also drawbacks. It can attract the attention of fash/the authorities. It’s harder to remain anonymous when you might have to elect a board or fill out official forms. So consider carefully whether or not this is a good idea or what you’d have to do to ensure everyone’s safety while still pulling this off.”

They also instruct them that it may be beneficial to use a more innocuous name as opposed to something like “Students for Violent Communist Insurrection”:

“1) Consider if this is a safe and feasible idea. Would it put you or other members in jeopardy? If you went with a more innocuous name like “Students Against Bigotry & Oppression (SABO!)” or something instead of using an explicity anti-fascist name, would that alleviate trouble? If you want to discuss specific security concerns with us, get in touch!”

Refreshingly, the first response to this Antifa Satanism was as follows:

It brings to mind the case last week of the little girl who was brainwashed by her parents into not standing for something so civically nationalist as the national anthem. As Adam Piggott pointed out:

“It should also come as no surprise to hear that her self-satisfied parents fully standby and support their daughter’s actions. Which is entirely understandable seeing as I have no doubt whatsoever that they’re the ones responsible for filling her young head with such nonsense…

“This is virtue signaling on her parent’s part at their child’s expense. It’s one thing to be a hypocritical shit-lib all on your own, but to brainwash and degrade your own child on a national level has to be a real step forward in the SJW world. And when you think about the ever-in-flux SJW hierarchy, bleeding heart white dipshits such as these sit right at the bottom level. Perhaps their only real chance to raise their SJW market value was such a display of proxy wokeness through their own child.”

This inspired Ryan Fletcher to speculate where this might lead to: 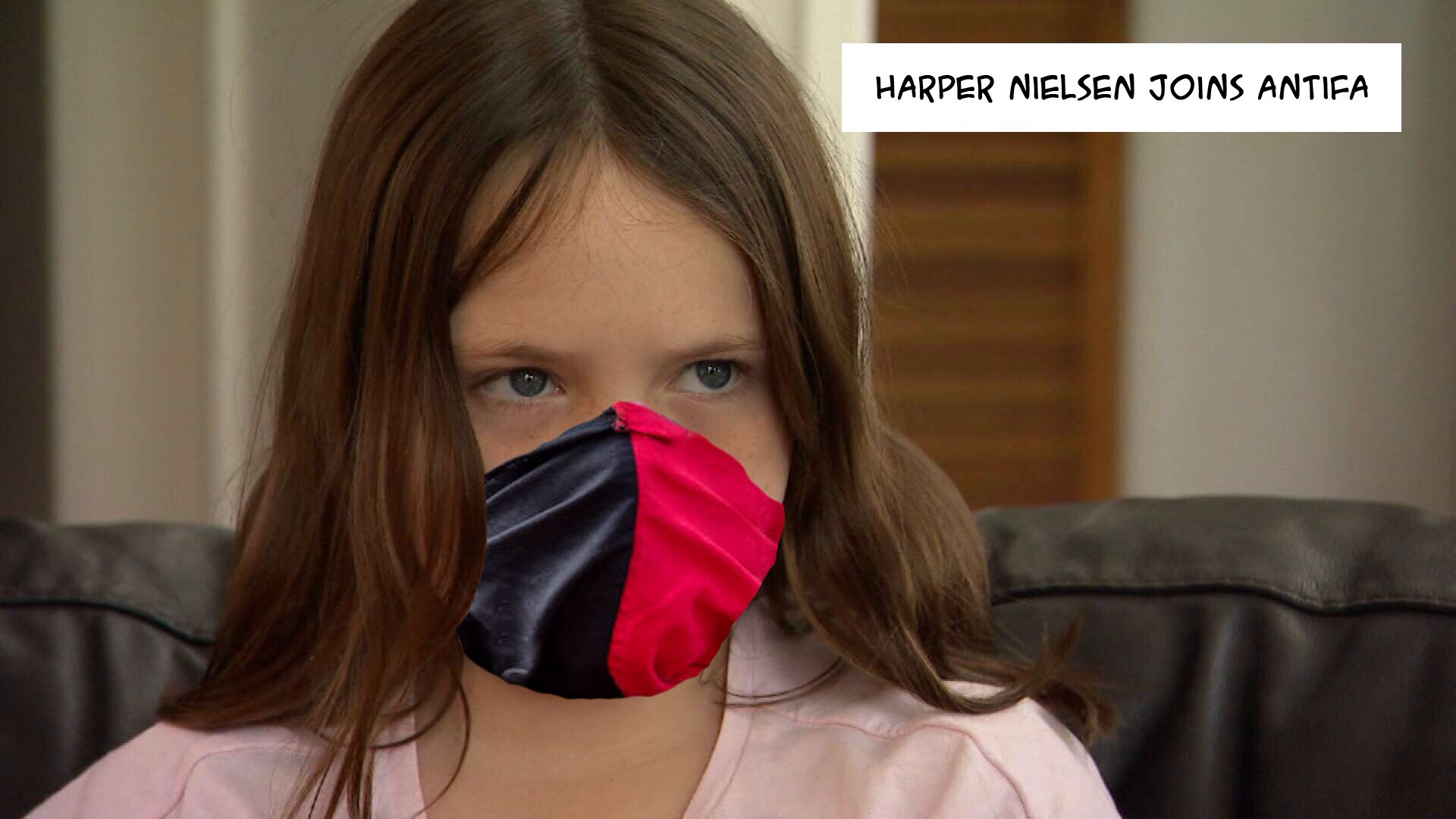 These people will burn in hell.