The Satanic globopedo pyramid of power is real fam.

A prominent tech reporter was charged by the FBI in connection with attempting to solicit sex with minors, according to a report https://t.co/2EdCCrMw9f 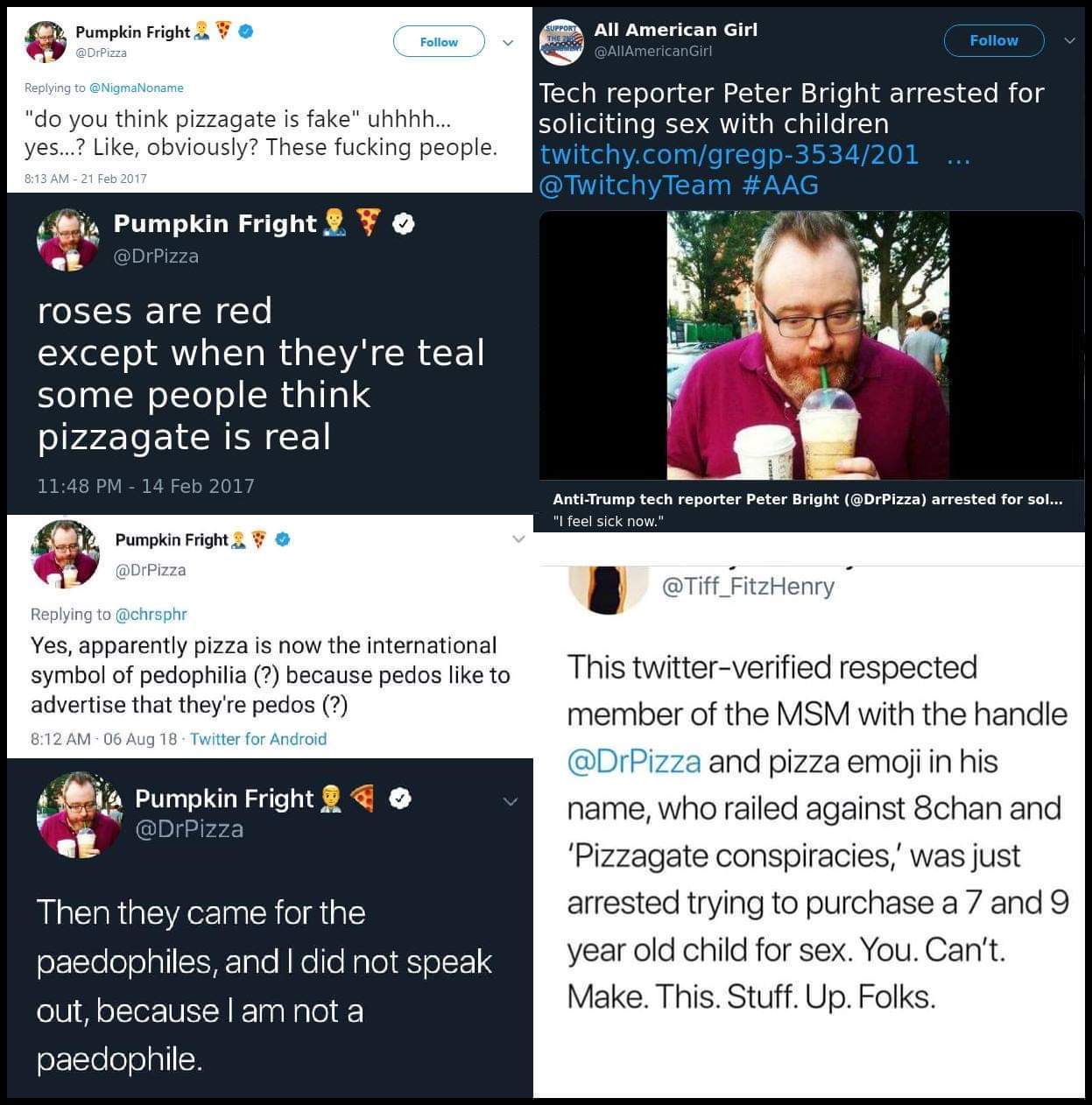 Could be any soy latte-sipping inner-urban sophisticate you might see lingering at a comic con in a My Little Pony shirt on the weekend. 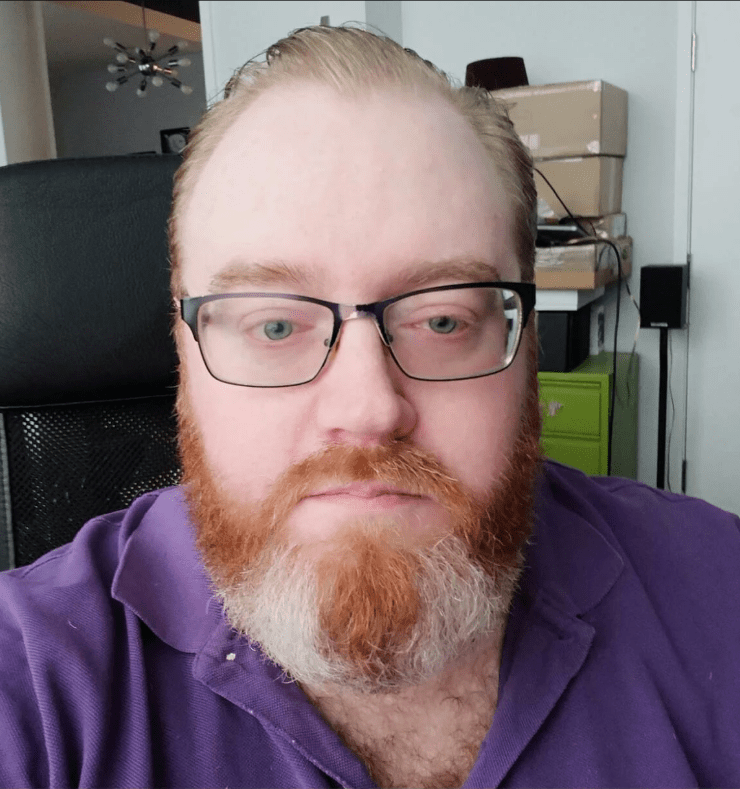 Such a wholesome face. As you’d expect, his Twitter feed is a ramble of moralistic talking points about how bad Christians are, etc, etc, etc.

I believe in the biblical standard for when life begins, hence abortion isn’t murder and should be permitted at any stage of pregnancy.

That’s not the ‘Biblical standard’, Pete. It’s the Talmudic one. Big difference.

It’s always the loudest virtue-signallers who have the most to hide.

I first broke the pizzagate story back in 2016 but gave up writing about it once it became apparent that nothing was going to happen. America was never going to be great again, she was never going to get locked up, the Trump swamp is the Bush swamp 2.0 and we’re still ruled like cattle by Goldman Sachs or the shape-shifting lizards or whatever else bloody euphemism we’re going to use for who controls the money, the culture, the government, the establishment and the military.

Doesn’t that make you wonder?

Like, maybe we all got played by the same group of people? Or something.

If you still have hope that our society can be fixed, you’re never going to be able to accept the truth that this is the end. It’s over, boyim. We had a good run. We out-conquered Genghis, we out-built Augustus and we out-governed Qin Shi Huangdi.

If history was a game that ended at 2000, we’d have gotten the high score. Now it’s to the Han bugman space imperium to see if they can beat it.

And while we wait for the righteous pillars of divine fire from the sky to finish us off, we’ve got to put up with potato-faced kiddie fuckers like Peter Bright telling us what’s wrong with society.

The iconic image of the flag at Iwo Jima being mocked by gay pride flag? What could possibly go wrong? pic.twitter.com/5fjN9u1jwD

The culture which creates human bacteria like Peter Bright is not ‘secular’. We don’t live in a secular society. Secularism is indifferent to Christianity. It can take it or leave it. That’s not the nature of the spirit which has taken over the minds of our people.

The spiritual and ideological force which has swept over our institutions and captured our societies since the 60s is not indifferent to God’s moral law. It is hostile to it. It hates it.

This force is not secular. It is Satanic. It is the subversion and inversion of Christian civilisation.

Our societies are governed by evil people because the good men were more interested in sportsball, beard oil and house renos than facing hard truths.

Kiddie rape is the logical endpoint for a society intentionally inverting the moral law of God.

I’ve Transitioned Into An Alien

This is Jareth. Jareth identifies as an ‘alien’ 👽

It’s where things have to go as the logic of anti-Christianity unfolds.

If only we could find out what group is behind this intentional subversion and inversion of God’s moral law.

It’s a real mystery who’s behind it all.

I sure hope we find out soon. 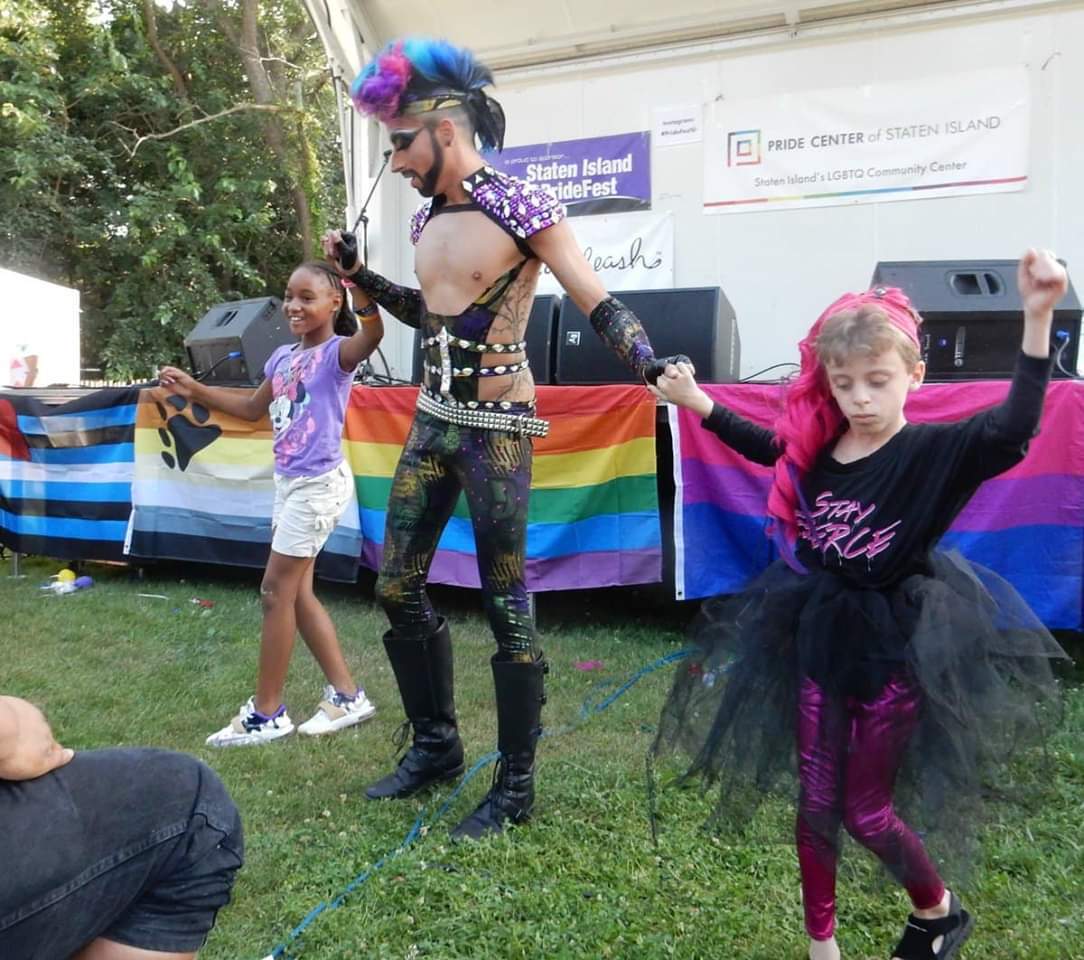