The alt-lite are on the march in the current year. From nowhere, these champions of free speech (but not ‘hate speech’) have jumped out of the interwebs and into the ring to smack down the half-tonne purple-haired land whale lesbians of the postmodern left and take back the culture. 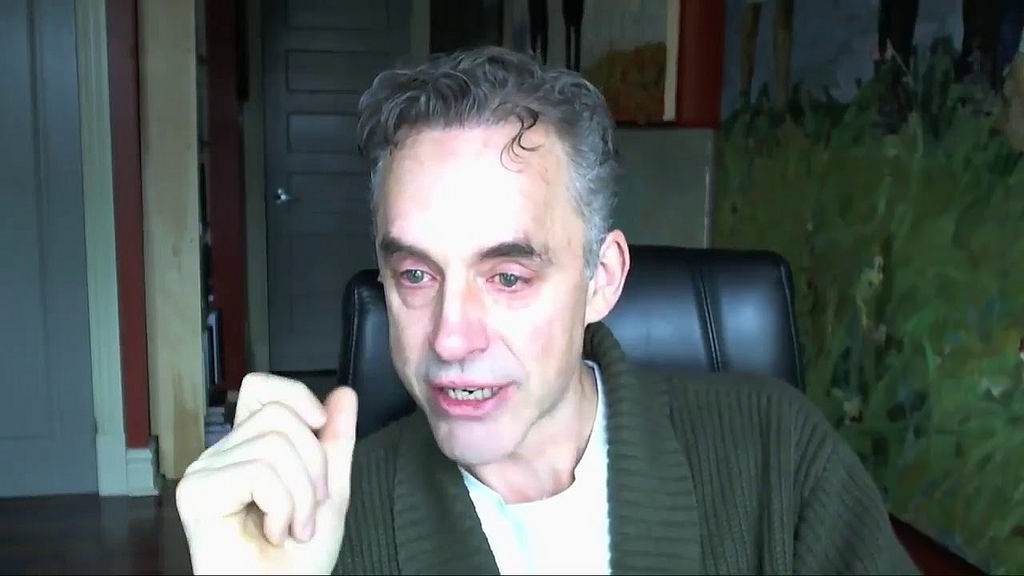 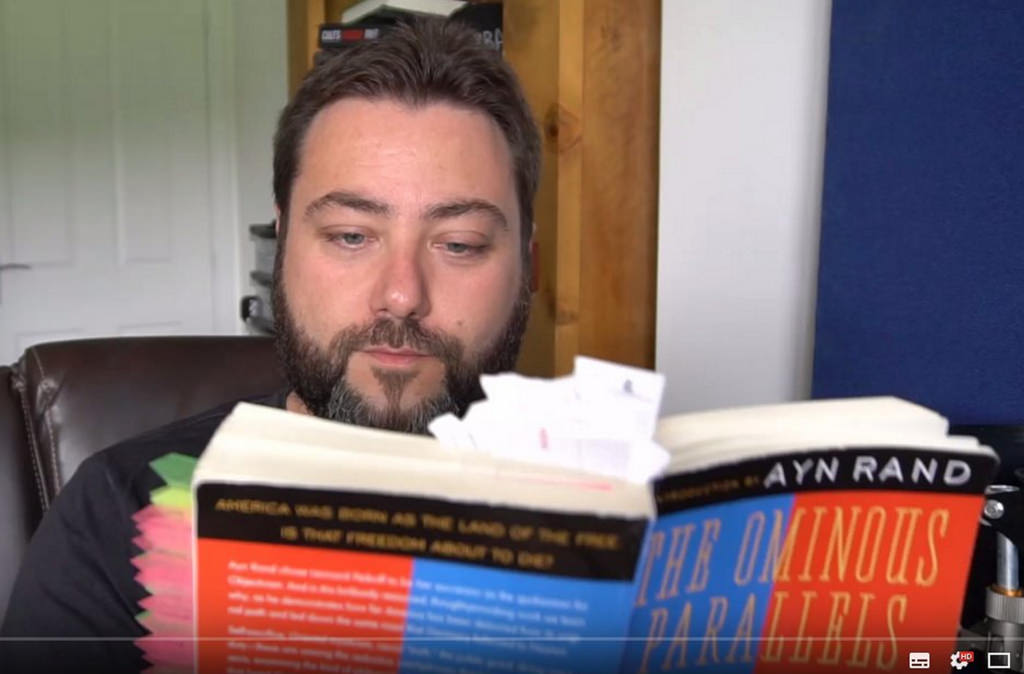 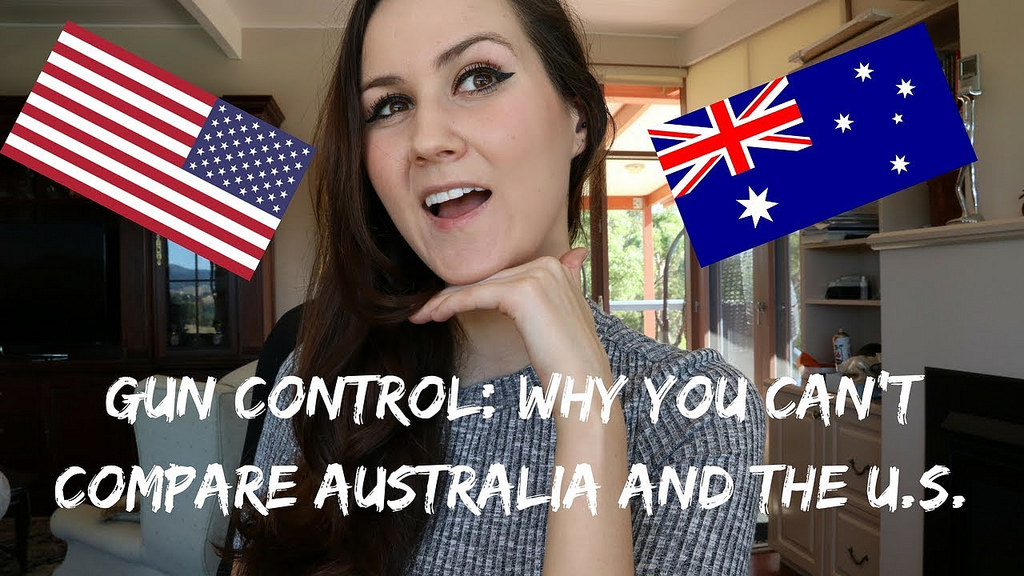 And getting ready to defend the straight Trump-loving frogs of Kekistan. 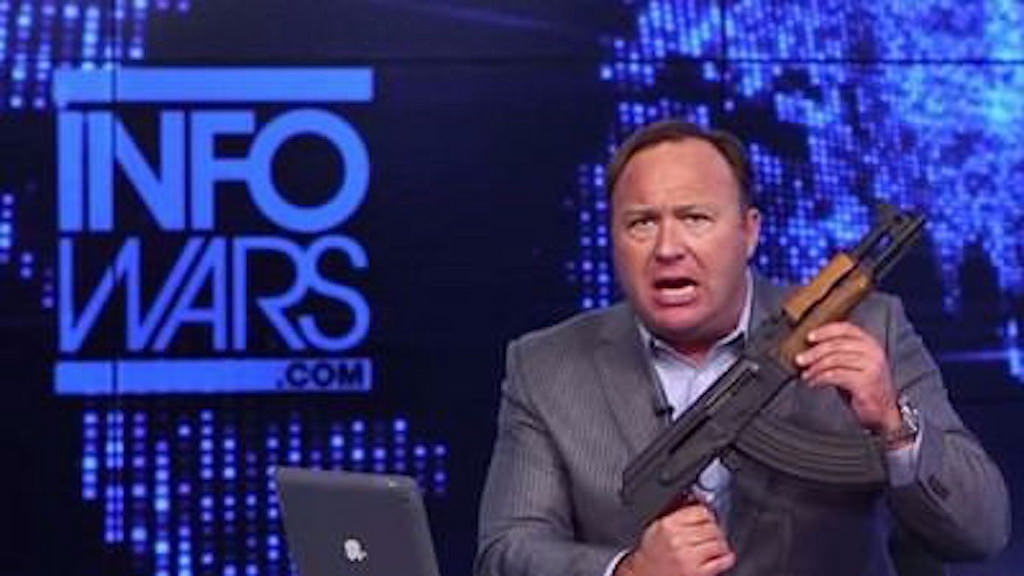 With some minor differences in emphasis, these maulers of the Marxist man-haters have developed a philosophy based around several key tenets. Chief among these are the supremacy of the individual, the sacred status of free speech and a fierce opposition to racial, ethnic, gender or religious collectivism and identity politics.

Any form of tribalism is a big no-no, especially for the alt-lite’s self-helping Jungian-Daoist dad professor.

Heavens to Murgatroyd! as Bugs Bunny had it: A misogynistic antisemitic right-wing identity-politics ideologue disapproves of me… https://t.co/sh7leTf1Ti via @XYZ

Unlike the good prof, I have no animus toward those of the alt-lite persuasion. I used to be one. I’m not going to punch lite. The reason I moved away from libertarianism, classical liberalism, conservatism, liberalistism, Kekistanism or whatever moniker various alt-liters are using in the current year, is that it is an ideology with inherent errors and irreconcilable contradictions that will ultimately make it become just another form of leftism.

I began this journey because I was disgusted with living in a culture that had become a sea of lies. I was repulsed by our everyday cruelty, heart-hardening degeneracy, crushing nihilism and societal suicide. I came to hate moral relativism and crave moral absolutism, leavened with the loving grace of Jesus Christ. I came to believe, and still do, that the truth will set us free. 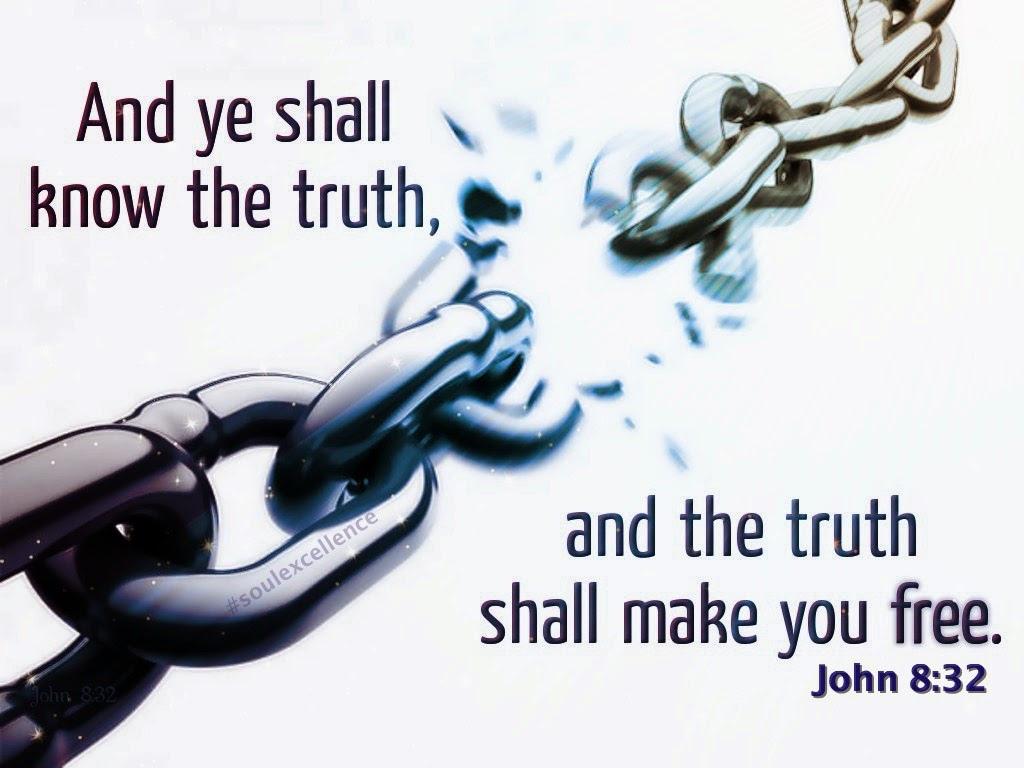 I therefore refuse to submit to another set of slightly more comfortable lies. It’s the truth or nothing. That’s why I write and speak unpopular truths about uncomfortable topics, no matter what the personal, professional and financial costs. It’s also why I couldn’t stay in the more mainstream-friendly and much more lucrative alt-lite camp.

The primary contradiction at the heart of alt-lite philosophy is a misunderstanding of what is called classical liberalism today as a movement of the right, when in actuality it is a movement of left. This misguided view stems, in part, from a misreading of twentieth century history and a misunderstanding of what caused the totalitarian horrors of the last 100 years.

Classical liberalism was always a movement of the left. It’s Whiggism; a political movement in the late eighteenth century which attracted radicals, socialists and reformers. It was never right-wing.

The main problem I have with the classical liberalism of alt-liters such as Jordan Peterson and Alex Jones, however, is that it is not classical at all. It is thoroughly postmodern. American-influenced libertarians will espouse as Holy Writ the United States Constitution. For American-style libertarians today, it’s political scripture. 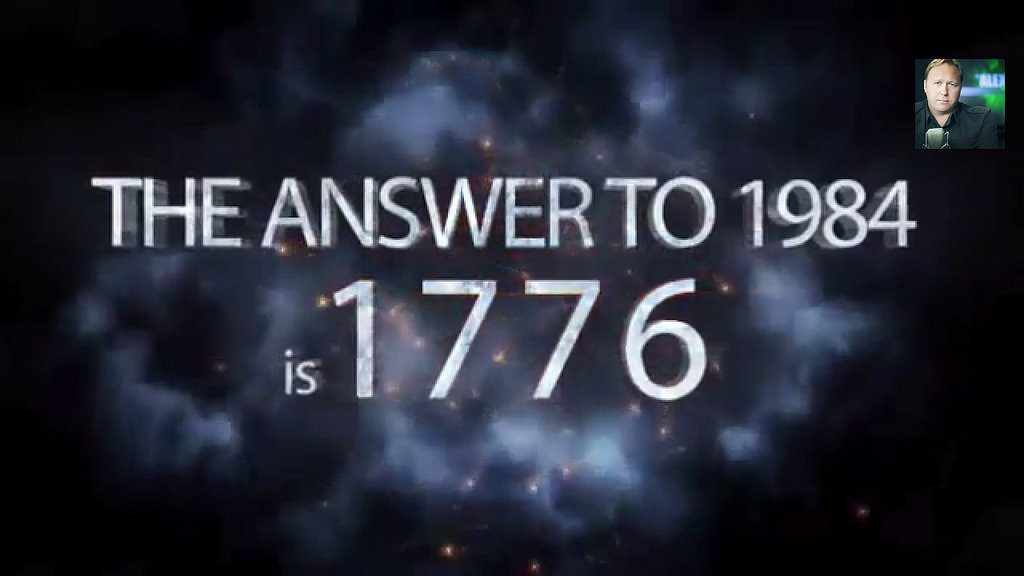 If libertarians though really want to go back to 1776 and restore the form of liberalism which prevailed during the early modern period, then we will go back to a society in which niggers are property, natives are fauna, children STFU and only land-owning white men can vote.

Unless, that is, they’re a Catholic, a Quaker or a Jew. Those subhumans can GTFO.

In other words, if you want to be a real classical liberal, you’ll want to join the queue at the most radical fringe of the alt-right. You’ll also need to ditch that beloved universalism of yours, and engage in that most evil and dreaded terror of terrors. 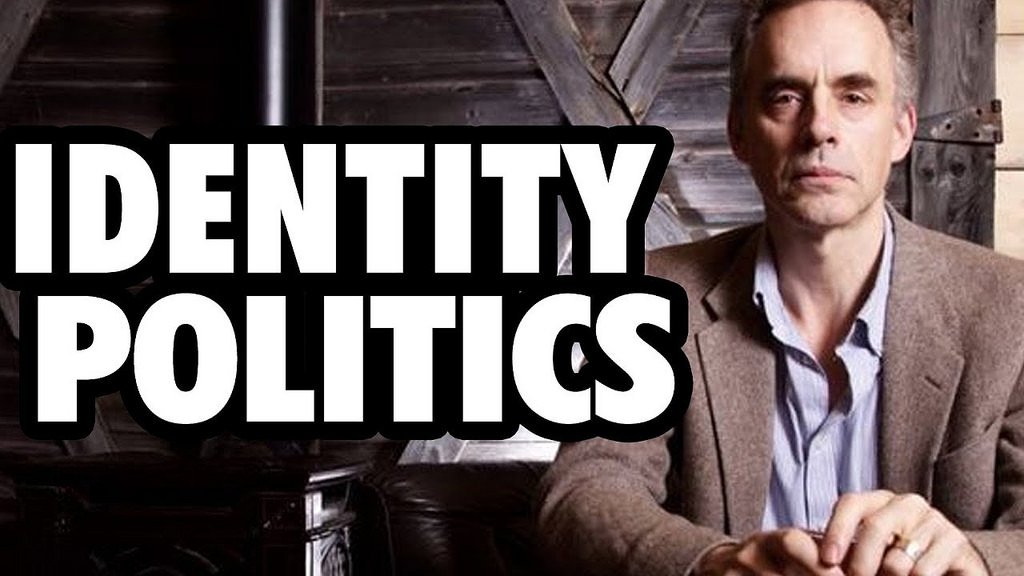 When the writers who formulated classical liberalism put down their maxims about the rights of the individual and the role of the state, they were doing so for an audience made up exclusively of white males. The spiritual equality of Christianity had not yet been misapplied out to every possible form of equality between individuals, at it has today. To extend the language and ideas of classical liberalism universally to all humans is to create a postmodern form of liberalism which is not a rejection of leftist thinking at all. It is a software update for it.

The argument that any form of universalist liberalism today is inherently left-wing might strike some of you dear readers as going too far. Let’s look then at a more concrete example of what I’m talking about.

The history of voting rights in the modern period has been a trajectory of ever-increasing expansion to a greater diversity of identity groups. This was not the intention at the beginning. We hear constantly these days about the virtues of the modern god democracy. Wars are fought for democracy. Regions have the shit bombed out of them to give them democracy. It’s the cult that can’t be questioned, and this quintessentially American obsession has made itself felt here just as strongly. 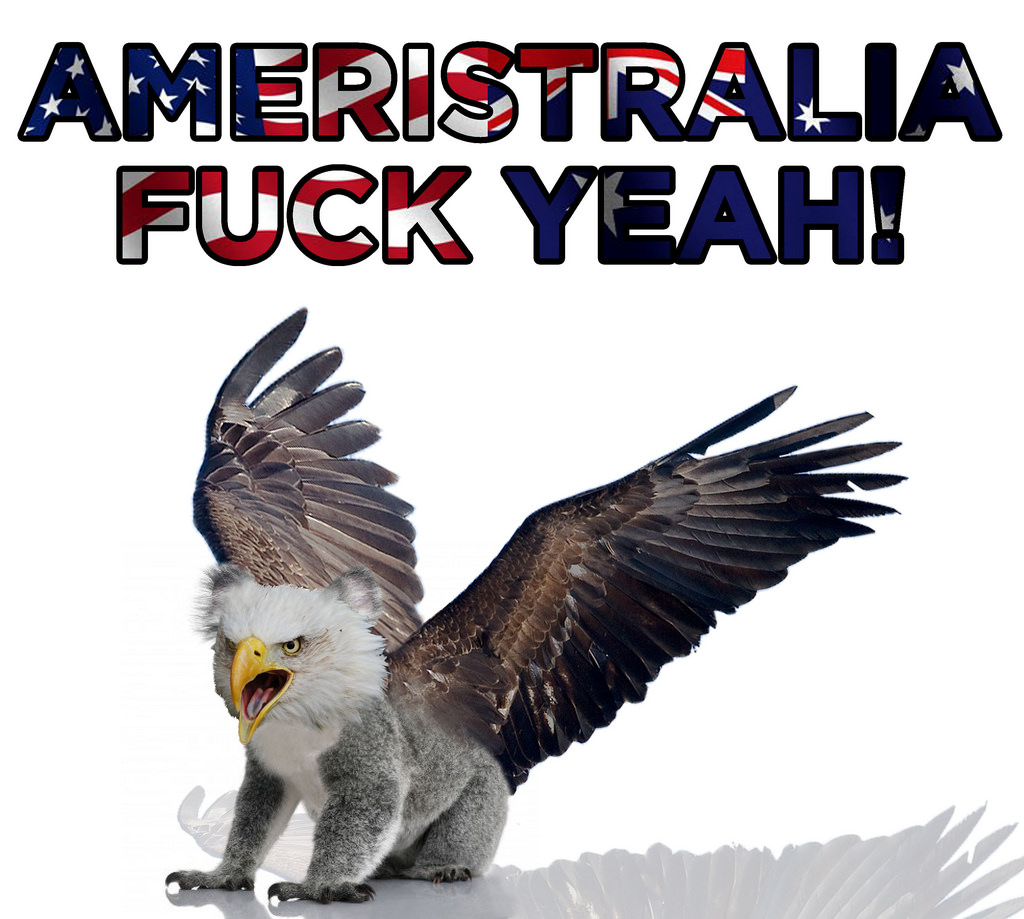 As I have argued before in these pages, democracy is nothing but a fig leaf for a socialist elite to plunder the productive and the virtuous to bribe the useless and the indolent. The extension of voting rights to broader and broader identity groups throughout the modern era has run parallel to the expansion of the welfare state. That’s because not all groups are equally productive, and identity politics is not a new phenomenon. Individuals from lower-IQ ethnic groups and unmarried females can be relied on by socialist parties to consistently vote for ever-greater expansion of the welfare state. Men and married women from higher-IQ ethnic groups are the ones who end up paying the bill.

The only way to prevent this decline into socialism in a system with voting rights is to limit the franchise to those who pay tax, especially since mass immigration and the breakdown in family formation in this country enriched us with a tidal wave of useless eaters.

The liberals of the alt-lite would be horrified at such a suggestion. How can one group be granted a right to vote and others not? It would be smeared as identity politics. Which, according to Professor Peterson, would immediately bring about another Holocaust. 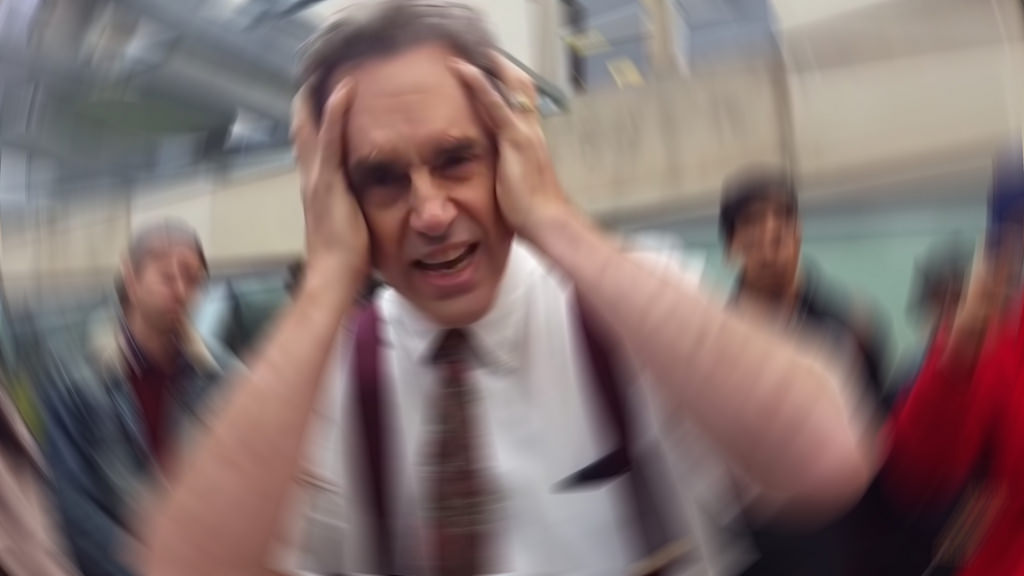 For Professor Peterson and his followers, this is the great danger of our time. Peterson preaches a form of radical individualism as a pathway away from the dangers of collectivist thinking, the identity politics that follow and the inevitable genocide that will result. He draws a series of pretty straight lines between all three.

Peterson’s argument that identity politics per se will create an environment similar to Weimar Germany from which a form of white racial totalitarianism will goosestep is almost correct. Almost. There is a danger of totalitarian racialism emerging again in reaction to the anti-white fanaticism of the cultural Marxists. It will not be identity politics which causes it, however; what the professor misses about both international communism and the national socialism it generated is that both were based upon utopian political idealism and the granting of absolute power to the state for the purposes of social engineering. Both are forms of utopian totalitarianism.

Collectivist thinking didn’t cause the many holocausts of the twentieth century. Absolutist governments bringing about heaven on earth did.

Both Bolshevism and Nazism grew out of the toxic morass of German Idealism applied to political identity categories. Both are what Karl Popper (George Soros’ professor and mentor) called ‘historicist’ ideologies; belief systems which claimed to have discovered the iron law of history and the truth about how the great problem of man could be solved. The dialectic of the first was rooted in class, the second in race. Both were ultimately grounded in a Marxist dialectic of group victimhood and a belief in the perfectability of man through the reconciliation of this dialectic by the mediating power of the state.

The orthodox Marxism of the Bolsheviks preached that the proletariat, in the form of the Russian peasantry, were oppressed by the bourgeoisie, the kulaks and aristocracy. By agitating the peasants to overthrow the aristocracy and the middle-class kulaks, the predominately Jewish Bolsheviks were able to bring about their worker’s paradise which killed 100 million. The narrative of racial grievance at the heart of National Socialism used the (real and imagined) power of internationalist Jews to propose that the noble Aryan race should throw off parasitic Jews and subhuman Slavs to reach the stars. It ended in ashes, of course. All utopias do.

Alt-lite campaigners against ‘identity politics’ ignore all of this nuance. Instead, it’s about individuals versus collectives. That’s just not true. East Asian cultures, for example, are famously collectivist. Individualism is a strange monster to them. Outside North Korea, they are societies which are much freer than ours in many ways. If you don’t think so, go there. Despite what the TV tells you, we’re the Marxists in the current year. The Chinese even have a word for our retarded millennial SJW generation: baizuo. 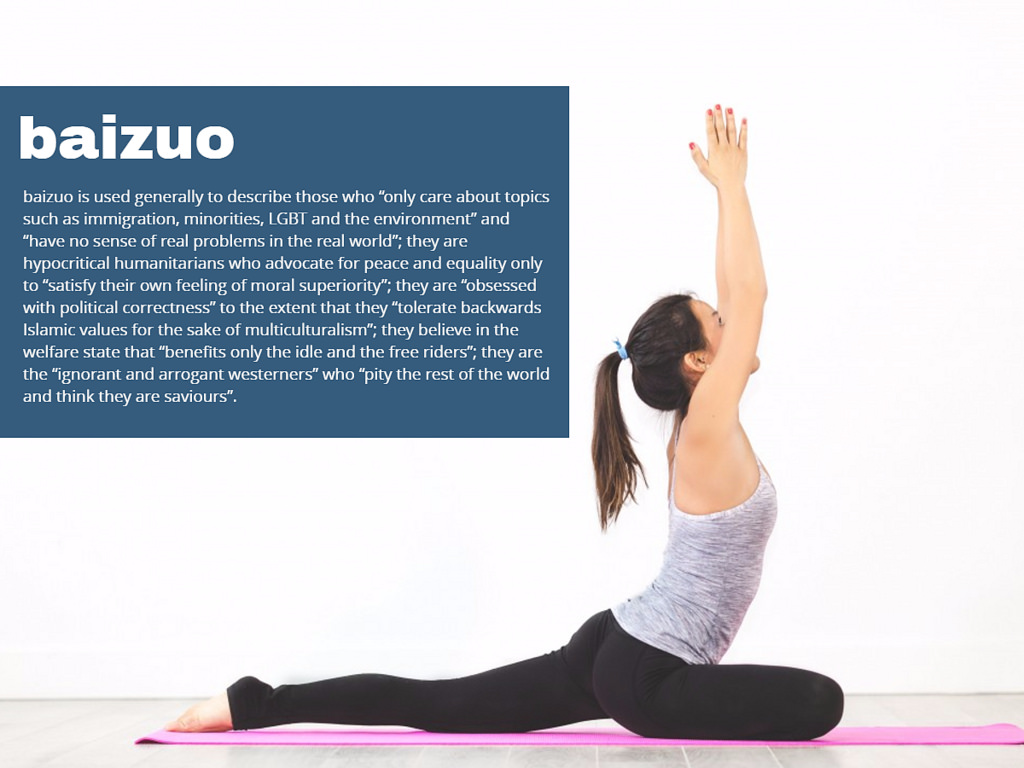 Alt-liters love to scoff at the excesses of the SJW left. Sargon of Akkad has made a brand out of hitting the pause button and critiquing PC spasticness mid-sentence. Ultimately, however, the critique that men like Peterson, Sargon and even Milo have of the left is that it has lost its way. They want to re-engineer, rather than eradicate, leftism. They don’t want to abandon the ideal of a liberal society; they just believe that the postmodern left doesn’t represent liberalism anymore. They still believe in universalism. They still believe that striving for ideals, rather than dealing with reals, is the best basis for a good life and the maintenance of social order in the West.

This is the fundamental divide between left and right, and between alt-lite and alt-right (if you want to call it that). It’s the difference between those who still believe in the potential of idealism to bring about a better society, and those who believe that only a return to hard realism will re-establish order, harmony, civility and virtue in society.

It is also in this crucial difference that the fundamentally leftist nature of what today is called classical liberalism is revealed. Today’s classical liberalism only looks right-wing to us because the campus dykes have made our society into pinko Clown World. If Thomas Paine, John Locke, Adam Smith and John Stuart Mill saw what is considered liberalism today, they would disown it.

Liberal democracy in the current year is socialism. The great dialectics of the First World War, Second World War and Cold War have worked themselves out, and from the human mince-maker of the twentieth century we ended up with a synthesis of international communism and international capitalism.

Nothing absolute. All relative. Just like the devil likes it.