Reader Dan asked for my opinion on an article about boys by Australian author and chronic leftie Tim Winton. It’s in The Guardian which should already tell you everything you need to know, (don’t you just love their routine begging ploy at the end of every article? ‘Please kind sir, could you please spare a shekel for us poor communists who don’t believe in capitalism?’ No – fuck off and be poor and miserable, you useless dweebs.)

Winton trots out all of the usual progressive vocabulary, just so we all know that he’s a very good prog-tard who would never dare overstep the mark, bow my head, I’m a white guy, I’m on the bottom of the leftie totem pole, scrape scrape, bow bow, you know the drill.

Apparently Winton is older now. He’s not noticed as much, reckons that this is top shit, mate. He can hang out on the surf break and listen to the younger blokes talking, eavesdrop on them if you will. But he doesn’t like what he is hearing. Our boys, they’re just not right in the head. They’ve got no cultural identity. They’re empty vacuums. They say bad things about the wymens. Oh the femanities!

You know what’s coming next. Whose fault is this? Not the left’s for dismantling our culture and replacing it with signs informing you not to shit in the streets, oh no no no. It’s the mens’ fault, of course. It’s out inherent toxic masculinity, and all of our privilege. Says the man who got in when the going was still good for white hetro guys in the writing game. Try getting published as a first timer now, mate. The wymens and homos who run the publishing industry will tell you to fuck right off. Better check your non-existent privilege on your way out.

Some of his screed is truly hilarious:

“Yes, boys need their unexamined privilege curtailed. Just as they need certain proscribed privileges and behaviours made available to them. But the first step is to notice them. To find them worthy of our interest. As subjects, not objects.”

How about that. Apparently boys today aren’t even noticed. They’re so far down the totem pole that they may as well be a bug that’s got stuck under your shoe; not even worthy of any interest. I know pets that are better off than that, (or even trannies).

But he still reckons that they need their unexamined privilege curtailed.

Listen up, Tim. If boys are at the stage we’re they’re merely regarded as objects then chances are that this so-called privilege that you keep banging on about just doesn’t exist. You know who has the privilege in our modern world?

The chicks, mate. The chicks.

But what am I saying? The chances of Tim taking his head out of his arse are worse than Israel Folau tweeting that he loves all the poofters. But there was one part of Winton’s article that needs serious refuting:

“Too many men are blunt instruments. Otherwise known, I guess, as tools. Because of poor training, they’re simply not fit for purpose. Because life is not a race, it’s not a game, and it’s not a fight.”

Huh? Life is not a race, a game or a fight? Well then, Mr Smartypants, what the hell is it?

“Can we wean boys off machismo and misogyny? Will they ever relinquish the race, the game, the fight, and join the dance?”

Oh … it’s a dance. Why, silly me; I must have been doing it wrong all of this time. I should have been dancing.

But perhaps Tim means that the dance is a metaphor. Okay then, a metaphor for what exactly? I’m really struggling here. I’m trying to be kind, really I am. He wants to wean boys off machismo, (being a bloke), and misogyny, (disagreeing with a woman), and get them to do something else for which dancing is a metaphor.

Nope. I got nothing.

Boys, men, lend me your headphones. You can choose to listen to a demented sack of old shit like Tim Winton, who obviously wouldn’t be able to tell a fart from a Tide Pod, or you can listen to someone like me who has actually been around the block and has the scars to prove it.

Life is a race. You are in competition for resources with every other person out there. Tim Winton, lying and deceiving shit that he is, has been in a race for most of his professional life with other writers who wanted to have their books published. This is a wonderful example of do as I say, not as I do. Tim doesn’t want you to compete. He wants you to dance, with the fucking fairies by all accounts.

Life is a game. You will have to play people and spin webs of half truths and subterfuge to succeed where others fail. With every person that you meet, your psychological approach will have to be slightly different. You can give a hundred people the same information, but you will have to frame it in different ways for them to be able to hear the message. This is an integral part of the human social experience. That a fiction writer should not understand this is simply astounding.

Life is a fight. You exit the womb fighting and you exit life fighting. And in between you fight like a bastard to carve out your piece of the world, to compete for those resources that every other bastard wants. That’s what men do. That is what we are here for – to fight. Fighting is good. The human race has got to where it is because of men who fought. Men who didn’t give up when it got tough. Men who kept going when every fiber of their being told them to stop. Men who had to listen to everyone around them tell them that they weren’t good enough, that their ideas were stupid, and just who did they think they were anyway? Men who fought to change themselves, to become better at being a man.

Better at being a man. That is the key. Tim Winton just wants better men, good men who follow the progressive lunacy that he espouses. Who apparently are just on this earth to dance. Dancing monkeys performing for their betters.

Maybe it was a metaphor after all. 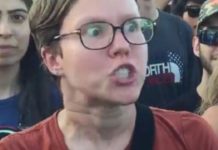 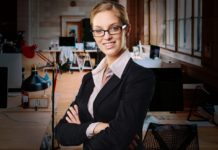