Attention citizens of the USSV, you have been chosen as Auxiliary Volunteers for the Secret Police.

Ms Neville’s comments come after Stage Three social distancing regulations came into effect at midnight on Monday night in Victoria, with a ban on gatherings of more than two people who do not live together and on leaving home for reasons other than work or education, exercise, medical assistance or shopping for necessities.

Look at the framing here:

“If you’re concerned about the actions of neighbors or communities or business, don’t take action into your own hands, ring the police assistance line,” Ms Neville said.

“That is a really important line that will ensure police are responding and you don’t need to respond.

“This is a time for our communities to support each other. I know people are really highly stressed, I get that, but please, please don’t take action into your hands, don’t fight with your neighbors.” 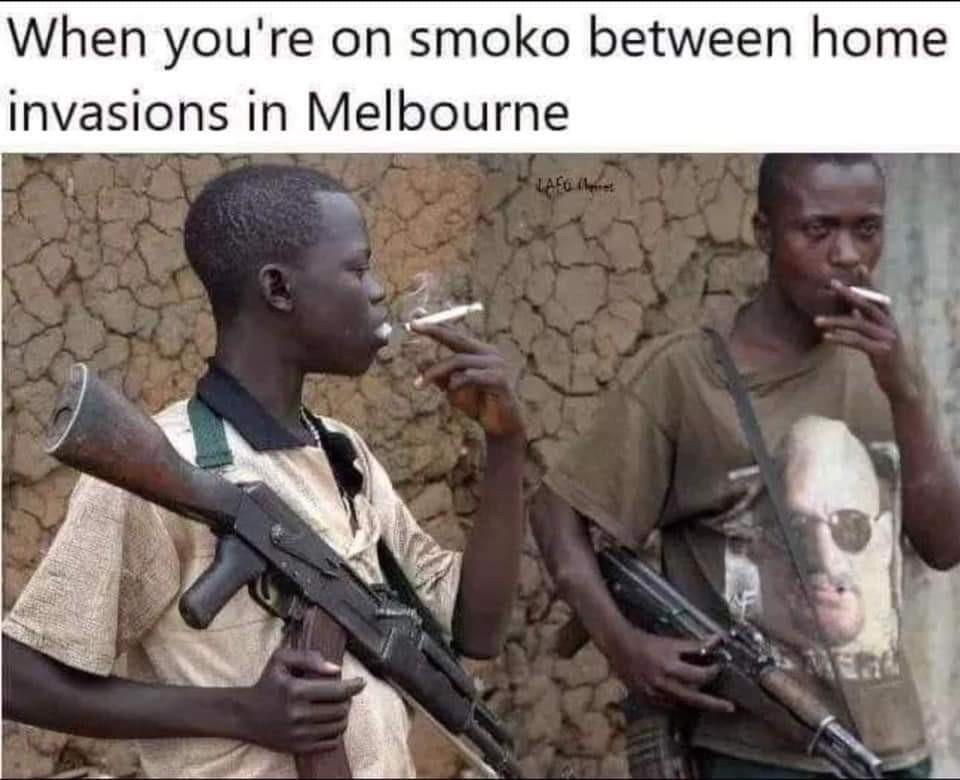 Diversity is our strength.

“We want to come out as a community stronger out of this.”

Because diversity is our strength. 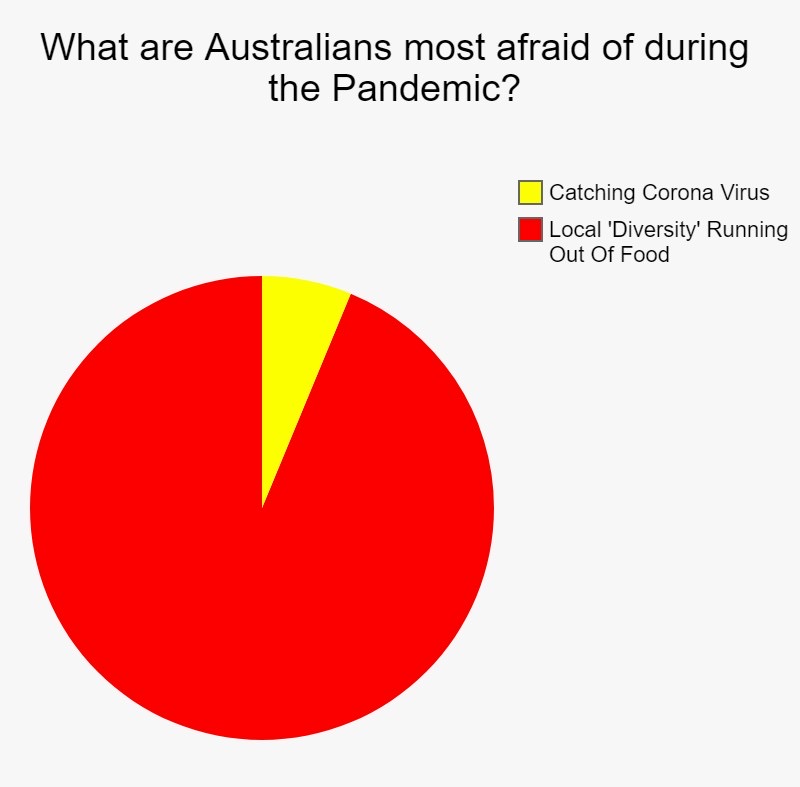 Ms Neville conceded her electorate office had fielded difficult calls regarding the severity of the ban on two person gatherings.

“We’ve had a lot of inquiries just even my electorate office about, ‘Can I go and visit my grandkids? Can I go and visit the new baby that’s been born? So it’s going to be really difficult for many families over the next period of time,” Ms Neville said.

“Victoria Police will now be able to formally implement and issue on-the-spot fines and any other measures they think are necessary, not just for those who are required to stay at home for 14 days, not just for those businesses that have been told to close, like restaurants and cafes and bars, but also now for the two person rule, where you can be with no more than two people, outdoor or indoor.

“Of course households are exempt from that, but also now, the directive goes to the provisions about staying at home.”

“The directives that were issued by the Chief Health Officer last night, makes it very clear that unless you are seeking medical help, unless you’re getting food and essential services, unless you have to attend for work, and education, and unless you are exercising, you must stay home.”

They’ve been working on this for a while.

Farmers traditionally considered their neighbours as brothers and sisters, and they always helped each other under the mantra that “the whole leaves wrap the torn leaves.” But the communist land-reform campaign threw society into chaos. The people, intimidated by those carrying weapons, tried i earnest to follow the rules of the new communist leaders. They began turning on each other in order to avoid being accused themselves.

And a little more recently.

The collective action that is required to mitigate and adapt to climate change is extremely difficult to achieve, largely due to socio-ideological biases that perpetuate polarization over climate change,

2. Because climate change perceptions in children seem less susceptible to the influence of worldview or political context

3, it may be possible for them to inspire adults towards higher levels of climate concern, and in turn, collective action

4. Child-to-parent intergenerational learning—that is, the transfer of knowledge, attitudes or behaviours from children to parents

5—may be a promising pathway to overcoming socio-ideological barriers to climate concern.

Here we present an experimental evaluation of an educational intervention designed to build climate change concern among parents indirectly through their middle school-aged children in North Carolina, USA. Parents of children in the treatment group expressed higher levels of climate change concern than parents in the control group. The effects were strongest among male parents and conservative parents, who, consistent with previous research1, displayed the lowest levels of climate concern before the intervention. Daughters appeared to be especially effective in influencing parents. Our results suggest that intergenerational learning may overcome barriers to building climate concern.

How to start a dystopian novel…

“It’s the year 2054, Melbourne, Victoria. Due to the quarantine and social distancing regulations, we must attend mandatory safe school education via remote learning over the internet. I don’t know why they bother – I have never touched another human being in the short decade since I emerged from a test tube.

“I must maintain a balanced look of concentration and pleasant satisfaction at all times, lest I be yelled at by the AI monitoring my brainwaves and facial expressions. I do not wish to fall foul of that thing, again.”

Don’t take matters into your own hands.