In Soviet Russia it was not enough for you to not object to the lunatic policies that the communist overlords were fond of instigating. You had to be enthusiastic. It was a good old enthusiasm competition. The more enthusiastic you were, the less enthusiastic your neighbour would appear, and if he didn’t up his game then it was off to the gulag for him. 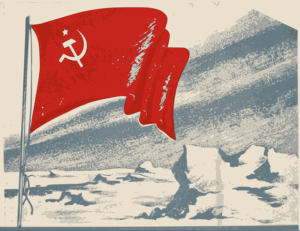 Probably the finest example of this mental slavery is the story of a birthday party in honour of Stalin in a small town in the middle of nowhere. Stalin, of course, was not in attendance, but tributes were held and toasts were made. Towards the end of the evening, the mayor rose from his seat and made a grave error: he called for one last round of applause for the honour of Stalin. The clapping went on for several minutes. People were growing visibly exhausted, but nobody wanted to be the first to stop clapping. Finally the mayor called a halt to proceedings and people sagged to the floor in gratitude.

The next day, without any fanfare, the mayor was shipped off to the gulag. As he was hauled away a party official whispered in his ear – “Never be the first to stop clapping.”

The Victorian branch of the “Safe Schools” program, which was set up to supposedly combat bullying but in actual fact is an indoctrination mission for Cultural Marxism in state schools, has now released a document that attempts to redefine homophobia with a new terminology that they call “modern homophobia”.

“Educators are being urged to look out for a new form of ‘modern homo­phobia’ — characterised by disinterest, disingenuous support or ‘sham tolerance’ — as part of efforts to promote sexual diversity education in schools.”

“Sham tolerance” is modern code for not being enthusiastic enough. One of the co-founders of the program, Roz Ward, was forced to resign from his advisory role with the Victorian government due to wanting to push things too far and too fast:

Ward posted a photo of the rainbow flag on top of Parliament House on Facebook with the comment: “Now we just need to get rid of the racist Australian flag on top of state parliament and get a red one up there and my work is done.”

Good old Roz got a slap on his wrist for this and had to keep his head down for a while. But now he’s back to his old tricks again. Quoting again from the first link:

“The guide, which coins a new acronym to describe its target group: DESPOGI, or Disadvantaged because of their Expression of Sexual Preference or Gendered Identity, cautions activists to be aware of ‘laggards’, defined as ‘conservative actors whose main aim is to protest or block government action,’ as well as ‘traditionalists’ who try to ensure that schools safeguard conservative values and limit knowledge of liberal values.”

Listen up, all you homosexuals out there, and listen good – you’re being used. These Marxist evil-doers care not one whit for your well-being. You are merely their current convenient tool that they are using to maliciously instigate their draconian communist policies and indoctrinate school children and teachers into the warm embrace of state-sponsored Cultural Marxism.

And like any convenient tool, there will come a time when your present convenience will have reached its conclusion. At that point you can expect to be ruthlessly and mercilessly eradicated. The Marxists have excellent form at this. In the early 1920s, the Soviets promoted homosexuality as well as fault-free divorce and abortion, in order to break down the family unit and make people reliant on the state. Once that was achieved, it was off to the gulag for all the homosexuals, as the party leaders came to understand that their policies were having too much of a destabilizing effect.

I am sure that many people in the gay community are revelling in this attention and what appears to now be an elevated status. But this is merely the seductive manner that the Marxists use to operate. As homosexuals, you are not just their tool; you are their experiment to see if Western society is ready to crumble before their deviant philosophy. After all, if they are able to convince state schools to legislate a program that aims to seek out and eradicate what amounts to thought crime, then the sky is the limit.

Cultural Marxists are only interested in the attainment of power and control and the ultimate power is to be able to accuse and convict people for thinking in an inappropriate manner. Or perhaps the real ultimate power is to be able to cause people to clap until they are physically exhausted from the fear of what might happen to them if they are not sufficiently enthusiastic.

This article was initially published on 1/12/16 at https://pushingrubberdownhill.com where Adam Piggott writes regularly and brilliantly.