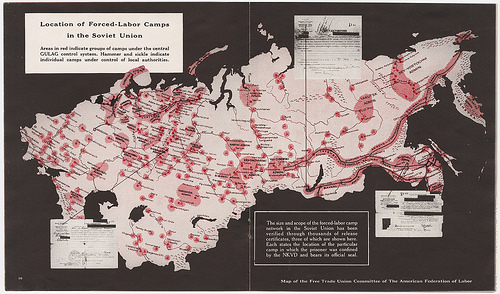 Today, May 1, is not “May Day”. It is Victims of Communism Day. So-called “May Day” is one of the tools in the set of social constructions which Cultural Marxists use to collectively gaslight us.

Much like how feminism suddenly becomes about equality when one points out that feminist-based education policy demonises the masculinity of little boys, on May Day we are expected to believe that left-wing politics is all about the eight-hour working day, equal opportunity for women in the workplace, and the people you care about coming home safely from work, instead of the economic destruction of nations, the stifling of the human spirit, and the murder of 100-200 million people.

Australian trade unions have a history of backing the National Socialists of Germany because they were allied to the Communist Soviet Union at the start of World War Two, having ties to the worst regimes in history because they were communist, and opposing the intake of Christian South Vietnamese refugees because they were trying to flee from Communists.

Commemorating the victims of Communism is important in its own right, but these points about the unsurpassed crimes (at least in the 20th century) of communism, and the support that left-wing organisations in Australia provided them, holds a key to combating the efforts of Cultural Marxists to bring their economic Marxism here. The Christian holy days of Christmas and Easter are regularly denigrated by leftists because Christianity is a pillar of Western civilisation and an impediment to the spread of Communism. Likewise, the national holidays of Australia Day and ANZAC Day are denigrated because they are central to the founding of Australia and the kind of country we understand Australia to be – Christian and British.