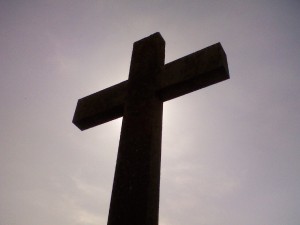 At the time of writing, holding to conservative Christian beliefs and expressing faith in the Christian God did not automatically disqualify one from standing for federal parliament. This is despite the obvious credulity of the Guardian’s reporter, and other political hacks present at this press conference, that Mr Hastie could actually believe God might have a role in creation, however ill defined and esoteric that role may be.

Since religion is now fair game in public life, we would welcome spokespersons for various lobby groups, and those who just like a few moments of air time on the evening news to whinge about “Islamaphobia,” as well as candidates for public office, making statements about their religious views on, not only the theological construct of creation ex nihlio and gay marriage, but on a range of other matters too. Might we suggest the media become vigilant about asking questions such as – Are public beheadings in accordance with sharia law and should they be introduced in Australia? How does one get to be in the crowd and close enough to participate when sinners are condemned to death by stoning for adultery? Should homosexuals be thrown from a high building, and if so which one would you nominate in our city?

I’m sure we’d find those sorts of questions, directed at persons wearing white skull caps with beards down to their knees, about as popular as a pork chop at a Ramadan meal among the Canberra press gallery. But then, Andrew Hastie is a Christian “creationist” (if he is one at all), so those sorts of niceties and that legislation doesn’t apply to him then, does it?

Source: Canning byelection: Andrew Hastie refuses to give his views on creationism