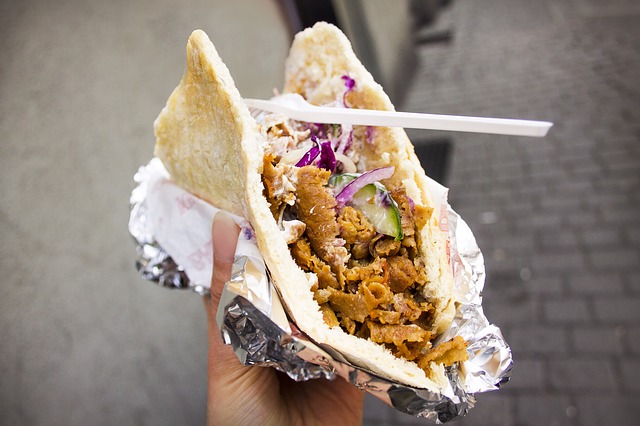 It’s fair to say that immigration into Australia needs to come to a dramatic pause if for no other reason than the inability of the nation’s – namely Melbourne’s – infrastructure to cope with the overwhelming numbers of commuters on our roads and public transport systems. But then the question remains, what about after we’ve satisfactorily established adequate infrastructure? Do we open the flood gates again for new arrivals from every corner of the globe to resettle in Australia? This is where things get a little trickier.

This is where we get drawn into conversations about assimilation, crime and terrorism. While some may argue that assimilation is impossible unless the migrants are of white European descent, it’s clearly evident that a good many migrants coming from a vast array of backgrounds are more than happy to play footy, celebrate our national holidays, work hard, open businesses and even join our armed forces and emergency services. Social and moral values are by no means determined by someone’s ethnicity but it is extremely hard to ignore the inability of certain groups to live harmoniously in a Western, liberal-democratic society, or at least for a time.

Observing migration trends in Australia we can see that sound assimilation tends to take place over a number of generations. When Italians, Maltese and Greeks came to Australia in large numbers following World War Two they were met with some undeserved xenophobia, yet with an industrious nature and plenty of work to be done, it wasn’t long before they had formed a uniquely ethnic-Australian identity and had become an integral part of the nation’s development.

A core belief in Western values and Christian identity has no doubt contributed greatly to the integration of Southern Europeans into Australia, but for all of these favourable characteristics, their assimilation was not without its inherent issues. The Calabrian Mafia became an ever present problem not only for local law enforcement but for other South European migrants themselves, particularly those who wished to set up shop at the Queen Victoria Market in Melbourne. Over time the Mafia’s influence and legacy faded due in no small part to the outright rejection and disapproval of their operations by the Italian community themselves.

Indeed, they had a totally understandable attitude, as what would be the point of migrating to a new nation only to be besieged by the problems that racked the old one? Much the same can be said of the Chinese, Vietnamese, Filipinos and South Pacific Islanders. There seems to be an initial period of turbulence before these communities eventually settle and fully assimilate. 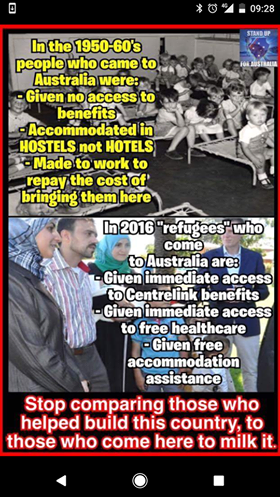 The reasonable question that most Australians want to know – with the obvious exception of the intelligentsia – is to what extent to the various groups assimilate? At what cost? And is it really worth the cost? In his masterful account of the European migrant crisis ‘The Strange Death of Europe’, Douglas Murray asks the highly valid question, ‘what exactly is the great benefit of large swathes of the world’s population relocating to the West? Are the stabbings, suicide bombings and gang rapes really worth the wide array of exotic foods?’

As a descendant of a migrant family living in Melbourne’s multi-ethnic, northern suburbs I would urge fellow ethnics to consider the reality that – if you live in this neck of the woods – we’re confronted with everyday.

I often hear the argument that the current state of xenophobia towards Muslim migrants and Sudanese is merely a repeat of the old xenophobia that beset earlier migrants such as those of Southern European descent in the 1950s. I for one, thoroughly disavow this notion. Have a look around. We’re not the same. The issues that plagued the Italian migrants and the Vietnamese are not the same as those that hinder the ability of the Lebanese and other Muslim migrants to assimilate. There are core, structural differences that insist heavily on in group preference and foster division the likes of which don’t exist among South Pacific islanders, Southern Europeans, or Asians.

(I must state for the record that I have met and grown up around many people descendant of various Islamic nations and seen them do nothing but contribute to their community and just generally be productive members of society.)

The basis for which I disagree with the above statement is the fact that each of our communities have a different set of challenges when assimilating. I will also say that for all of the issues that plague the Middle Eastern and wider Muslim community, they’ve managed to do a reasonably good job of assimilating into Australian culture, but the devil is in the detail here. The issues with assimilation differ from one community to another and in the case of many Muslim migrants, the issues are far more complex.

Here are some facts that we can’t get around: The Quran explicitly tells it’s followers to distrust other religious groups and hold them in low regard; it also frequently casts ‘non-believers’ in a negative light and promotes violence towards them; in 2016 22 out of 33 people charged with terror offences were of Lebanese Muslim descent; Middle Eastern crime gangs are unique in that they are very good at holding inter-generational grudges. So implement a Muslim ban, right? Well, no. Not necessarily.

The Quran – like other Holy texts – tends to contradict itself and contains verses which unequivocally promote peace and harmony with other groups albeit, seemingly conditional. The Quran is a bit patchy in defining who exactly the non-believers are, and without a central authority like a Pope, it can be wide open for interpretation by everyone from a Whirling Dervish to a Wahhabi.

The immigration policies – or lack thereof – implemented by the Fraser government in the 1970s during the Lebanese civil war were, simply put, a half-baked, disastrous, experimental romp through a make-believe land of altruistic lunacy. This was a fairly unique episode in Australia’s otherwise fairly good track of immigration policy. Unfortunately the Lebanese-Australians who integrated well were forced to do so alongside Islamic extremist and whole extended families devoted to organised crime. Yet even when we take all of these factors into consideration, there’s still quite a glaring difference between Middle Eastern Muslim migrants and others.

To re-invoke earlier comments of Douglas Murray, immigration cannot simply be a never ending process where in which various groups of foreigners enjoy all the benefits of a stable democracy while contributing nothing but spring rolls and halal snack packs. There has to be some benefit to the host nation not only for the simple case of common sense and courtesy, but the fact that it doesn’t benefit the migrant community to relocate to a developed nation only to find themselves swamped among a variety of people with differing ideas of how to go about life in the West. The migrants that are well assimilated are the ones that have come in under strict controls and have been doing this Western Democracy thing for some time now. The ones who don’t do it so well haven’t enjoyed much freedom at home usually due to oppressive regimes or war.

This is not an anti-refugee stance, but the primary emphasis of any altruistic measures to help the world’s most vulnerable people, should be to assist them where they are and only bring in a miniscule number of the most desperate, that are on the verge of extinction and then – most importantly – only if they’re more than highly likely to assimilate into Australian culture. The problems that afflict many of these communities can’t be fixed by simply dumping them in Australia. We’ve seen every wave of the ethnic community assimilate with varying success over the generations. Some are clearly capable of doing it better than others and some have been lucky to have been brought in under favourable conditions to their assimilation.

Let’s have another quick examination of Muslim migrants as they seem to be the subject of the most recent controversies. While many Bosnians, Malaysians and others live well among us, there is a substantial number of Middle Easterners who still cling bitterly to old tribalistic hatreds of which the Sunni/Shia divide is but one of a multitude. If after 1400 years of vicious fighting, they can’t solve their inherent problems and hereditary quarrels, how are we meant to?

If we wish to hold our communities together harmoniously we need to accept the fact that we need to hold off until we have the infrastructure and our current migrants have fully integrated. And in the case of the Muslim world, the most prudent course of action is not to allow any more immigration from the Middle East until they have brought Islam into the 21st century and it’s a benign a belief system as Judaism, Christianity, or Taoism.

Another harsh truth of immigration that we need to confront is that we have an inherent problem within mainstream Western culture.