The mercury soared in Melbourne yesterday to 17 degrees Celsius, allowing socially aware residents of the inner city to breath a collective sigh of relief, at the prospect that they may soon be able to lecture people yet again about the dangers of climate change, without receiving sharp retorts regarding Melbourne’s coldest winter in 26 years. 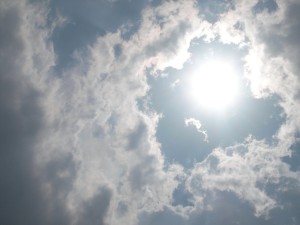 One resident of North Fitzroy was overheard half-joking that his home was a good investment, because he ‘would really love to own beach-front property in 20 years,’ followed by a nervous laugh. An Australian academic who looked vaguely familiar to The XYZ was spotted yelling on the intersection of Lygon Street and Faraday Street about the coming “angry summer.”

A resident of Collingwood approached this XYZ reporter, unsolicited, and exclaimed that “It is great that we have finally had a mild day, and we should hit 20 over the weekend! This will put those deniers back in their box, those people who are practically criminals, who have been talking about how cold Melbourne’s winter has been, and prattling on about the ‘so-called’ Global Warming Pause. Don’t they know you can’t use a one off event in a localised area to make judgements on the veracity of climate science?”

Personally, this reporter is looking forward to a few good days at the beach.