A good deal of secrecy surrounds Milo Yiannopoulis’ announcement to be made on Monday (Tuesday Australian time) concerning his next media venture. While many are speculating a solo media endeavour, he pretty much needs to be sponsored by an employer to stay in the country now more than ever.

Basing himself in England won’t cut it either. The mother country has no first amendment, and some pretty draconian ‘hate speech’ laws, so unless he plans to tone things down dramatically and become irrelevant, Old Blighty will have him imprisoned or economically ruined in no time. 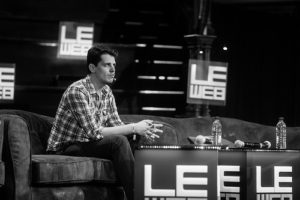 95% of mainstream and alternative U.S. Media won’t touch him either. His offending statements would be tolerated and even defended if he were left-leaning and handing his resume in to Salon or Slate, but Fox, Daily Caller, The Blaze, or just about any other conservative news site would sooner hire Richard Spencer than entertain the thought of Milo and his problematic musings about Father Michael. Few established organisations are willing to risk the equivalent of picking up a turd by the clean end.

His two most likely options are Infowars, and Compound Media. Alex Jones is no stranger to controversy and doesn’t shy away from it. Infowars has become a fairly broad church, and it isn’t inconceivable that Alex would look at a Milo programme under the Infowars banner. Milo has close to 2 million followers. Infowars has just over 715,000. Those 2 million people are a serious incentive for anyone willing to overlook ‘Groomgate’. Alex has had some strange bedfellows over the years and seems unaffected by the odd bit of collateral damage or discredit they bring with them as long as they’re interesting. Infowars has nothing to lose and everything to gain from an unholy alliance with the former Brietbart tech editor.

The second, more likely option is Compound Media, run by Anthony Cumia. Milo is on friendly terms with Gavin McInnes, part of the Compound Media Stable. McInnes was a guest on The Joe Rogan Experience last week, and while he accurately identified Milo’s comments as creepy and irresponsible, he didn’t throw him under the bus and sounded a little like Jerry Seinfeld did when he defended Kramer following his racial tirade. His words about Milo had a very P.R. edge to them, almost as if he knew something he wasn’t telling us.

Compound Media is a lads’ network, and no stranger to courting offence. They aren’t beholden to the same morality as Alex Jones, who has a decent chunk of Christian listeners. Think Howard Stern for conservatives and libertarians. Their shows are tailor-made for a select audience who aren’t easily offended. They won’t be offended by Milo, unsavoury flippant remarks or not. Anthony Cumia was fired from a lucrative gig at Sirius for his own indiscretion, so he may be more sympathetic to a fellow public shaming casualty than most. Again, Compound has just under 47,000 followers. The audience that Milo could bring across could make Compound Media bigger than Stern and Sirius. Any fledgling media organisation would be tempted to work with the devil himself for that kind of overnight growth.

So Infowars and or Compound have a great deal to gain from a working relationship with Milo if they lure him back in from the wilderness. It could take them from being deplorable outsiders to serious threats to mainstream media overnight.

The biggest loser from the whole situation appears to be Brietbart. They made their name as a punk libertarian news network, and were left with the impossible choice of keeping Milo and being discredited on moral grounds, or showing him the door (make no mistake, he didn’t choose to leave). They’ve lost an enormous amount of face, let alone one of their biggest revenue generators. This situation is arguably their biggest blow since the loss of Andrew Brietbart. As for Milo’s new venture, all will be revealed soon.