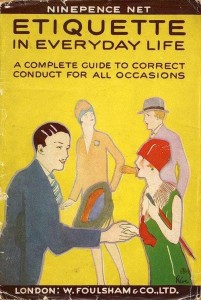 As a result of a mundane series of events (I went out to get a hair cut) I found myself this week inside a Nandos in the CBD of my city, eating friend chicken and chips alongside a café full of city workers of various description. Nothing remarkable about this scene, until the raised voice of a fellow patron broke the silence created by table after table of diners studying their phones. The guy said something funny. The other two short haired types sitting with him, wearing with baseball caps with a hint of bling around the neck, causing them to resemble low level dealers in stolen goods and soft drugs, laughed. The loud voiced guy got more animated, put down his fork, and began a long story that seemed to feature, at the beginning, an expletive per sentence, and ended with almost as many obscenities as there were syllables. His dining companions thought this was all oh so funny. When they got up to leave I noticed the young lady seated behind them, all of eighteen, furiously texting, or perhaps telling Facebook about the boneheads she had the misfortune to be seated alongside.

That was just one incident in a crowded city Nandos, this week. Probably like many reading this, I’ve encountered these sort of perpetual adolescents, both men and women, in other public places too – typically trains, trams, restaurants and cafes, and sporting events, but just about anywhere people gather. It doesn’t seem to matter who is in hearing distance – men, women, children of all ages. The perpetual adolescent has no regard for who might be within hearing distance of their conversation, and will happily reel off a foul mouthed sentence that might have made a dock worker blush in times past. I remember one especially obnoxious pig in a suit doing just that in an airport lounge a few years ago, a lounge filled with holiday-making parents and their children. This cave dweller couldn’t tell the prehistoric type on the other end of the phone about his forthcoming holiday without everything being, not awesome, but f…ing awesome, and so on.

I may be hopelessly old fashioned and out of touch, but when did it become okay to swear at will in public, without any regard for anyone else? And whatever happened to simple courtesies that used to be taken for granted – dare I say it, such as treating ladies like, well, ladies. It may all seem a bit naff, and overly nostalgic for a past age and its social customs; but something tells me the world of the early twenty first century is not much of an improvement at all on what the world of manners, customs and etiquette that went before us – a world in which men were gentlemen, women were ladies, and children were taught how to grow up to be one or the other.