During the course of my short career as a commentator, I’ve wrestled with the questions of what makes a progressive think the way they do, and how do progressive ideas spread through the culture as they do. Reading articles or watching YouTube videos that would no doubt be considered “triggering” by the mainstream as I’m wont to do, I can’t help but sit here and question my own logic processing, because what I see and read tends to make perfect sense to me, yet I’m clearly in possession of a “fringe” view.

It was released this week. In it he discusses the hypocrisy inherent in the detention of Brittany Pettibone, Martin Sellner and Lauren Southern over the weekend, and their being denied visas to enter the UK by the border agencies, when compared to the country’s appalling record of granting entry to purveyors of radical Islam.

In the video Watson runs through an extensive list of jihadists, radical clerics, and Islamic terrorists that have been granted unfettered access to the country in the past few years to preach and commit terror, taking advantage of Britain’s hospitality, and Britain’s aversion to causing offence to anyone with a remotely swarthy complexion in the process.

To check the veracity of the video, I looked into several of the examples cited by Watson, and sure enough, they check out – this is not “alt-right activism” or “hate speech” or “Islamophobia” (although that’s surely how it will be painted by the Left) but the uncomfortable truth about a country and ruling elite that has capitulated to political correctness and is devolving quickly into one in which the Thought Police control everything:

As Watson asks in the video, with the detention of Pettibone, Southern and Sellner, what sort of “hate” are the UK authorities desperate to clamp down on anyway? Surely not the sort that’s now come to light concerning the latest rape atrocity scandal in Telford, that has seemingly revealed yet another abhorrent case of young white girls being groomed and raped by gangs of “men of Asian appearance”, ignored and covered up for years [where the fuck is the #MeToo movement on this I wonder]. 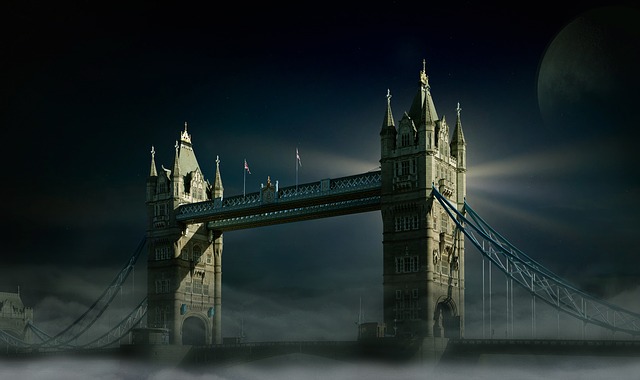 In the midst of this, and in light of the detention of Pettibone and Co this weekend, I ask myself how the hell this can be tolerated in a country as seemingly enlightened as the UK? How does a modern society so glibly accept that free speech is no longer sacrosanct without so much as a struggle? How can a government proudly announce that it’s clamping down on online “hate speech”, when for the most part the so-called hate speech amounts to no more than criticism of Islamic terrorism, regardless of whether some of it may be considered offensive?

What blinds the average Brit to this reality? What are they drinking in the morning that allows them to ignore the vision of the progressives and their multicultural utopia of evil white racists and beatific brown people?

To me the difference is not just an inherent bias and the bubble of liberal idyll, but in the quality of information presented and the willingness to look for it. I will try and illustrate with the following example.

Since 2015, there have been dozens of terror attacks in Europe and the UK, which has placed the matter of radical Islam, or just plain Islam, firmly into the public consciousness. There are full lists available on the internet of the numerous cases, but you’ll recall the most prominent of these around that time were the Paris-Bataclan attacks in November 2015, and the March 2016 Brussels bombings, both of which resulted in high death tolls.

In April 2016, the Gatestone Institute published the results of a survey of 100,000 or so British Muslims, around questions of Islam, and life in Britain. Given the mood at the time, one would have thought it would be the start of a good discussion in the UK about how Islam can exist alongside secular Britain, how it feels about Islamic terror, but this wasn’t the case. Produced originally to serve as the basis for a Channel 4 documentary called What British Muslims Really Think, the survey found amongst other things that:

In essence, what the survey results showed was a significant failure within segments of the British Muslim community to integrate, that many had separatist views and indeed one in five Muslims interviewed hadn’t entered the home of a non-Muslim in the previous year.

With no trace of irony, Trevor Phillips, the host of the documentary, goes on to note that 88% of British Muslims feel that the UK is a good place in which to live, mainly because Britain’s tolerance of intolerance allows them to do whatever they want.

Here’s the rub though; almost immediately in the days and weeks after that report was published, the media went on the defensive. Numerous progressive pro-Islam pieces were published deriding the survey results, noting Phillips was himself sowing division, and further risking alienating the Muslim community. Of course, what the Guardian glossed over was that Phillips is a much-admired BBC presenter of West Indian descent, is of a distinctly Labour-leaning persuasion, and hardly the divisive “racist” figure they claim is appealing to prejudices.

The other response from the likes of the BBC was to publish their own “comprehensive” survey of 2,000 respondents, that bemoaned the fact that the survey suggested that British people had a negative opinion of Islam, or didn’t understand “True Islam” or, you know, because Islamophobia. [Not to mention that respondees may have been influenced by recent terror attacks committed by Islamic terrorists which may have skewed the answers?]

The difference between the 650-page survey report and the reporting of it by the progressive media could hardly have been more glaring. There’s no doubt we’re living in a bi-polar, point-and-click misinformation age, one that feeds our prejudices and preferences via algorithms. But there’s also no escaping the fact that there’s a tremendous bias in the way in which issues relating to the left and right of politics are reported, with the result being the inevitable tremendous balkanisation of opinion.

When the likes of The BBC, The Guardian, The Independent or other even more progressive tabloids like Vice News refer to Brittany Pettibone or Lauren Southern as “Far Right” activists posing as journalists, or when they’re labelled as “controversial figures” for the sin of not sharing the same extreme left progressive views, the argument has already been framed, the narrative already constructed. The average reader knows “Far Right” means Hitler, doesn’t it, and to the deluded progressive acolytes that haunt the comments section of online media this is proof enough that the UK government acted appropriately to deal with “the hatemongers”. Yet this is the same media that generally reports the virulently deluded, extreme-left Antifa group in a positive light, gushing over their protests with such descriptors as “combating racism” or expressing the wish that they might inspire others to fight fascism.

I don’t have a solution for this, suffice it to say that as the Left continues to undermine personal freedoms and police speech, those of a conservatarian mindset will inevitably have to suffer the ignominy of being branded “far-right” or “racist” for daring to think freely and hold reasonable points of view about obeisance to Islam and multiculturalism. As the gap between the narrative that’s being painted by the Left’s progressive misinformation campaign and the lived experiences of the majority of ordinary citizens left to deal with real life consequences grows, watch out for the push to censor and ban ever more wrong opinions under the guise of dealing with #Fakenews as dissent grows.