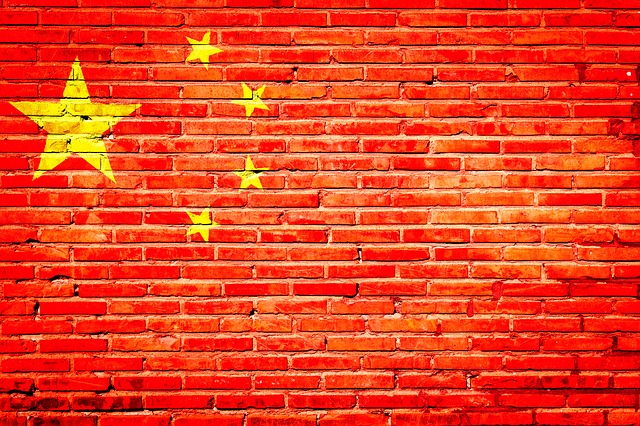 Paul Monk has never been enamoured with the Communist rulers of the Peoples Republic of China.

Some 13 years ago the former head of the Australian Defence Intelligence Organisation wrote a book called Thunder from the Silent Zone relating to China’s internal development and international policies.

The title of the book came from two factors: first, the graffiti that appeared in Beijing after the Tiananmen Square Massacre of 1989 where students used it to describe explosive anger in a repressed society; and secondly, to describe the dark threatening side generally of China’s abuse of human rights and their threatening foreign policy towards Taiwan and Japan.

Monk continued his intelligence watchman role, in a hard hitting speech to the Council for the National Interest, in Perth on August 12, lambasting some of Australia’s leading politicians and public servants regarding their craven attitude to the Communist regime in Beijing. He likened the inexorable rise of China to some of the more successful AFL clubs such as Hawthorn, the Eagles and in latter times, Richmond.

While appreciating Australian Rules as a quintessential part of the Australian fabric, Monk seemingly labelled some of our elites as being generally as unsuccessful, in dealing with China, as Collingwood (his team) has been in coping with the competition in the AFL.

Monk, observed by members of the Chinese media, said it was clear that the PRC has been deliberately and systematically extending its sway here.

Unlike the benign influences from the UK and US, China seeks to reshape who we are as a people, according to Monk.

China is different to the Soviet attempt to penetrate. We know there were Soviet spy rings in Australia but there has never been a time when pro-Soviet sentiment was widespread across much of the political spectrum, in top boardrooms, in the office of vice chancellors of leading universities, among strategic thinkers and opinion makers.

Monk said to see former prime ministers, trade ministers and ambassadors, to say nothing of current political and corporate figures, taking large sums of money and speaking out against criticism of our concern about Chinese power was nothing short of astonishing.

Monk likened it to AFL figures publicly praising soccer or rugby and insisting that AFL fans shut up for fear of poisoning relations between the codes!

Monk said it had to be concerning when someone like Andrew Robb, who had been the Australian Trade minister, could then take a $880,000 part-time job with a Chinese billionaire as soon as he had left the Federal Parliament and assume that such a position was deemed acceptable; Bob Carr, a former Labor foreign minister, is another being paid by the Chinese-funded Australia China Relations Institute; while former PM Kevin Rudd is being paid $1.2m a year to run a New York think tank, paid by a body with clear links to the PRC Government. Is it any wonder that he denounced the foreign influence bill, tabled by the former Turnbull Government, as McCarthyism?

Monk said ASIO chief, Duncan Lewis, and the recently retired Defence Secretary Dennis Richardson, have both warned that Chinese attempts to exert pressure posed a direct threat to our nation’s liberty and sovereignty. I would rather trust their words than Luke Foley, Sam Dastyari or Joel Fitzgibbon.

Monk said the Chinese had both a carrot and a stick approach in attempts to influence, citing how Australian journalist John Garnaut was treated. He was offered red envelopes with neatly packed $100 bills, sounded out for a lucrative consultancy arrangement with a Hong Kong bank, offered air tickets, hotel accommodation, five star family holiday, a job and gift bags of expensive wines. Monk said Garnaut’s ability to resist these blandishments, and later the threats of sticks, was admirable, as was Professor John Fitzgerald, a China critic, who had great difficulties in working with the Communist Party as head of the Ford Foundation in China.

Yet when publishers Allen and Unwin shied away from publishing Clive Hamilton’s book, Silent Invasion: Chinese Influence in Australia, Monk noted that WA mining magnate Twiggy Forrest became one of a series of prominent figures in this country to publicly deplore expressions of concern about Chinese influence here. Further, Forrest said that such immature commentary had to stop because it fuelled distrust, paranoia and a loss of respect,͛ while Adam Handley, of Minter Ellison, spoke of China as an ally.

Monk said double standards were at work. No-one seems to object to Hugh White calling for Australia to distance itself from America and make large concessions to China; nor call for Bob Carr to pipe down in his unapologetic apologetics to Beijing; nor call on Paul Keating to cease and desist from his calls to jettison the ANZUS alliance and go our own way by going China’s way. Monk said that these people were either for a mature debate or else supporting the Chinese Communist Party’s method of ruthlessly suppressing dissent by closing down such discussions but that they could not have it both ways.

China is not an ally, it is a trading partner, Monk said, labelling those who could
not see the difference as panda huggers.

While China’s entry into the global marketplace had been a great and good thing it was not on the verge of becoming another Taiwan – a country that had progressed in the 1980s by undergoing a real political mutation. That is not occurring in the PRC and rather than becoming more democratic it has regressed, seeking to corral citizen movements for democratic principles in both Hong Kong and Taiwan.

Monk said it concerned him when a former PM, Paul Keating, could argue that China had been better governed than other major state, bar none, in recent decades and that what does it matter if a few detainees don’t get due process!

In signalling the imminent publication of his 10th book – Dictators and Dangerous Ideas: Uncensored reflections in an Age of Turmoil – Monk said the unifying theme was the importance of freedom of speech, something singularly lacking in China. Indeed, in a book that includes Mao, Xi, Islam, Erdogan, Putin, Syria, North Korea, Iran, Taiwan, the EU etc, this potpourri signals an issue fast becoming the major internal political factor for Australia.

She may not but fortunately there are people, like Paul Monk, who still do believe in Australian Rules where freedom of speech and a fair go is paramount!