Matty’s Modern Life has been getting a little pudgy recently, so it’s probably a good thing he decided to go for a run within five kilometres of his house on Saturday. You should hear him in the vlog, he’s heaving.

Anyway, the run just so happened to take him past The Shrine of Remembrance where he witnessed Freedom Day protesters being violently assaulted by Victoria’s heavy handed riot squad.

Between desperate gasps of breath, Matty managed to speak to a few of the protesters, including Tim Boyanton, regarding their experiences on the day and how they feel about Daniel Andrews.

Last night he spoke in more depth with Tim Boyanton about the protest on Matty Rose Live.

Tune in at 9pm AEST tonight at Matty Rose Live for more analysis with Matty Rose and David Hiscox. 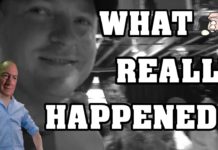 Fraser Anning EGGED in Melbourne! But What Really Happened? – Vlog 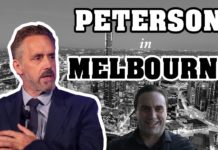