Our Judeo-Christian democracy brothers are sure doing their best to provoke Iran and therefore Russia and therefore China into a world war against us right now. 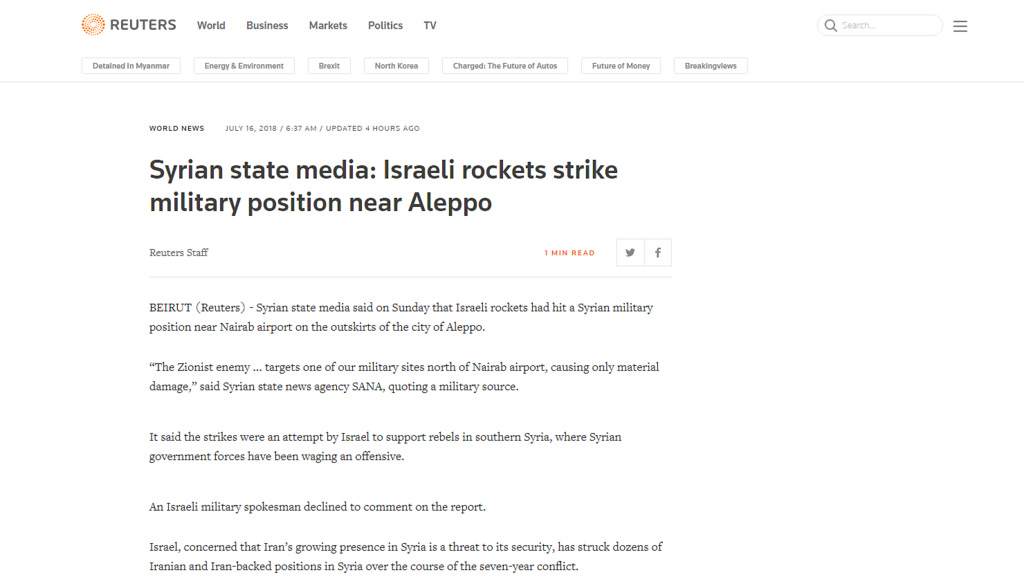 If World War III is the price we have to pay to prevent the Palestinian terrorists from throwing their babies over fences, then so be it I guess.

It’s the least we can do to bring democracy to the Middle East. 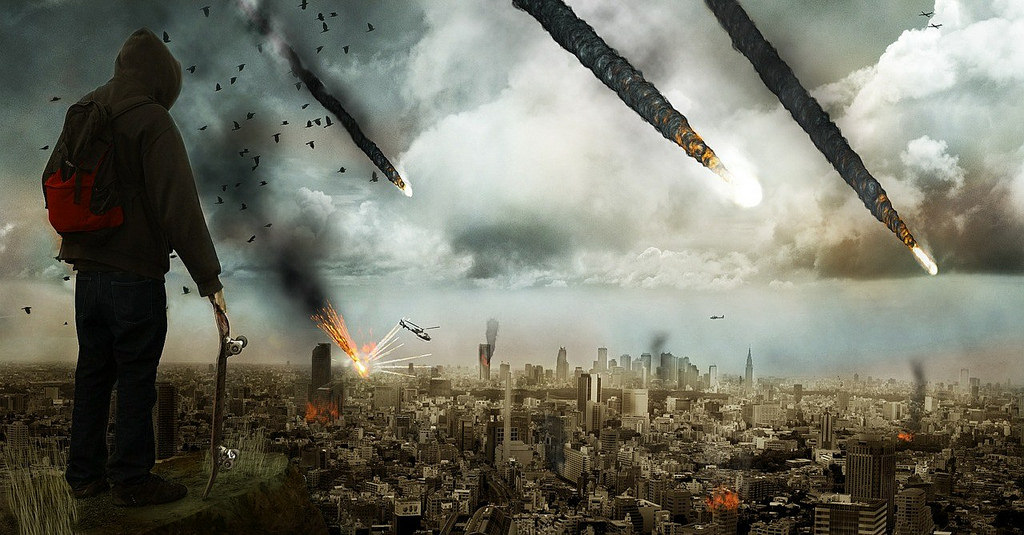 And before any of you zealous Christian Zionists call me out for exaggerating the danger, I would remind you that little countries with alliances to big countries picking fights is how very big wars start. It’s what caused the Peloponnesian War, the First Punic War, the Crusades, the First World War and the Second World War. It’s pretty much the template.

And although Trump is showing clearly his intention to repair relations with Russia, his administration is also making it clear that Russian client state Iran is in the crosshairs of the same Zionist bombs-for-democracy brigade who brought the world the delights of the ‘war on terror’ in Afghanistan, Iraq, Libya, Syria and pretty much everywhere else with auto-combusting hajjis funded by our deep state best mate Saudi Arabia.

We ask our allies & partners to join our economic pressure campaign against #Iran’s regime. We must cut off all funding the regime uses to fund terrorism & proxy wars. There’s no telling when Iran may try to foment terrorism, violence & instability in one of our countries next. pic.twitter.com/XHxd3EPaBP

#Iran continues to send weapons across the Middle East, in blatant violation of #UN Security Council resolutions. Iran’s regime wants to start trouble wherever it can. It’s our responsibility to stop it. pic.twitter.com/bJHCCbKb0h

I’m very familiar with what the programming from FOX News and InfoWars will make many conservatives say in response to this article. Any criticism of Israel or exposure of Jewish supremacism provokes the same mindless responses. The legion of BASED patriots fighting ISLAMO-FASCISM in FACEBOOK GROUPS will call me anti-Semitic, a leftist, a Nazi, a secret Muslim and probably even Hitler himself.

Whatever. No Muslim ethnic lobby group ever called me an extreme right-wing anti-Semite in order to destroy my reputation, my career and my close relationships.

But I’m not motivated by subconscious Freudian prejudice, despite what the Executive Council of Australian Jewry says. I just face facts, and I focus most on the facts that are suppressed by the powerful and the corrupt because these are the most important and dangerous facts. These are the ones that matter. And the most important fact in the world today is that the existential problems facing Western civilisation all have their origin in Jewish supremacism.

The Western Marxists who have opened our borders, perverted our kids, poisoned our families and trained us to hate ourselves have been brainwashed by ideologies developed by the Jewish left. These J-Left supremacists, who first took political power openly with the Bolshevik revolution and then used their Russian base to export orthodox Marxism to the East and cultural Marxism to the West, are still hard at work destroying the Christian civilisation they hate so much.

BREAKING: ADL’s Center on Extremism has been tracking the disturbing trend of white supremacist propaganda on college campuses. Our research shows a 77% increase over the past school year, a truly alarming spike in #hate. Read the full report: https://t.co/og5PWQOIOW pic.twitter.com/p8UcsQBp0G

Those first Bolshevik Jewish supremacists who took control of Russia in 1917 and began their half-century anti-Christian holocaust of white Russians were themselves funded by Jewish bankers in New York and London.

That’s not a conspiracy theory. It’s a fact. 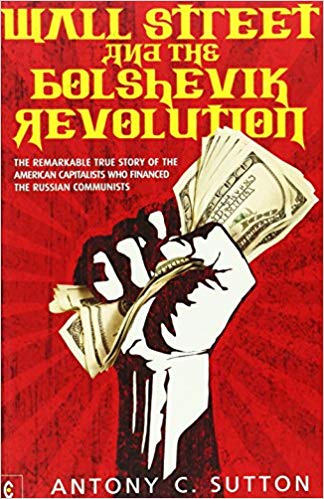 And the knowledge of these dangerous facts is spreading. Even the libertarians are realising that they had the wrong name for their enemy the whole time. 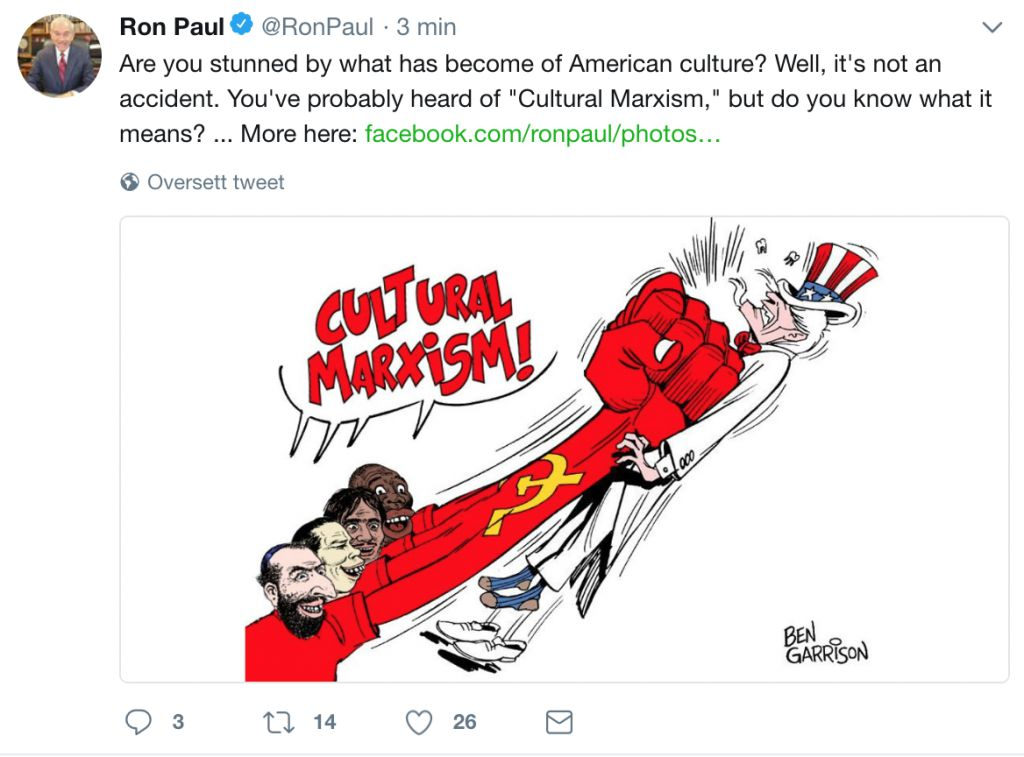 Madlad Ron later deleted the tweet. You can delete the tweet senator, but you can’t erase the truth behind it.

When you look at the ‘secular’ revolutions which swept across Europe at the beginning of the modern era, you will most often find Jews, crypto-Jews such as the conversos in Spain and Portugal and the donmeh in Turkey or Jewish Kabbalah-inspired secret societies behind them. It’s been called the Jewish ‘revolutionary spirit’.

The origins of modern secularism, indeed, are 100% kosher. The Jewish-inspired revolution which swept Ottoman Turkey around the same time as the Russian one was murderous as well. The largely Jewish Young Turks who led the revolution in Turkey sated their supremacist bloodlust almost immediately with the murder of 1.5 million Armenian Christians.

But Armenians don’t control Hollywood, so no-one remembers or cares. You can criticise Armenians all you like these days.

You may be wondering, dear and most likely hostile reader, why we took a sudden historical detour. It’s because those historical events are still causing echoes today.

Ron Paul’s ‘anti-Semitic’ tweet caused a predictable firestorm of triggered fury from the postmodern left, including on ‘the largest online news show in the world’, the Young Turks.

What a strange name for a hyper-progressive propaganda show hosted by an Istanbul-born Turk, no? The donmeh origins of the Young Turk movement are well known in the Middle East, and among Jews. Is Cenk a crypto-Jew? Perhaps. Perhaps he’s just dog-whistling to the J-Left establishment that he’s kosher too.

Throughout Cenk’s rant, libertarian Senator Ron Paul is juxtaposed with the shaved-head, swastika-tattooed Natzee from American History X (of course). Cenk’s line of reasoning is the same as in every argument we hear all day, every day from the Trump-triggered, postmodern left: That any criticism of cultural Marxism is actually an anti-Semitic dog-whistle which shows that white men who are not neo-Marxists are all Natzees.

Which is a line of argument first developed and propagated after World War II by Jewish supremacists from the Frankfurt School. But you can’t say that fact. It’s too dangerous.

That’s not my word for it. It’s from Jungian self-help dad himself. The one who was adopted into a native tribe in Canada and makes squillions telling white kids that there is no such thing as tribes. You know the guy. 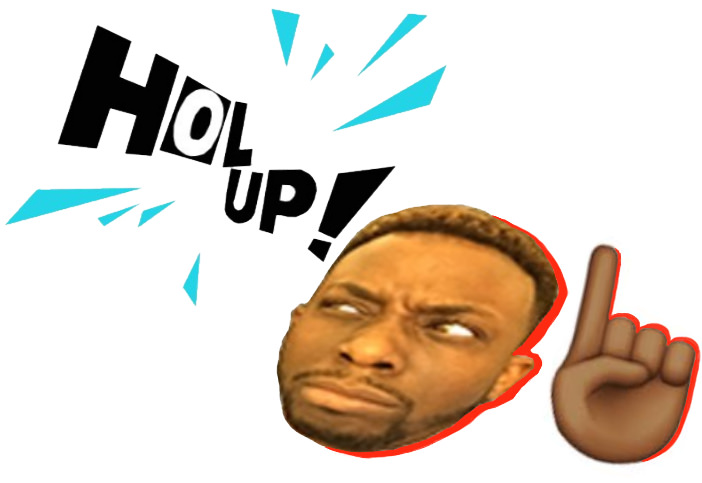 So now comparing anyone to Hitler is not only inaccurate, or hyperbolic or preposterous. 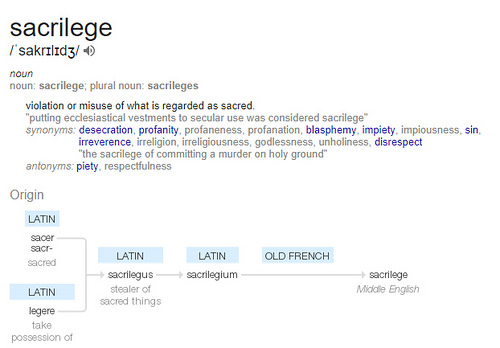 If comparing anyone to Hitler is a sacrilegious act, what’s the religion, prof?

If you listen to the rest of Peterson’s talk, that becomes clear. The best name for the religion upon which Peterson bases his ideology of hyper-individualist clean penisism is Holocaustianity.

And before anyone accuses the good prof of mis-speaking, that’s impossible. He’s always very, very careful when he speaks.

According to Peterson’s own narrative, he began writing Maps of Meaning in the 80’s as a way of trying to understand how he could have made sure he wouldn’t have become an evil Nazi gassing little Anne Franks in Poland.

Sorry, that’s inaccurate. Little diarist Annie died from disease, after being moved several times between extermination camps. Unlike these Armenian women killed by the crypto-Jewish Young Turks in 1915. 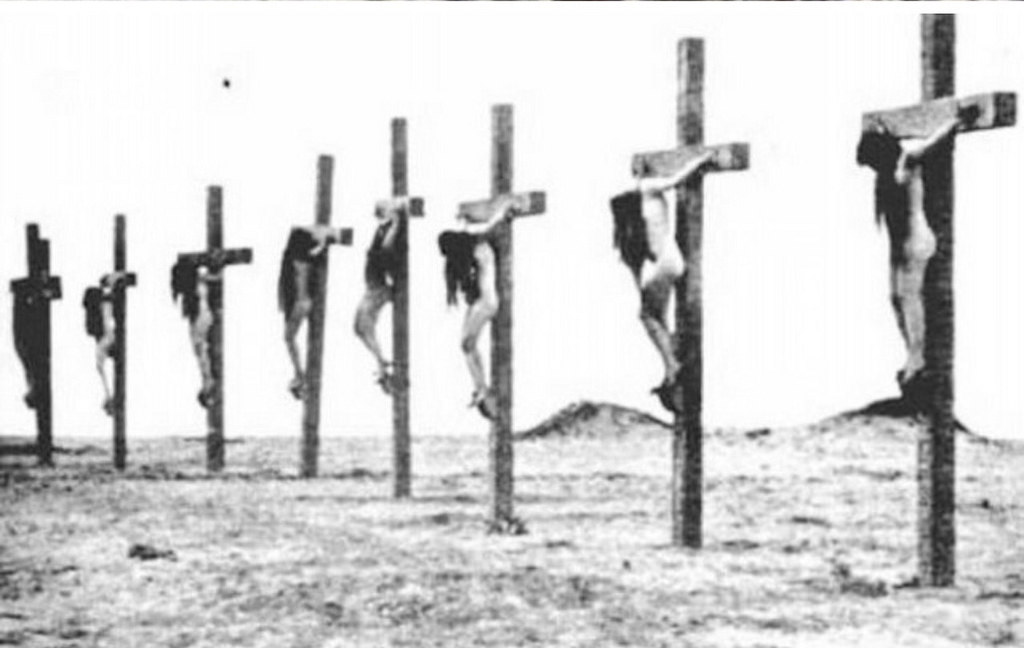 In essence then, Jordan Peterson’s ideology of clean penisism was developed in response to white guilt. Now where does white guilt come from again? 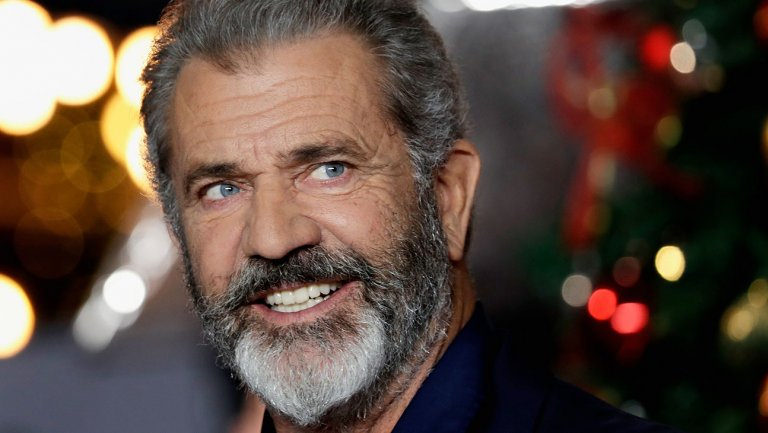 Whether it’s the cultural Marxism of the J-Left or the Zionism of the J-Right, the common element of both is Jewish supremacism and our unwillingness to call out bullshit for fear of the Jews. Were we not such naïve cowards the West would not be in such a perilous situation. 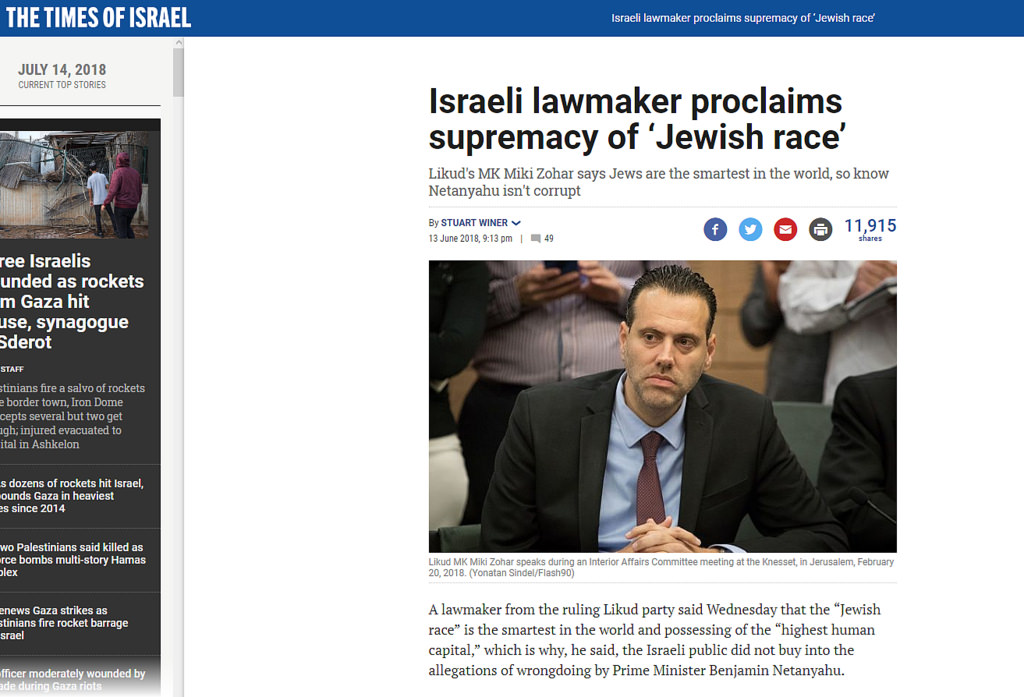 This is changing, though. Will it change in time to save our civilisation from its ancient enemies?

The Zionist supremacists in Israel, here and across the Western deep state complex are on the brink of carrying their Greater Israel plan to fruition by precipitating war with Iran. It could be a bridge too far for the Russians, and lead to global catastrophe.

We’ve been doing the bidding of the Zionists for decades now. Hundreds of thousands have died. Millions more have been broken, shattered and displaced. Trillions have been spent.

Do we really want to keep killing and dying for Zion?

It’s a question we must at least be able to ask.